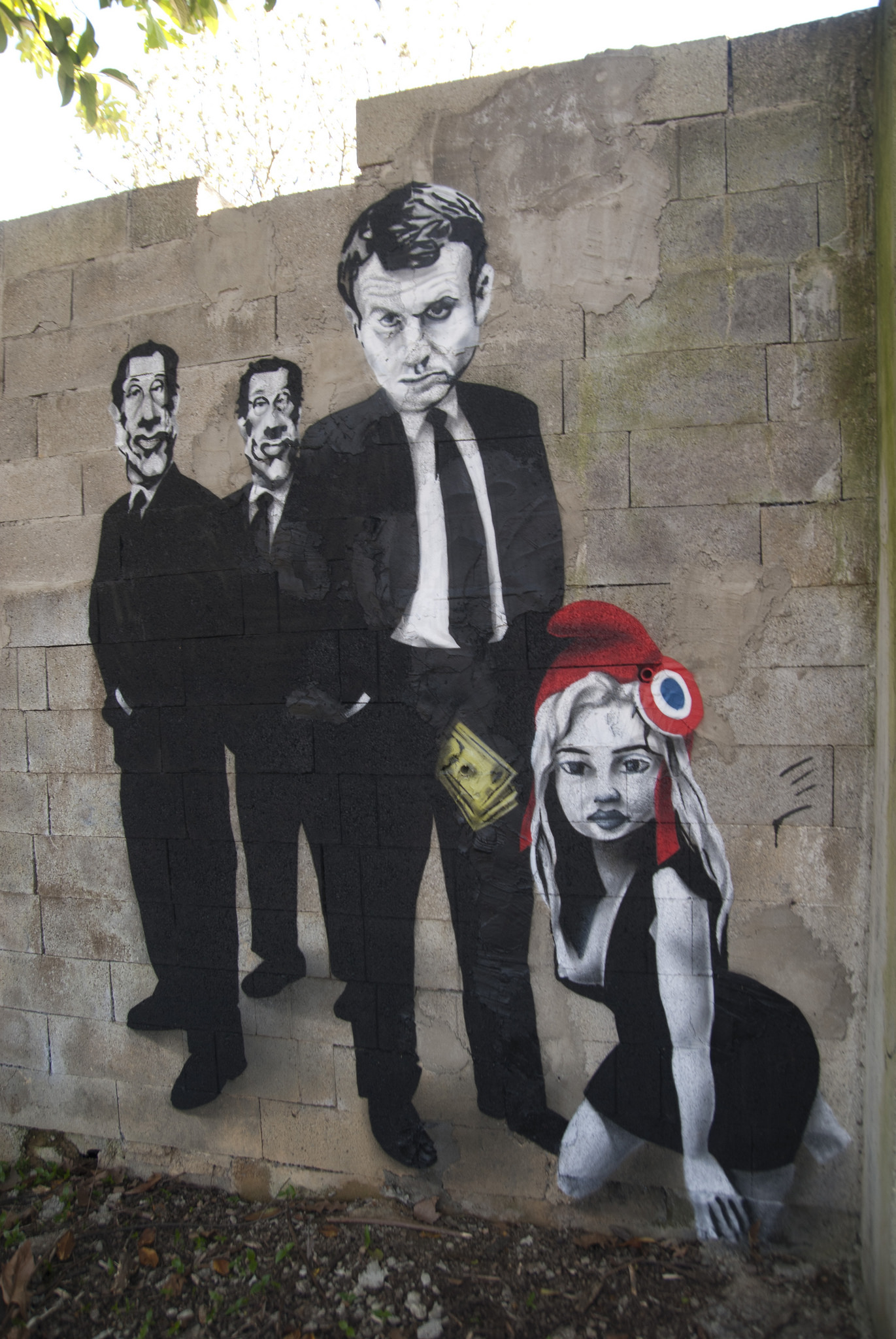 Macron’s victory in the French election has provided Progressives with another opportunity to reveal their hypocrisy, stupidity, and all-around nastiness.

I had a marvelous trip this past weekend, and came back yearning to blog, only to find waiting for me a legal project with a tight deadline. While I work on that, though, I want everyone to enjoy yet another exquisite example of Progressives on parade. This particular example is a very silly Progressive’s response to the French election, which he used as an occasion to attack his fellow Americans. As with other screeds from Progressives, the author is either a hypocrite or blessed with an extraordinary lack of self-awareness: 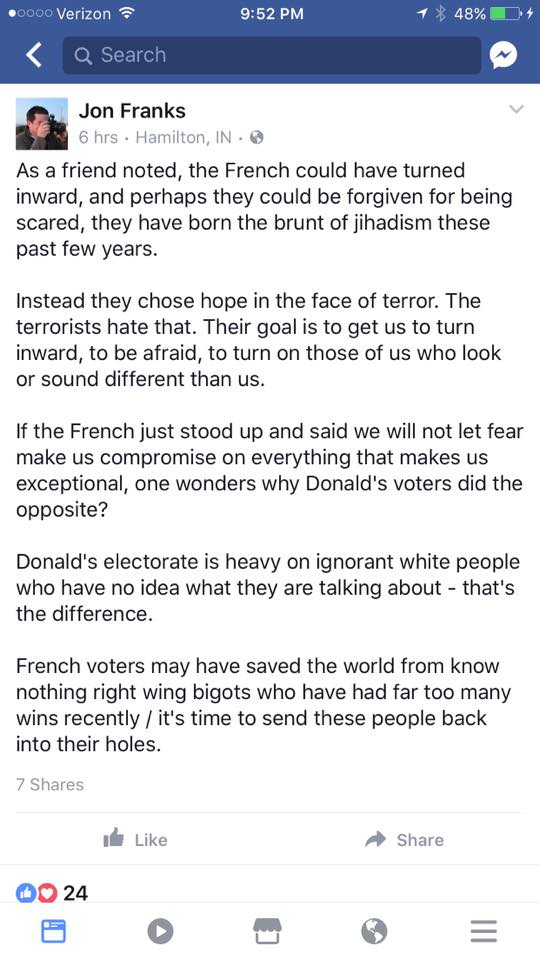 For those reading this on an iPhone, let me compress the message to reveal its idiocy or hypocrisy, whichever description you prefer. In the wake of Macron’s victory in the French election, Mr. Franks begins by praising the French people for their gracious forbearance and ends with ad hominem, exceptionally nasty insults against his own countrymen. Somehow or other, forbearance as a virtue leaked away in just three paragraphs.

Also, in the idiocy category, where in the world do Progressives keep coming up with the idea that Jihadists hate it when we yield to them? Have you seen al Qaeda or ISIS saying that? I haven’t.