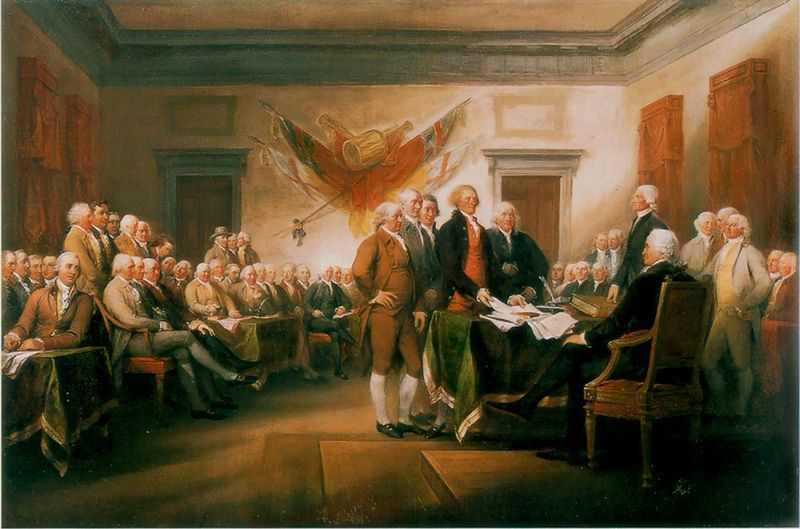 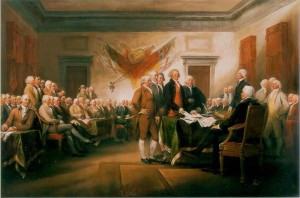 I am sure most readers of this blog are aware of the incident that occurred several weeks ago at Claremont MacKenna college, when progressive students — aided and abetted by the school administration and local police who merely stood by — succeeded in shutting down a speech by the scholar and prolific author, Heather MacDonald.  Ms. MacDonald has been researching and speaking on law enforcement issues for three decades and has proven an erudite critic of the Black Lives Matter crowd and their progressive enablers in the past administration.

In the wake of the incident, Pomona College President David Oxtoby penned an open letter critical of the rioters who shut down Ms. MacDonald’s speech.  I recently chanced upon a letter by three black students at Pomona College responding to Mr. Oxtoby. It is a horrific diatribe that gives some insights into the progressive Left’s most detestable aspects all of which are aimed squarely at undoing the Enlightenment. I’ll quote selectively from the letter, which you can read in its entirety here.

. . . Though this institution as well as many others including this entire country, have been founded upon the oppression and degradation of marginalized bodies, it has a liability [sic] to protect the students that it serves. The paradox is that Pomona’s past is rooted in domination of marginalized peoples and communities and the student body has a significant population of students from these backgrounds.

Given the substantive lack of racism in the American mainstream and the complete lack of institutionalized racism, the victim’s studies programs apparently teach that all governing systems in this country are irredeemably tarred with racism and, by their mere continued existence, somehow de facto function as racist institutions to the detriment of ____________ [fill in your “marginalized peoples” identity here].  The authors obviously see progressive paradigm as giving them absolute moral authority and the right to demand special treatment, not merely for past sins that occurred long before they were ever born, but for a dark fantasy of ongoing sins.

. . .  Free speech, a right many freedom movements have fought for, has recently become a tool appropriated by hegemonic institutions.   It has not just empowered students from marginalized backgrounds to voice their qualms and criticize aspects of the institution, but it has given those who seek to perpetuate systems of domination a platform to project their bigotry.

This is a rather unique take on freedom of speech: It only applies to people from “marginalized backgrounds.”  If you think about it, that’s a rather neat trick.

On one hand, the authors get to make the most outlandish claims — all factually inaccurate and many worthy of ridicule — in the exercise of their right to free speech. On the other hand, anyone who would challenge them by pointing out that their manifesto is the purest of cow patties is told to shut up.

Indeed, just as the word “fascism” has been redefined by the progs to mean any challenge to their preferred programs and means of governing, so have the radicalized blacks redefined the word “bigotry” to mean any intellectual challenge to their beliefs or any attempt to hold blacks to the same standard as all other people in this nation.  Actually, to clarify, you hear this only from a subset of radicalized blacks and their progressive enablers.  You will hear it rarely, if ever, from middle class blacks and blacks who have served in the military.

. . . Thus, if “our mission is founded upon the discovery of truth,” how does free speech uphold that value? The notion of discourse, when it comes to discussions about experiences and identities, deters the ‘Columbusing’ of established realities and truths (coded as ‘intellectual inquiry’) that the institution promotes. . . .

Does anyone outside of a student deeply immersed in the literature of victims’ studies understand what the authors are saying?  I am guessing that the gist is that anyone who challenges the authors’ beliefs is working against “discovery of truth.”  If so, that is about as asinine a statement as I have ever heard.

Assuming that the authors are parroting their professors, it is hard to imagine a more stinging indictment of our ivory towers, the purpose of which for the last millennium was to provide a basic foundation of knowledge and the ability to think critically.  The authors are arguing that college is a place to take in “received wisdom” without any critical thought.  How will these young people ever be employable?  In what field outside of academics?

The use of a person’s name as shorthand for a particular action only works in rare circumstance.  True, most people understand what it is for the progs to “Bork” a nominee for a position in government or the judiciary, and many a man looks forward to a good “Lewinski” on a Saturday night.  But what the hell does it mean to “Columbus[] . . . established realities and truths?”  Can anyone help here?

. . . [N]on-Black individuals do not have the right to prescribe how Black people respond to anti-Blackness.

Wrong, Skippy & Co., at least to the extent that you are claiming a right to break the law or impinge on the rights of other people to engage in or listen to speech.  Just because you want your version of “received wisdom” to dominate does not give you any right whatsoever to do anything more than argue your points in the marketplace.  And it sure as hell does not mean that taxpayers need to keep funding the obscenity that ivory towers have become.

. . . Historically, white supremacy has venerated the idea of objectivity, and wielded a dichotomy of ‘subjectivity vs. objectivity’ as a means of silencing oppressed peoples. The idea that there is a single truth–’the Truth’–is a construct of the Euro-West that is deeply rooted in the Enlightenment . . .   This construction is a myth and white supremacy, imperialism, colonization, capitalism, and the United States of America are all of its progeny.

And there you have the nub of it all.  The last two hundred years of history have played out as a competition between the American Revolution — which in fact was the apogee of the  Enlightenment period — and the socialism born in the French Revolution, followed inevitably by its afterbirth, post-modernism, also of French origin.  (Let me pause here to say that, while there have been many fine and worthy individuals of French origin who have escaped that country, the only things of redeeming value to come out of France as a nation have been certain wines and cheese and, if Bookworm is to be believed, chocolate mousse.  Otherwise, France as a nation has been a complete disaster for humanity.)

The post-modern belief that there is no “objective” truth has been a necessity for socialism’s continued viability. While it is true that any one person’s knowledge at any given point will be somewhat imperfect, that does not mean that the idea of objective fact ascertained through examination should be jettisoned in favor of . . . the completely groundless.  The ideological approach America’s colleges and universities force feed our young people is entirely antithetical to the Enlightenment idea that there are unalienable truths related to human worth and liberty.

What these students and their professors would substitute for objective fact is nothing more than their subjective feelings.  And indeed, it is only by doing so that socialism and its progeny — progressivism in the US and UK, socialism, radical black politics of Critical Race theory, color blind racism, micro-aggressions, intersectionality, and most everything associated with third wave feminism — exist and thrive in this country.  Certainly there is nothing in history nor current reality justifying their existence.

Socialism itself has such a disastrous and bloody history in the 20th and now, the 21st century, that anyone who supports it is criminally ignorant of history or an evil moron.  The same holds true with all of the other things that I have mentioned above.

Critical race theory posits that, even in the absence of actual racism (i.e., treating a person different based on their skin color or race), racism nevertheless continues to exist because it is part and parcel of institutions that somehow operate to the detriment of blacks.  Color blind racism holds that a person can commit racism while holding no racist intent, thus redefining racism as acting in any way that a prog does not like.

Micro-aggressions change racism from the objective — that is, an act motivated by the belief that a person of a particular race is inferior — to the wholly subjective feelings of a minority in response to acts devoid of racism.

Intersectionality is nothing more than a theory allowing radicalized blacks to claim dominance in the victim’s sweepstakes of all venues (something that surprised a lot of part-time feminists who took part in the Wymen’s March a few weeks ago).

And third wave feminism seems little more than an attempt by some women, mostly radical lesbians it seems, to punish men, to ween women off of heterosexual sex, and to destroy the concept of family.

The tragedy in all of this is that the Enlightenment is what allowed for the end of slavery and the development of the Civil Rights movement.  The authors either take that reality wholly for granted or, as seems more likely, are entirely unaware of that truth, having only been given a deeply twisted version of history.

Everything created by this nation in 1775 and thereafter is treated with derision because it was hand in hand with slavery in America.  The reality that slavery was not unique to America, nor was it unique to white Americans, is completely ignored.

The authors’ contempt for the Enlightenment is incomprehensible.  The seeds of slavery’s end in America had been planted in The Enlightenment, the apogee of which came when Thomas Jefferson penned the words that “all men are created equal, that they are endowed by their Creator with certain unalienable Rights, that among these are Life, Liberty and the Pursuit of Happiness.”

What the letter’s authors manifestly do not know is that the Declaration of Independence was not the first time Jefferson had uttered those words.  He first raised this idea when acting as an attorney representing a slave seeking his freedom in a court of law.

Jefferson’s timeless words about human liberty have since reverberated down through history.  It was those same words Martin Luther King Jr. quoted in calling on America to honor its promise.  That was true moral argument — and it won the day.

Where in the socialism these indoctrinated young authors embrace has anyone ever been freed?  All that has ever happened in socialism is one party has been raised up while some or other group have been identified for hate and discriminatory treatment as the cause of all societal woes.  This has proven true every time socialism has won out, from Lenin’s Kulaks to Mao’s ‘liberal bourgeois,’ to Hitler’s Jews.

The same pattern is playing out in America’s colleges and universities. In the milieu of our own ivory tower radicalism, the devils are all white males and everything that they have accomplished over time.  And while that is true today, radicalized blacks would do well to realize nothing that a group favored by socialists one day can be themselves condemned the next, all based on the interests of the state at the moment.

Let’s finish with this from the letter.

The idea that the search for this truth involves entertaining Heather MacDonald’s hate speech is illogical.

I do not think it possible to articulate a thought more dripping with irony, given that logic is the search for objective truth.

The long and short of all of this is that if these students’ detestable screed accurately reflects what our nation’s ivory towers are teaching, we are doing the students and our nation a deep disservice by allowing this to continue apace.  Truly, burn these institutions down and salt the earth on which they stood.