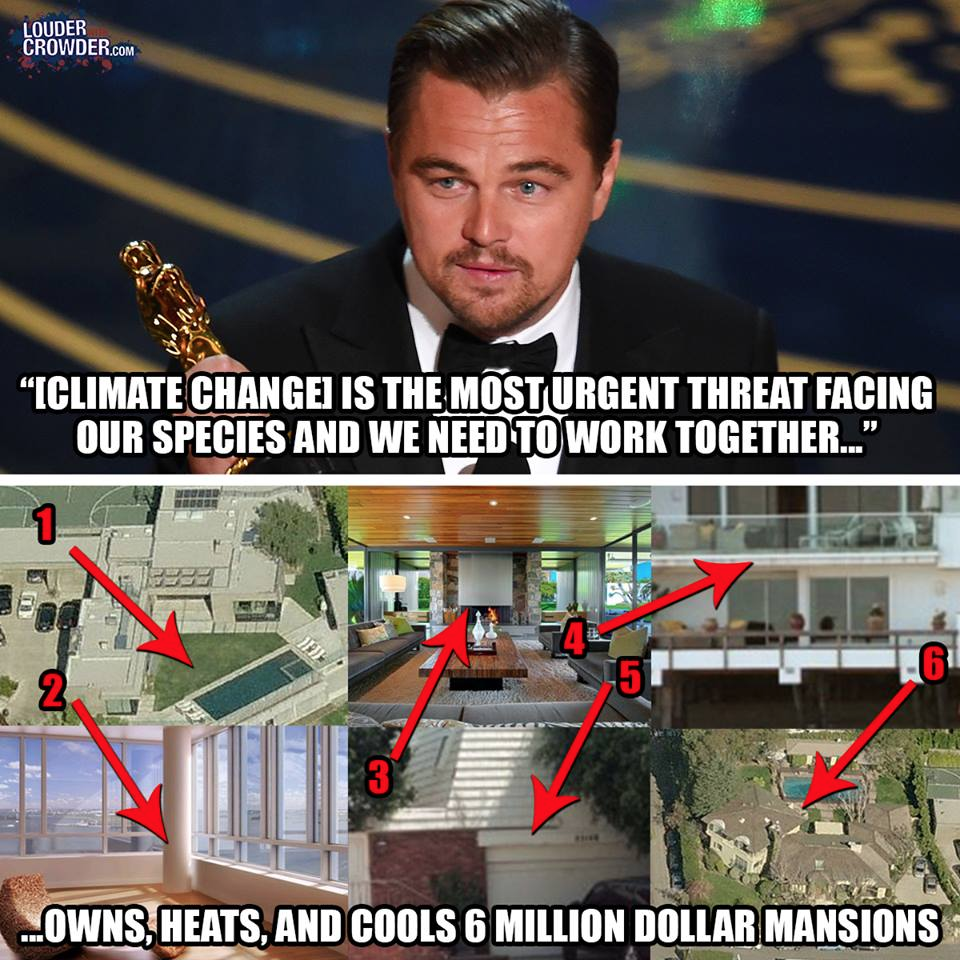 America’s Leftist elites use their power to stroke their egos and, like Pharaoh, are unconcerned when ordinary people suffer from their hypocrisy.

One of the (many) good things about the Trump era is that Victor Davis Hanson seems to be on a perpetual roll, swatting away both the #Resistance crowd and the #NeverTrump crowd. His latest offering points to the epic hypocrisy that characterizes Leftist elites who have control over our schools, our media, our entertainment empire, and our bureaucracy:

So perhaps what drives proverbially average Americans crazy is not the success and money of others, but the condescension and hypocrisy of what a particular elite says contrasted with how it lives: The disconnect recalls the Reverend Jimmy Swaggart, the televangelist who on Sunday mornings three decades ago used to break into tears as he loudly condemned the sins of the flesh, while he privately indulged his worldly appetites.

Wealthy white college kids chant about the demon white privilege, going so far as to help demand racially segregated safe spaces, dorms, and, in one case currently in the news, temporary expulsion of white people from campus. They rage against a privilege that they enjoy and that their perceived targets — the unenlightened middle of America — do not. Yet one easy way of ending white privilege, to the extent that it exists, among elite enclaves would be to send one’s children to public high schools rich in diversity.

One wonders how many hecklers and disrupters at Middlebury College, to take one example, chose prep school when there were better opportunities to mingle with minorities at inner-city schools? And if they really wished to address culpable whites, shouldn’t the college sponsor field trips to rural Pennsylvania or southern Ohio where such chanting demonstrators might more directly address the targets of their ire?

If one believes that charter schools and vouchers weaken the public-school system, then an effective way to counter such challenges would be to put one’s own children in public classrooms rather than to deny the poor the ability to disconnect from the public schools for the same reasons that so many elites have. One of the most surreal paradoxes of Washington, D.C., is the number of progressives (including the former president of the United States) who put their children in Sidwell-Friends while passionately opposing charter schools and vouchers.

The list of progressive paradoxes is limitless: handgun possession by the law-abiding is a supposed catalyst for violence, but not for security details who surround Hollywood and political celebrities. Elites lecture Americans on their supposed – isms and -ologies (sexism, racism, nativism), but when such sins are endemic to Middle Eastern societies abroad or indeed among immigrant communities inside the West, they are paternalistically excused or ignored.

In the same excellent article, VDH also takes on the grotesque climate hypocrisy that characterizes these Leftist elites. I think, though, that Glenn Reynolds did an even better job, especially insofar as he used a disingenuous tone that carefully avoids giving direct insult to those deserving of insult:

But if climate change is really such a crisis, and if sacrifice on our part is needed to stop it, then why aren’t we seeing more sacrifice from people who think it’s a problem?

That’s what one person asked on Twitter: “What if climate scientists decided, as a group, to make their conferences all virtual? No more air travel. What a statement!” And what if academics in general — most of whom think climate change is a big deal — started doing the same thing to make an even bigger statement?

It would be big. And what if politicians and celebrities stopped jetting around the world — often on wasteful private jets instead of flying commercial with the hoi polloi — as a statement of the importance of fighting climate change?

And what if politicians and celebrities lived in average-sized houses, to reduce their carbon footprints?  What if John Kerry, who was much put out by Trump’s action, gave up his yacht-and-mansions lifestyle?

What if, indeed? One reason why so many people don’t take climate change seriously is that the people who are constantly telling us it’s a crisis never actually act like it’s a crisis. They’re all-in for sacrifices by other people, but never seem to make much in the way of sacrifices themselves.

Leftist elites in America and in Europe are the world’s new Pharaohs. Ensconced in their gated communities, ivy covered towers, and sparkling skyscrapers, they virtue signal by imposing on the little people (that’s all of us) policies that they will never (and that they know they will never) follow.

And with the idea that these Leftist elites are the new Pharaohs, I hark back, as I so often do, to my insight about the reason the Exodus story involves Ten Plagues when one plague — and the attendant suffering of the Egyptian people — ought to have been enough for Pharaoh to let the Jews go:

There’s a . . . profound purpose behind the ten plagues, and that is to remind us of the tyrant’s capacity for tolerating others’ suffering, as long as his power remains in place.

What Pharaoh discovered with the first nine plagues is that life can go on, at least for the ruler, despite an increase in the burdens placed upon his people. A blood filled Nile River may, at first, have seemed appalling, but the red receded and life went on. Pharaoh still held together his government. The same held true for each subsequent plague, whether lice or boils or wild animals or frogs, or whatever: As long as Pharaoh could maintain his power base, he was okay with the incremental decimation visited upon those he ruled.

Sheltered in his lavish palace, Pharaoh might worry about a populace starving and frightened, but that was irrelevant as long as that same populace continued to fear and worship him. The people’s suffering, ultimately, was irrelevant to his goals. It was only when the price became too high — when Pharaoh’s power base was destroyed because his citizens were destroyed — that Pharaoh was convinced, even temporarily, to alter his evil ways.

As long as America’s new Pharaohs are insulated from the evil of their ways, they will not change. Fortunately, we Americans are no Egyptian slaves. Instead, we can still vote and we must vote. Indeed, we must vote in overwhelming, completely overpowering numbers, not just to offset the vast wealth and institutional power the Progressive Pharaohs hold, but also to prevent any complaint from anybody that a liberty-loving victory is a marginal anomaly that can be ignored or destroyed.