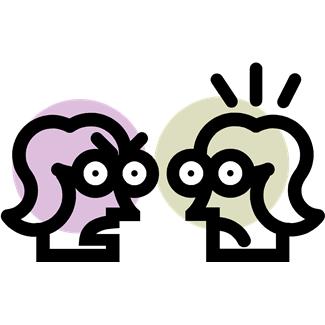 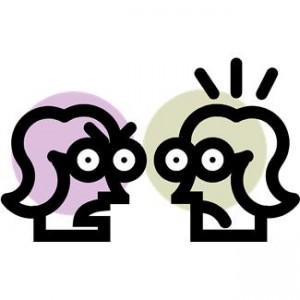 My trip to Bend, Oregon, which involved a lot of contact with fellow travelers, reminded me once again what a classist society America has become. That’s not to say that America wasn’t a class society before, of course. We had our white collars and blue collars, our urban and rural, and our rich and poor. But as Charles Murray said in Coming Apart: The State of White America, 1960-2010, it used to be in America that, at least through high school, the children from these differing backgrounds attended the same school.

That’s not true anymore, at least not where I live. Rich children go to fancy, incredibly high-performing public schools (although they’re still handicapped by the terrible California curriculum, which stuffs children with information — often Leftist in orientation — rather than knowledge), while the poor children too often attend barely-glorified prisons.

The exception in my region is the private schools. There, the students are the rich man’s children and his gardener’s children. The former pay full fare; the latter get scholarships. The middle class can’t afford the tuition and don’t get financial aid, so they’re missing from those schools.

What I don’t remember from my growing up years was the vicious snobbery that’s emerged in the 21st century. In the 20th century of my childhood and young adult memories, people had a better sense of economic fluidity. The poor could become rich and the rich could become poor. It stopped the rich from becoming too arrogant and the poor from becoming too much in thrall to a class warfare mentality.

In the years since then, the upper echelons, both economically and professionally, have become arrogant beyond imagining, something they align with a cloying Leftist sentimentality about poor people and their needs. That cloying sentimentality sees them immured in their mansions preaching Leftism to masses — all the while carefully avoiding telling the masses that, rather than destroying middle America in an effort to obtain “economic equality,” these masses should do what the preachers do; namely, education, job, marriage, children, in that order.

There’s a tremendous snobbishness in this “do as I say, not as I do” attitude towards the poor. Today’s rich deprive the poor of information and feed them the modern opiate of the masses, which is welfare not religion.

In 2008, one of my Leftist friends found Sarah Palin deeply offensive. It wasn’t so much her politics as her very being the antithesis of the Ivy League-educated, urban-living, milk-chocolate colored Obama. Palin offended simply because she was a state college-educated, semi-rural resident.

In other words, irrespective of her abilities and beliefs she was, as my friend said, “Not one of us.” Rather than disagreeing with her politically, he despised her personally.

The Progressive response to Trump is the Palin effect on steroids. Who cares that he’s an accomplished businessman who’s been remarkably successful and has a reputation for finishing what he starts, speedily and under budget? With his Queens’ cadences, his anti-intellectual mien, and his old-fashioned ogling of women, “he’s not one of us,” and therefore deserves to be despised.

That “you deserve to be despised” is new in America. Yesterday’s “I disagree with you” has morphed into today’s “I hate you.” This attitude shows up on both sides of the political aisle, but the Left really excels at hatred — as the attempt to decimate Republican leadership the other day shows.

The reason I’ve been thinking about this is because whenever I travel, Blue people automatically assume I’m pro-Obama and anti-Trump. I meet the class metric: although I’m not Ivy League educated (as if!), I went to two top ten public universities; I’m a professional; I live in one of America’s most prestigious communities; and I ooze an unpleasant pedantic quality. Clearly, I’m a Progressive.

I’m always of two minds when people make that erroneous assumption about me, the ultimate class traitor.  Part of me wants to say, “Nope, I love Trump.” The other part, the one driven by cowardice and curiosity usually wins and I don’t say anything. The cowardice is because my parents raised me not to make waves ever (“you can killed that way”); the curiosity is because unguarded people say interesting things.

On this recent trip, I met a charming individual who refers to November 8, 2016 as “that terrible day,” refuses to read any books with male authors (in solidarity with victims of Trump’s rampant sexism), imagines gays in concentration camps,, and is sure that, without the Paris accord, our earth will burn. I’ve learned that it’s no use to explain to this person, or any others similarly situated, that nobody is tracking her reading habits, that Trump was the first developer in New York ever to hire women to manager major projects, that he was for gay marriage before either Hillary or Obama had their politically-convenient epiphanies, and that the earth hasn’t warmed in decades, not to mention the fact that humans have always done better with a warm earth than a cold one.

With Progressives, nothing penetrates and you only make them angry. It’s kind of like poking a snake with a stick: Do it only if you’re ready and able to defend yourself against any and all attacks.

Victor Davis Hanson and Dennis Prager have both stated that we’re in the midst of America’s second Civil War. I think they’re right. While too many of us weren’t looking, our society shifted in such a way that we went from “I could be you, whether you’re rich or poor,” to “I disagree with you,” to “I despise you,” to “You deserve to die and I’m sending my maddened minions to do the job.” This is a precipice, we’re in the act of falling, and I don’t know whether it’s possible to pull back from this free fall.