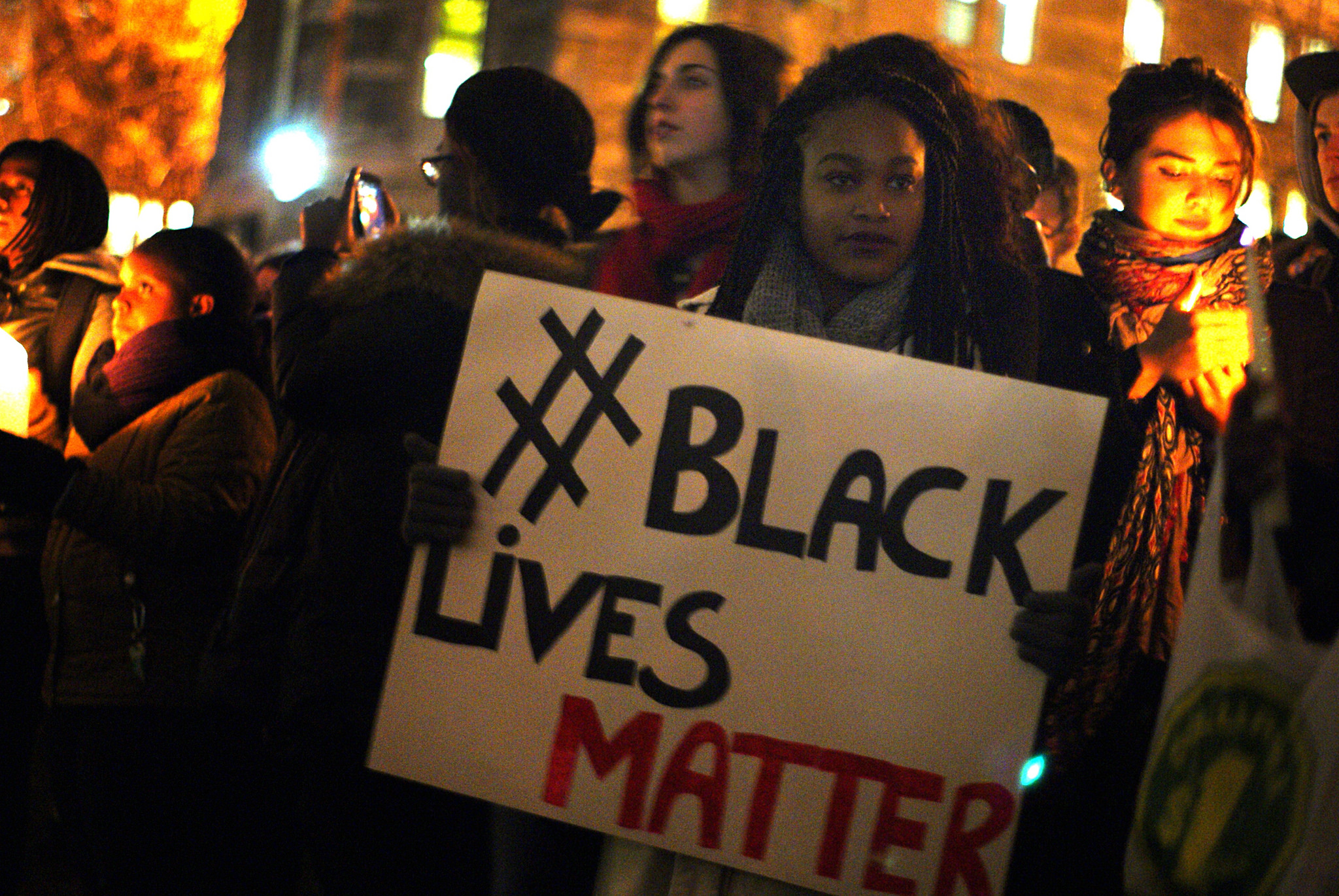 The Black Lives Matter movement will be a dead-end until American blacks start focusing on the scourge of missing fathers in their poorest communities. 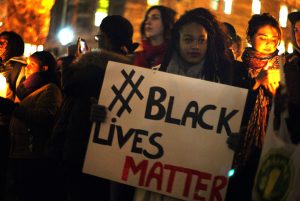 Buzzfeed, of all places, has an excellent article about the turmoil in the upper echelons of the Black Lives Matter movement. The article was a reminder, if one was needed, that the Black Lives Matter movement is an entirely outward looking movement. That is, it targets non-blacks — in law enforcement, education, employment, etc. — and demands that these people and institutions change for the benefit of American blacks.

As best as I can tell, the Black Lives Matter movement never had an inner focus, looking at the black community to see what changes it can make to improve the quality of black lives, including those black lives that intersect with law enforcement, education, etc.  Indeed, at least on college campuses, as one looks at self-segregation and demands that education be brought down to an infantile level, ostensibly to benefit blacks, the Black Lives Matter movement seems to have had a negative effect on blacks, leaving them less, not more, capable of functioning in the world of money and power.

This is a shame because there is one thing above all things that the Black Lives Matter movement can do to ensure that black lives do in fact matter — that thing is to encourage the magical middle class model of education, job, marriage, and family, in that order. Even more, within that model, black lives activists should push for a dynamic in which heterosexual couples have monogamous relationships that see the man stick around to parent his children.

Study after study shows how much fathers matter. When it comes to girls, girls with supportive fathers are happier people who engage in safer relationships with the opposite sex:

The hallmark characteristic of a fatherless daughter is fear of abandonment. Because they never got the direction needed from a father figure, they learn to make up their own survival playbook. This can lead to negative coping skills such as sexual promiscuity, total avoidance of intimacy, isolation, substance abuse, anxiety and depression.

Fatherless daughters report having difficulty in relationships and in the workplace interacting with men because they were never taught how to feel comfortable with a man in their father’s absence. They can also carry into adulthood conflicting issues with their mothers from becoming her caretaker for a time or witnessing so much chaos in the home. Financial distress or poverty often follows father loss, and this can have a significant impact in every area of a girl’s upbringing.

For boys, having an engaged father is also a huge benefit, particularly when it comes to staying out of trouble and having healthy relationships with women:

– A study using data from the National Longitudinal Study of Adolescent Health explored the relationship between family structure and risk of violent acts in neighborhoods. The results revealed that if the number of fathers is low in a neighborhood, then there is an increase in acts of teen violence. The statistical data showed that a 1% increase in the proportion of single-parent families in a neighborhood is associated with a 3% increase in an adolescent’s level of violence. In other words, adolescents who live in neighborhoods with lower proportions of single-parent families and who report higher levels of family integration commit less violence.

(For a whole litany of the ills that come for fatherless children, check out the National Center for Fathering’s full summary.)

Naturally, there are situations in which the father, through no fault of his own, cannot be around. Thus, fathers who pass away or go off to war obviously have no control over their continued relationship with their children. Likewise, if a mother is bound and determined to have a divorce, for good reasons or bad, the court might deprive the father of access to his children. Moreover, this is a good thing if the divorce results from a man’s abuse towards either his wife or his children.

Seen in this negative light, there really isn’t a lot of incentive for women in a “bleh” marriage to stay married or to give their children access to a father. If you’re invested in the idea that a woman needs a man like a fish needs a bicycle, you’re likely to forget that children need a father like human life needs oxygen.

Another barrier to fathers is the way in which our welfare system gives women an incentive to ditch men. If you’re a single mother, you get a broad range of welfare services, from food stamps to free healthcare to subsidized housing. Getting married to a working man, no matter how small his salary, diminishes these benefits. Conversely, having more children out of wedlock, without a stable male partner, increases them.

Second, if you’re thinking the welfare life is a distasteful, marginal existence, you’re thinking through your middle class prism. The reality is that poverty as it has historically existed — meaning people starving to death on the streets — does not exist in America. Instead, American poverty means a small dwelling in a lousy neighborhood with cheap, low-quality food and clothes from thrift stores or Walmart’s. Unlike Third World poverty, the poor in America have all their basic needs met — i.e., shelter, food, and clothing, and up to and including smart phones — but the quality of everything is low.

While low quality may bother you, I can attest from time spent with the other half, the non-upper-middle-class half, that this low quality isn’t necessarily repugnant to everyone. There are a lot of people who are happy with basic shelter, a full stomach, thrift store or Walmart’s clothes (and you can get great stuff at Walmart’s, including good food), a bottle of beer, and a bit of spleef. The fact that your car is a junker and your home a wreck may not matter if you don’t have to work. And honestly, if you’re stoned all the time, too many in the welfare class seem to be, you’re not a very good worker to begin with.

This is a world in which women can live without their child’s father, and in which many have a different absent father for each child. Indeed, a rotating crop of men may be the norm — and that rotating crop, sadly, is even worse for children than having no father at all. Living with a boyfriend or stepfather can be as dangerous to a child as living with a hungry pit bull:

These fatherless cohorts are black lives that, sadly, don’t seem to matter to the ones producing them. No wonder, then, that New York has at times produced more aborted black fetuses than living black babies. Again, in the dysfunctional word of fatherless poverty (with men fulfilling a biological function and then disappearing), these black lives truly don’t matter.

I used to serve on a school board that was trying to get grants for certain projects. One of the things I learned then is that, if the school community doesn’t first have 100% participation in the project, even if some people can only contribute a dollar or two, the grants just won’t happen. After all, why should a third party care more about the school than its own community does?

The same holds true for American blacks. Until they start treating their own lives with reverence — following the path of education, work, marriage, and children with a present father — why in the world should the rest of America take them seriously?

Please understand that I don’t intend my statement to mean that non-black Americans, watching the savage chaos of America’s inner cities, have license to abuse and destroy blacks. I’m saying, instead, that human nature is such that it’s very hard to bully, cajole, or even bribe people to get excited about a problem that seems to be intractable at its roots because those with the problem keep demanding that others save them without modifying their own behavior. In other words, if your behavior, as opposed to your rhetoric, shows that you don’t matter to you, why should you matter to me?

Black lives matter needs to clean its own house. Once its done that, I think it will be surprised at (a) how well blacks do even without making demands on greater America and (b) how any demands will be met with more enthusiasm and follow-through.

Coda: Apropos black lives and their interaction with police, this post is not meant to give police a free pass. I believe that, for the most part, police do their job well and have no murderous animus towards blacks. Having said that, police do make mistakes or act viciously.

The full video now released showing the lead-up to and death of Philando Castile reveals a police officer making a dreadful decision. Those Leftists who claim that the NRA should be speaking up about this shooting are correct. Castile did everything a legal gun owner should do and he still ended up dead because a police officer either panicked or was a genuinely cold-blooded killer. David French has a good and thoughtful post on this subject.