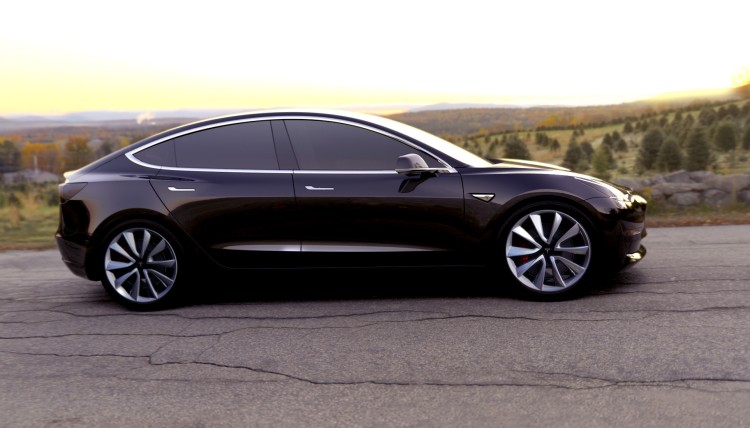 Tesla owners shouldn’t be proud about their “green” machine. Instead, they should be embarrassed about a rich person’s car paid for by poor people’s money.

A friend of mine here in affluent Marin is very excited: He just bought a Tesla yesterday. I was less excited. While I can appreciate the Tesla’s elegant design, powerful electric engine, and innumerable high-tech gadgets, I think the Tesla is a fundamentally immoral car. It is, quite simply, a car for rich people that is paid for by poor people. It’s the 21st century version of the old French ancien régime, and we know how that ended up.

The Tesla is fundamentally a product of crony fascism. Back in 2015, Phil Kerpen detailed the way Elon Musk has gamed the system, and I doubt much has changed since then:

Tesla’s flagship automobile, the Model S, would not only fail to make money in a free market, it would likely bankrupt any company that tried. As the Los Angeles Times reported, Tesla’s “cars themselves aren’t making the company any money.” A Model S with a typical options package sells for more than $100,000, but that is literally tens of thousands of dollars less than it costs to manufacture and sell.

How, then, does Tesla make its money?

Less well-known are the hidden subsidies that flow directly to Tesla, thanks to “zero-emission vehicle” (ZEV) credits. ZEV credits are a mandate dreamed up by the bureaucrats at the California Air Resources Board (CARB), which requires manufacturers to build and dealers to sell an arbitrary number of “zero-emission” vehicles each year. (Note that these vehicles are actually “zero-emission” only in the unlikely event that the electricity used by the car comes from a zero-emission source — which, of course, would also be heavily subsidized.)

Tesla’s Model S generates four credits per unit sold. This means the company can sell $20,000 in ZEV credits to other manufacturers for each Model S sold — a cost borne by purchasers of other cars.

And that amount used to be even higher. Because ZEV law is so arcane, Tesla was able to game the system for additional credits; for example, it was able to generate an additional three credits per vehicle when it demonstrated to CARB that its batteries could theoretically be rapidly swapped. But in fact the battery-swapping pilot program is more than a year late getting started. Nonetheless, those extra credits netted the company an additional $15,000 per car sold — and the company is now trying to get them reinstated.

In 2013, ZEV credits to Tesla totaled $129.8 million — to a company that lost $61.3 million for the year on its actual manufacturing and selling operations.

In 2014, Nevada lavished the company with one of the biggest corporate-welfare packages in history: In exchange for building a battery-manufacturing facility near Reno, Tesla will pay no payroll or property taxes for ten years and no sales taxes for 20 years, and will receive $195 million in cash via “transferable tax credits,” which can be sold to other companies to satisfy their Nevada tax bills. All of this amounts to a $1.3 billion giveaway.

Tesla and its apologists constantly tout the fact that the company paid off its hefty $465 million taxpayer-subsidized loan from the Department of Energy early, but they don’t explain why: Had the loan not been paid early, the U.S. Treasury stood to grab a significant portion of the company’s increased stock price by exercising warrants. Capitalizing on the subsidy-stoked electric-car mania that pumped its stock to record levels, Tesla issued $450 million in new stock to pay the loan early and cancel those warrants. The shrewd deal cost taxpayers about a billion dollars, leading Scott Woolley to conclude: “Tesla is worse than Solyndra.”

Tesla has effectively socialized its costs through subsidized loans, tax credits, abatements, and regulatory schemes while privatizing its gains by canceling the warrants owned by taxpayers.

All those who are so smug about fuel efficiency ought to be ashamed because they gain that efficiency on the backs of those who cannot afford Teslas.

Nor is it a defense for those who have bought into the Tesla idea to contend that the Tesla Model 3, which just came out, and that starts at a so-called “mid-range friendly $35,000, expiates the sin of Musks’ ongoing thefts from taxpayers. The reality is that, in a post-Obama world, the taxpayers funding the car cannot afford that either.

In a fascinating article, Edward Luttwak contends that the car prices explain why Trump won and why he’ll keep winning. Hint: It’s because the majority of Americans can’t afford even a “mid-range friendly” car (emphasis mine):

Long-term processes of income redistribution from working people to everyone else, non-working welfare recipients as well as the very rich, had been evident for at least two decades.

In the dramatic crescendo of the 2016 elections that gave Trump to the United States and the world, very possibly for sixteen years (the President’s re-election committee is already hard at work, while his daughter Ivanka Trump is duly apprenticed in the White House that, according to my sources, she means to occupy as America’s first female President), none of the countless campaign reporters and commentators is on record as having noticed the car “affordability” statistics distributed in June 2016 via www.thecarconnection.com. Derived from very reliable Federal Reserve data, they depicted the awful predicament of almost half of all American households. Had journalists studied the numbers and pondered even briefly their implications, they could have determined a priori that only two candidates could win the Presidential election – Sanders and Trump – because none of the others even recognized that there was problem if median American households had been impoverished to the point that they could no longer afford a new car. This itself was remarkable because four wheels and an engine might as well be grafted to Homo americanus, who rarely lives within walking distance of his or her job, or even a proper food shop, who rarely has access to useful public transport, and for whom a recalcitrant ignition or anything else that prevents driving often means the loss of a day’s earnings, as well as possibly crippling repair costs. But even that greatly understates the role of automobiles in the lives of the many Americans who do not have private jets and do not live in New York City or San Francisco, for whom a car provides not only truly essential transport, but also the intensely reassuring sense of freedom depicted in countless writings and films, which reflect the hard realities of labour-mobility imperatives even more than the romance of the open road.

After a rundown of the way the campaign played out, including Bernie’s abortive run and Hillary’s pitch to the wealthy and victimized (all of which is worth reading), Luttwak gets to the point about cars, and he’s not talking Teslas:

That is why the car affordability numbers revealed in June 2016 were so vastly significant in determining the outcome of the elections. Going by metropolitan areas, they extracted maximum affordable car prices from median incomes. The latter ranged from the stellar $87,210 of San Jose in the opulence of California’s Silicon Valley, all the way down to the $24,701 of deindustrialized Cleveland, Ohio, numbers that in turn yielded maximum affordable price limits of $32,855 in San Jose, and $7,558 in Cleveland – not actually the lowest number, which was Detroit’s $6,174, owing to high average insurance costs in that crime-afflicted city (at $1,131.40 per annum, as compared to Cleveland’s $659.47).

What made these seemingly obscure numbers nothing less than momentous was that the cheapest new car on sale in the United States in 2016 was the Nissan Versa sedan at $12,825, twice the level that average households could afford in Detroit or Cleveland, and more than average households could afford in cities ranging from Philadelphia, Orlando, Milwaukee, Memphis, Providence, New Orleans, Miami and Buffalo, as well as, a fortiori, in a very great number of smaller localities across the United States, even in high-income states such as California and Oregon, as well much more commonly in the lower-income Southern and rust-belt states.

In other words, the allegedly affordable, tax-payer subsidized Tesla Model 3 is still a car that only the rich in our 21st century ancien régime can buy.

In the lead-up to his purchase, my friend who bought the Tesla wasn’t interested in the details behind Elon Musk’s gaming the poor to make money from the rich. As far as my friend was concerned, the fact that Elon Musk has managed to design and manufacture a really quite amazing bit of engineering shows that the government investment was a good one.

With this attitude, my friend truly couldn’t comprehend what I meant when I said that the government shouldn’t be picking winners and losers, and friends and enemies, in the marketplace. He also failed to understand when I said that the government isn’t gambling with its own money. Instead, the government has money only because it forcibly takes it from ordinary people. (And please note that money taken from corporations is also taken from ordinary people because corporations pass these costs on to consumers in the form of higher prices for goods and services. For rich people, these higher prices are a marginal cost they can afford; for poor people, they are expenses that can break the bank.)

If the Tesla is really so great, I said, the free market ought to have funded it. Believers who can afford Tesla-style cars in the first place would put their money where their preferences are, and hope that the car could make it on its own. That would also ensure that buyers would pay the real cost of the car, not a pretend, government-floated cost that bears no relationship to the actual parts and labor involved.

Lastly, of course, there’s the little problem that the Tesla isn’t green at all. Because it spews no exhaust fumes, what it actually does is to clean the air in areas populated with rich people who can afford to buy heinously expensive government-subsidized cars.

I’ll leave you with the latest Prager U video, which coincidentally got published today, after I tried (and failed) to explain to my friend that he should be embarrassed, rather than smug, buying a Tesla.