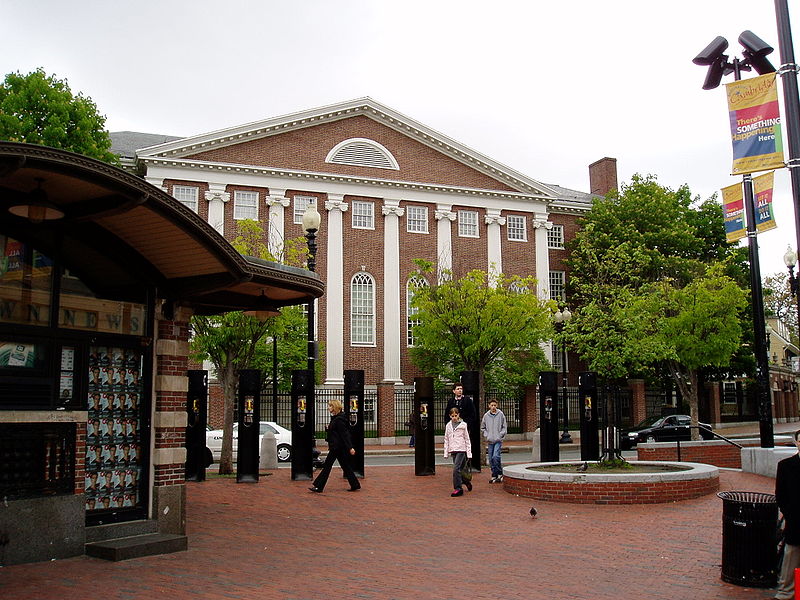 America’s Leftist universities are the poisonous trees and America’s newsrooms are the toxic, hate-filled fruit they bear. I routinely rant and rave about the fact that America’s colleges and university systems are Ground Zero for the thinking that is destroying America. Whether it’s Third-Wave man-hating feminism, anti-white racism, BDS antisemitism, open borders demands, or some other idea attacking America’s integrity and core values, these really evil ideas are incubated on campus so that graduates can later take them out into the world. You can think of the campus and its professors as poisonous plants, with the students functioning as bees. Once heavily coated with the plants’ toxic pollen, they graduate and disseminate that pollen in the wider world.

Today’s really perfect example of the sickness that lurks in academia is Elizabeth Harman, an Associate Professor of Philosophy and the University Center for Human Values at Princeton. I’m not going to tell you what’s in the video. You must watch it on your own to understand fully what’s going on in America’s educational institutions, from the Ivy League down. All you need to know to watch it is that actors James Franco and Eliot Michaelson ask Harman to explain her philosophical view of abortion:

Harman’s logic, which is based upon temporally based magical thinking, would fit well in a Kindergarten class, assuming a 5-year-old was bereft of all moral decency. [UPDATE: Talking with a friend, I finally distilled the essence of Harman’s argument: The moral worth of your life is entirely dependent on whether your mother wants to kill you.]

That she is an Associate Professor of Human values at a school that admits only 6.4% of its applicants and that costs almost $64,000 per year for tuition and room & board is the most scathing indictment imaginable of those Blue voters who believe themselves morally superior to Trump voters. To the extent that people like Harman aren’t on the fringe of the Democrat party but operate at its core is reason enough never again to let Democrats near the levers of power.

Now that you’ve watched Harman’s amazing performance, imagine more than a decade’s worth of students taking her class, and heading out into the world, many as journalists. With that in mind, you can readily understand why a college graduated at CNN (and we know it’s a college graduate because non-graduates are “dirty” Red staters who could never work in any self-respecting mainstream media newsroom) would write the following headline for a CNN’s Antifa article: Somewhere along the line, teachers such as Harman convinced our young people that 1984 is an instruction manual rather than a warning.

Incidentally, the above screen shot of CNN’s story is only the start of the article’s descent into the world of Orwell’s Big Brother. When there was an uproar about the original headline, CNN backed off, erasing its previous headline, and rewriting it. The second version explains that it accepts Antifa’s version of events. With that in view, it sends its earlier language down the memory hole, offering a subservient statement to explain the change: That was yesterday. Today, the memory hole demanded even more feeding. The current article looks like this, with an anodyne title and a conspicuously missing editor’s note:

Anyone looking at CNN from this day forward would have no idea that CNN ever published a pure Newspeak headline. No wonder Obama’s foreign policy guru, Ben Rhodes, while recognizing what pathetic human beings staff America’s newsrooms (or, at least, America’s Leftist newsrooms), was grateful for them too:

Rhodes singled out a key example to me one day, laced with the brutal contempt that is a hallmark of his private utterances. “All these newspapers used to have foreign bureaus,” he said. “Now they don’t. They call us to explain to them what’s happening in Moscow and Cairo. Most of the outlets are reporting on world events from Washington. The average reporter we talk to is 27 years old, and their only reporting experience consists of being around political campaigns. That’s a sea change. They literally know nothing.”

If you read further into that misbegotten CNN article, you learn that the Leftist pollen spread from academia lands upon the mentally ill, specially those with chips on their shoulders:

While Antifa members don’t fit a single category, they say many are millennials and many live on society’s fringes: undocumented immigrants, transgender people, low-wage workers, those who don’t conform to the traditional 9-to-5.

It’s these mentally ill people who, equipped with the universities’ morally unhinged ideas, launch knife attacks on people with the wrong haircuts, try to burn down buildings hosting speakers they dislike, and generally engage in the classic mob violence that Hitler’s Brownshirts perfected so many decades ago. And the Left applauds, from the New York Times on down.

All of this is what happens when you allow Leftists to take over education and language. You go from Nancy Pelosi’s “We have to pass it so you can see what’s in it” to Antifa’s (and Big Brother’s) “We have to beat it and stab you to death to prove our peaceful bona fides.”

Still, there is a little laughter left in the land. If you haven’t seen this video before, enjoy it now: