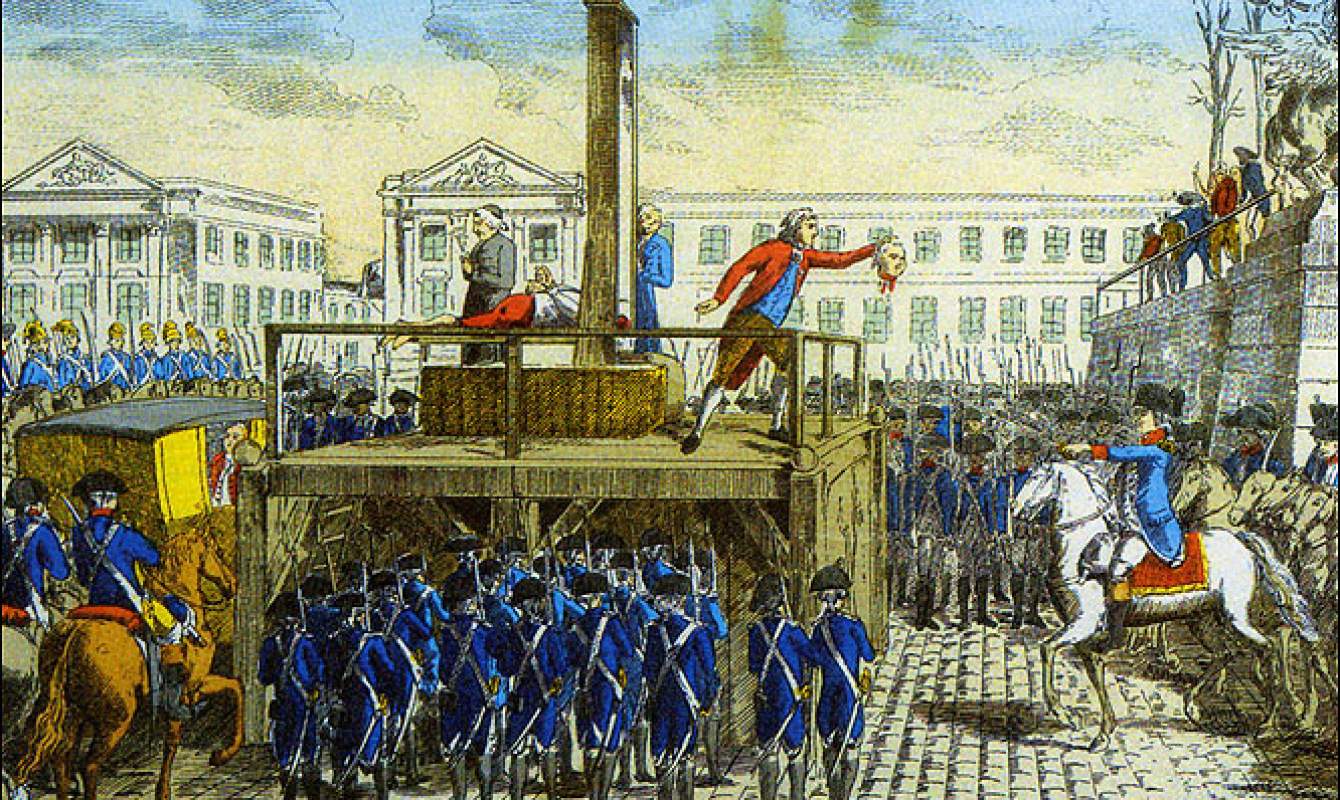 Today’s sexual “Reign of Terror” started in the 1960s, when the Left turned social mores on their heads — and it will get worse before it gets better. 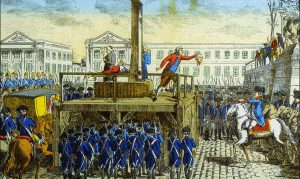 Through the early 60’s, we had conservative culture that I think could be defined by two things — a general belief in the chivalric code and a restrictive, though amorphous, view of appropriate sexual conduct and morals that was half Biblical and half Victorian. Society at large called girls “sluts” if they engaged in any sex outside of marriage. Meanwhile, we boys called such girls . . . on Friday nights with no real opprobrium unless we got the girl pregnant. There was a double standard, but one dictated by biological realities.

At its best, such conservatism comes from ancient Jewish and later Christian traditions aimed at creating and maximizing the strength of families, since families have, since time immemorial, been the foundational unit of civilized society. These traditions reined in men, whose biological impulse is to spread their seed far and wide. They made it clear morally that men should marry a woman, be monogamous during marriage, and raise the children of the marriage.

Having these traditions in place protected women, for whom pregnancy is a life-changing event, and, most importantly, protected children from the scourge of single motherhood. Today, the risks are poverty for the girls and criminality for the boys. In olden days, the more extreme risk was starvation.

Such traditions also promoted a healthy society, by limiting the spread of sexually transmitted diseases, many of which were potentially fatal in the long run. At their worst, such traditions were stamped with 5th century Augustinian notions that sex was evil, sinful and dirty.

All of this set up a permanent tension in society. Perhaps most illustrative of this is American Puritan society during the century after their arrival on these shores in 1620. Despite being intensely religious, they also struggled with natural human impulse. True, they punished with fines and the lash unwed women who bore children (though Nathaniel Hawthorne’s Scarlet Letter, written long after the demise of Puritan society, unfairly caricatures that time).

But of all the discussions I have read in original sources, at least outside of the pulpit, the Puritan’s concern with unwed pregnant women was pragmatic, not biblical. They were concerned with the societal costs of unwed mothers and their children raised without a father.

That said, Puritans were, perhaps surprisingly, fully human in giving in to their sexual impulses. Best estimates are that half of the women in American Puritan society between 1620 and 1720 went to the altar with a baby bump. The Left, in attacking Western civilization, ridicules that as hypocrisy. Actually it is nothing more than the aspirational goals on one hand and the reality of humanity on the other, with Puritan mores intervening to shape, as best as possible, the result of that tension.

Fast forward to the rise of socialism and the socialist goal to remake the West into a utopian society. Ms. BWR, in an American Thinker article several years ago, pointed out that socialists have, since their inception, used sex as a tool to attack the Judeo-Christian religions and to sexualize children. In a related post of a few years ago, I traced the long effort of the socialist movement in this country to intervene in the family unit, inserting government (Leftist government) in loco parentis to strip sex of its moral and ethical dimensions for children. What began with the avowedly socialist Margaret Sanger in the early 20th century became part and parcel of the radicalized Third Wave feminist movement of the 60’s.

Enter the sexual revolution of the 70’s, driven by the availability of the Pill. As a child raised in this era, I deeply appreciate that the sexual revolution did away with the Augustinian gloss on sexual morality and notions of shame associated with sex. But once that pendulum started to swing, the Proggies / Third Wave feminists rode it far beyond that limited, long overdue good.

The Left began with an attack on all sexual and moral dimensions to sex. With that success, feminists moved towards changing the dynamic between male/ female relations, destroying the concept of chivalry for both sexes (men to act as protectors, women to act as desirous of and worthy of male protection) and, most recently, establishing a set of neo-Victorian, neo-Augustinian rules and attitudes regarding sex.

As Third Wave feminists would have it, sex is no longer sinful and dirty in the Augustinian sense. Instead, it’s much worse: all heterosexual sex is presumed to be rape unless the woman does not complain.

Even as men are no longer expected to act with chivalry towards women, since the rise of Obama, they are expected to abide by rules more strict than any Victorian era law in that they allow women to claim rape at any time during or after consensual sex. Men are presumed guilty and may or (preferably for radical feminists) may not be given any chance to prove their innocence. In the Third Wave world, though, women are free to be promiscuous without consequence and should exercise complete power in the world of sex.

It is poetic that today’s justifiable “reign of terror” against un-chivalric men who have sexually harassed or abused women should begin with the iconic progressive, Harvey Weinstein, in the iconic home of progressivism, Hollywood, and with Hollywood’s infamous tool of sexual abuse, the “casting couch.” Conservative men who still believe in chivalry and in treating all women (including, and especially, those whom we would like to bed) with respect, must applaud and support this. Their support, however, comes with an important caveat: We must not automatically presume guilt based on accusations nor on the subjective feelings of a woman (or man) who engaged in consensual sex.

Looking at today’s headlines (and predicting tomorrow’s) it is completely predictable that the vast majority of men being tied to the stake for burning are Progressive men, from Clinton to Weinstein to Charlie Rose, Kevin Spacey and others. For the past six decades, these men have lived in a world of their own making, one with no moral or ethical limits on their sexual desires, nor any expectation that they act with chivalry. Thus anything short of actual rape has been within their acceptable limits and, so long as they espoused progressive ideals, their fellow Progressives were content to give them a perpetual pass. There are no better examples than the three most powerful sexual predators, Harvey Weinstein, Ted Kennedy and Bill Clinton.

This is not to say that the problem does not occur on the right. Bill O’Reilly and Roy Moore may have engaged in sexual harassment, although that is not clear (and is becoming increasingly less clear in Roy Moore’s case). Regardless, I doubt that there is a red-blooded man alive on the right who hasn’t acted boorish on occasion. When it happens on the Right, though, these occasional behaviors have been a moral and ethical lapse. When it happens on the left, it is a day that ends in “-y.”

So why this “reign of terror” now, after all these years of protecting Progressive men? Has the radical feminist movement, with its goal of making all men a subservient class, finally matured to the point that the movement’s loudest harridans no longer feel that they need progressive men? Prof. Jacobsen, at Legal Insurrection, has a theory:

There is honest built-up resentment and anger among liberal women who have been the victims of predatory conduct by liberal men. They were expected to maintain their silence for the liberal cause, because to air their legitimate grievances would call into question the icons of Democratic Party history, the Kennedy’s and the Clintons, and the key funders of liberal causes in Hollywood and the entertainment industry.

Trump’s victory over a Clinton, oddly enough, freed liberal women to stop being silent about liberal male abusers in a way not possible after the Obama victory over Hillary in the 2008 primary. . . .

That explains why the women are coming forward, but it doesn’t explain the seeming pleasure of the liberal media in telling their stories, and even seeking out those stories. So there must be more going on.

Major media, which has a vested interest in the success of the Democratic Party and the eventual defeat of Trump, knows that defeat of Trump cannot take place until there is a changing of the Democrat guard. The Clintons and vestiges of the Clintons must be purged, and what better way than to portray the party and liberalism as a coming to grips with the past abuses of Bill Clinton as covered up by Hillary. The major media now is acting as something of a truth and reconciliation commission, in which exposure of others in addition to the Clintons is necessary.

Additionally, that purging of the Clintons is necessary for the progressive wing to take over. The Clintons, and all that the Democratic establishment represents, is entrenched even in defeat. The airing of grievances against the Democrat harasser/abuser in chief, and his henchwoman, is necessary for the party to move on to it next, more radical, phase. That more radical phase will have people like Keith Ellison, who is being promoted as a replacement for Al Franken, in leadership. . . .

I’m not sure how this liberal purge ends. But it’s long overdue.

I agree with all of that, but I think that how this “liberal purge ends” is quite foreseeable. The Progressive movement, and even all of its conflicting victims’ groups, have a single goal, attaining permanent power. At some point, when the progressive wing fully takes over the Democrat Party, the Progs will try their damnedest to expand this “reign of terror” to tarnish conservatives.

This inevitable effort to tar the conservative with the Leftist’s sleazy brush has already begun with the #MeToo movement, which makes every bit of boorish behavior by any and every man roughly equal to the very serious sins of Weinstein, Charlie Rose, Teddy Kennedy, Bill Clinton, etc., all of whom stand accused of behavior that far exceeds clumsy flirtation.

Progressives are already pushing the meme that the GOP is the “party of pedophiles,” and at least one woman has endorsed others lying about sexual harassment to achieve her political goals. Progs are doing the “Reign of Terror” backwards because they began, rather than ended, with eating their own. They need to be stopped now that they’re trying to take their movement beyond sexual abusers and predators, and trying to restore Democratic hopes by tarnishing those on the right who are innocent of acting like Proggies.
____________________________________

*Wolf Howling wrote this post, but was only able to email it to me before his internet went down. That’s why I’m publishing his post under my byline.

One more point here from me, Bookworm. When I read Wolf Howling’s point about the fact that the Proggies are trying to say that flirtation and compliments from conservatives are the same as sexual assaults from Proggies, I suddenly knew where I’d seen that idea before — that is, the idea that flirting (not rape, but flirting) is a sin deserving of death (or a punishment almost as severe):