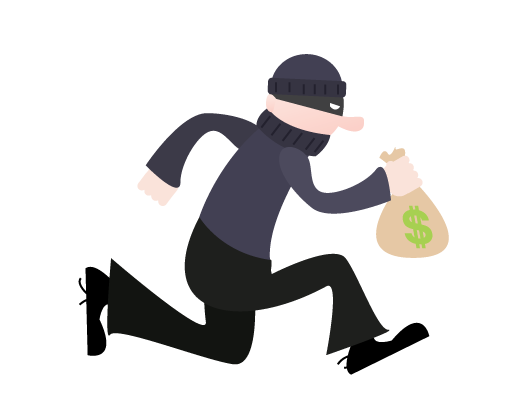 A friend told me a true parable for our times: Because she and others in her neighborhood were afraid of racist profiling, they failed to stop a robbery.

Here’s the story as my friend told it to me:

My friend was coming home from running errands. As she turned onto her street she carefully looked around, as she always does, in order to avoid any children who might be crossing without looking, as they so often do.

Because of the risk from children, my friend’s visual scan is low to the ground. This means that the first thing she saw was a pair of low hanging pants. Indeed, going by the chart, she described to me medium to major sagging, which is pretty blatant: 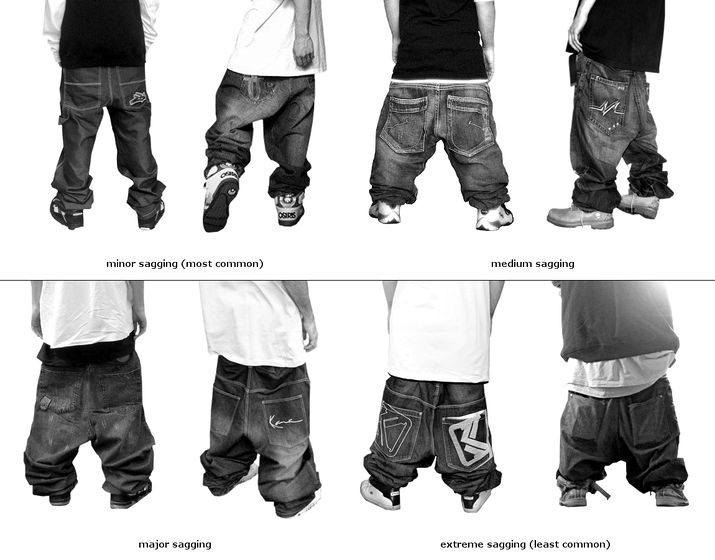 Those pants were out of place in her neighborhood, which is a solid middle class enclave. None of the homeowners, none of the kids, and none of the kids’ friends in that community wear sagging pants.

My friend then noticed two other things about the man: (1) he looked stoned and (2) he was black. And then she continued driving up her street to her house.

Once at her house, she unpacked her car and dragged out the garbage for early morning pick-up. She noticed that the same sagging pants man had walked along the street and was talking on his phone. Again, those pants were discordant, but he wasn’t doing anything wrong. It’s not a crime, even in safe, middle-class enclaves, to walk along the street wearing sagging pants.

When her husband came home from work about 20 minutes later, he commented on the fact that a black guy wearing saggy pants was walking along the street. Both my friend and her husband felt that something was wrong. They were pretty sure in their own minds that it was related to the gang-banger pants, his stoned affect, and his seemingly aimless walk through a neighborhood that they knew was not his.

They discussed calling the police to ask for a drive-by check. Their teenage daughter, though, was outraged: “You’re profiling him because he’s black! That’s awful. You’re racist.”

An hour later, the street was completely lit up by the flashing lights of seven or eight police cars. Here’s what my friend learned.

Mr. Sagging Pants had left her street and strolled along some other blocks in the same neighborhood. Another homeowner had noticed him and made the same decision my friend and her husband made: He thought there was something off about the guy, but didn’t want to be guilty of profiling, so he did nothing. The homeowner’s decision to do nothing, however, ended abruptly when he stepped out on his back deck, which overlooked another house’s garden — and saw the sagging pants guy in that garden. He promptly called 911, which brought the police running.

Ironically, the empty house that Mr. Sagging Pants chose to rob belongs to one of the few black families in my friend’s neighborhood. The homeowners returned to the house in response to a call telling them the police had interrupted a robbery in process and my friend chose a quiet moment to apologize for not having made that call. The homeowner very nicely told her this: “Profiling is not about race. It’s about things that are wrong. This guy was wrong for our neighborhood. Don’t ever feel bad about calling the police to say that.”

Fortunately, no one was hurt and, because the 911 call got a swift response, the only damage was a broken window. Still, my friend told me that her neighborhood feels a little broken today. Before, said my friend, it had always been “so safe.”

Listening to my friend, I was reminded of Jesse Jackson’s guilt-ridden admission a few years ago about his instinctive profiling:

There is nothing more painful to me … than to walk down the street and hear footsteps and start thinking about robbery, then look around and see somebody white and feel relieved.

The reality is that our survival is dependent upon our ability to determine whether a newcomer into our environment is friend or foe. Yes, this is profiling, but it’s also common sense. In my friend’s community, stoned men wearing baggy pants and wandering around a neighborhood are out of place, making it appropriate to act upon their presence. And sadly, as Jesse Jackson himself noted, it’s not racist profiling to recognize that black men are more likely to commit certain crimes. That’s an unpleasant statistic, but it’s still a fact.

To call the police to punish black men or to punish a specific black man, or to make a racist statement about black men not being welcome in a neighborhood — that’s racism. As a homeowner, to make a judgment call about someone wildly out of place — that’s not racism, that’s reasonable, survival-mode profiling.