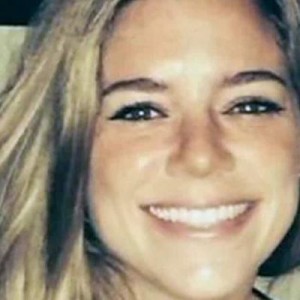 Given that Zarate was a felon with a gun in his hands when he killed Steinle, I’m perplexed he wasn’t convicted for felony murder.

I am as appalled as anyone else that Kate Steinle’s killer, Jose Inez Garcia Zarate, a man who was on his fifth or sixth illegal entry into the United States, walked out of the San Francisco courtroom a free man. I’m also confused, because California has a felony murder law on the books.

As a general rule, you cannot be convicted of murder if you kill someone by accident or even through extreme carelessness. Murder is an intentional act.

The one exception is felony murder. This holds that a person committing a felonious act causes someone’s death, even if the act of killing was accidental, has committed murder. There are wrinkles to the law, with the relevant one in this case being the requirement that the underlying felony has to be inherently  dangerous(e.g., grand theft auto or robbery). As this excellent legal analysis shows, a defendant can avoid a felony murder charge by proving that he was not committing an inherently dangerous felony.

In the case of Zarate, he was definitely in a permanently felonious state. That is so because repeatedly entering the U.S. after repeatedly getting deported is a felony. His mere presence was a felony.

Of course, if I were Zarate’s attorney, I would try to blog a felony murder charge by arguing that repeated illegal entry, while felonious, is not inherently dangerous.  True, but…

But Zarate picked up a gun. At least, that’s the story he first told, although at trial it turned into some impossibly complicated narrative about a gun wrapped in a rag that Zarate accidentally touched, at which point the gun magically fired and killed Kate Steinle. Maybe that’s a story a San Francisco jury, unversed in the ways of guns could believe, but I doubt you’d get a lot of traction elsewhere.

If I were the prosecutor, relying on Zarate’s originally utterances upon arrest, I would argue that the moment he picked up the gun, he was a felon in the midst of an inherently dangerous act.  For those of you worrying that I’m about to say that guns are inherently dangerous, I’m not. They are just tools. However, when that gun is in a felon’s hand (which is in itself a felony, I believe), one could argue that his status turns possession of a gun into an inherently dangerous felony. I certainly would have argued that — and, in any court other than one in a deep, deep blue urban area, that argument should have won.

Sadly, the time for arguments is past. Now, Leftists are celebrating Zarate’s verdict as a win against “racism.” I, though, that, that most Americans understand the deeper import of the fact that, whether he committed murder or not, Zarate killed Steinle — and it was a totally avoidable death because he ought not to have been in the country in the first place. Obama’s lax border enforcement was the “but for” cause of Steinle’s tragic end: “But for our utterly porous border, Steinle would still be alive.”

Whatever the Leftists think happened yesterday, I’m pretty sure we just got proof that Trump’s wall needs to be built.

All of the above should be taken with the caveat that I’m not at all versed in criminal law. I probably know just enough to be a danger to myself and others.