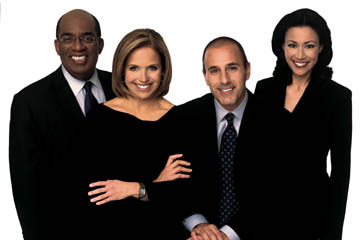 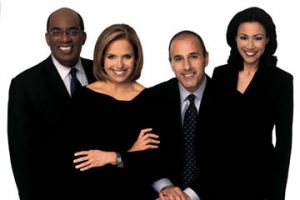 One of the things that makes us Normals (as Kurt Schlichter so aptly calls Trump supporters) dislike Proggies is the latter’s self-righteousness. They lecture us constantly.

They lecture us about how bad our guns are, even as they live in gated communities and surround themselves with armed guards. They lecture us about climate change, consigning us to crowded buses and to houses that are either punishingly hot or cold, even as they own several supersized houses and jet from one high-end venue to another. They insist on open borders that allow in millions of illiterate, low-skill migrants and refugees, even as they hold professional jobs that immigrants cannot undercut and live in sequestered neighborhoods that allow immigrants in only to clean the house and mow the lawn. They foist socialized medicine on us knowing that, when their own health is at risk, they’ll get the best privatized care.

As far as Leftist celebrities are concerned, those of us who disagree with them about matters both social and political are brainless, hate-filled mouth-breathers. They work hard, every single day, to try to control us by subjecting us to maximum government oversight. Only in that way can the world can be turned over to the goodness, light, and tremendous moral sense and compassion that each Leftist celebrity embodies.

I do not intended in this post to offer substantive arguments on any of these issues. Those of you familiar with my blog know that I have addressed all of them at length in past posts. Instead, I want to give you some insight into the values that characterize these people who believe themselves to be our “betters.”

To do that, I’m going to take you back, back, back . . . to 2008. That was the year that 1,900 beautiful people from Hollywood, Washington, D.C., and New York gathered for a friendly, non-televised Matt Lauer celebrity roast. The roast, which The Village Voice wrote about contemporaneously, is in the news today because it was filled with jokes about Matt Lauer’s sexual activities. It therefore proves what we’ve all known about the sex scandal accusations leveled at Leftist men; namely, that everyone knew.

If I were Lauer’s defense counsel, I would argue that these jokes prove nothing beyond the fact that, for whatever reason, Lauer’s sex life was the subject of much joshing amongst his friends. Indeed, they might have made the jokes to highlight that, in a socially liberal environment, he was a prudish model of rectitude who respected his marriage vows. What better way to embarrass someone than to touch upon a subject he likes to leave alone?

But I’m not Matt Lauer’s attorney (thank God) and I’m not interested in whether the jokes prove or disprove that “everyone knew” he was a sexual predator. What I find interesting about the jokes at the roast is the way they reveal the celebrities’ qualities as human beings. It turns out that our holier-than-thou, self-righteous, endlessly hectoring, sensitive, ethically tuned-in “betters” are, in fact, racist, sexist, homophobic, hate-filled, and obscene. Being too near them stains ones soul.

It’s not enough simply to allude in conclusory fashion to what these well-paid celebrities revealed about themselves. You have to read it to believe it. I’m quoting some of the effluvia that flowed from them, but I urge you to go to The Village Voice yourself.

Again, my point in posting this material is not to prove (again) that “everybody knew” about Lauer’s predatory behavior. This post highlights something even more important, which is to let  you see the caliber of people who constantly presume to demean us and to tell us how America should be run.

Incidentally, the roast included a lot of political in-joking about how far Left all these “beautiful people” are. We already know that, so I excluded that material as well from this post. I wanted to focus tightly on the other stuff, the stuff about their core personalities and beliefs, all of which they hide from Normals when they’re on our TV and movie screens.

*** THIS IS YOUR FINAL WARNING. IF YOU KEEP SCROLLING DOWN, YOU’RE GOING TO BE EXPOSED TO MISOGYNY, HOMOPHOBIA, RACISM, AND CRUDE OBSCENITY THE LIKES OF WHICH MOST NORMALS FORTUNATELY NEVER SEE. ***

[Al] Roker then threw out an observation that got another groan, pointing out two of the celebrities on the football-field-long dais. “Who looks more like a man, Clay Aiken or Dara Torres?”

If she [Martha Stewart] was tepid, Meredith Viera more than made up for it. Lauer’s Today costar started right in with, “That motherfucker Matt Lauer,” and got a big laugh.

(At this point, the spectacle of a TV personality doing this kind of material had the room of 1,900 rolling.)

“She squeezed those suckers so tight, she left nothing for me. Thanks, Katie,” Viera said, but she was just getting warmed up.

“People say he’s so prim and proper, like he’s got a stick up his ass. It’s not a stick, my friends, it’s Al Roker’s dick.”

After showing some slides from Beijing, with Lauer and Roker prancing in tights, she added: “Let’ just say Al puts the ‘meat’ in ‘meteorologist.”

Katie Couric was next.

On that Cruise interview, and why it pained Lauer: “He wanted to be the only good-looking man in the room everyone thinks is gay.”

She then did a Letterman-style Top Ten Things About Matt which were fairly funny. Some highlights:

“10. According to his wife, he’s not really an early riser, if you know what I mean.”

7. When Katie did the colonoscopy live on television, doctors found Matt’s head.

The room loved that one, and Ann Curry blanched. Great moment.

“What, Indian food! What’s wrong with you people!” Katie said.

Couric was followed by Zucker, who got off a few zingers of his own.

And: “It’s just good to see Matt up here and not under my desk.”

And: “I don’t want to say Matt is a germophobe, but he’s the only guy I know who uses Purell both before and after he masturbates.”

The inimitable Richard Belzer then followed Zucker, and as is his trademark, abused the audience as much as he told jokes. And the best moment came when he tried to tell his final joke and kept screwing it up.

Finally, he dragged Lauer himself up to deliver the punch line:

“Who could forget the time when he tracked down the exact measurement of Ann Coulter’s dick,” Lauer said to a roar from the audience.

Comedian Jeffrey Ross was on next, and didn’t disappoint.

And, to groans: “I haven’t laughed this little since we roasted Terry Schiavo.”

NBC anchor Brian Williams then approached the microphone after being called up by Roker — how would he do after a killer like Ross?

Bob Saget was next, and he noted that, like Lauer, he’s 52. But Lauer is married and Saget is divorced: “Do what I’m doing, Matt. Come into the Dark Side. My next wife hasn’t even been born yet.

But for pure raunch, Saget was outdone by Gilbert Gottfried.

He had recently given Today’s Asian-American cohost Ann Curry some lessons in stand-up comedy. “People ask me, does Ann Curry’s pussy go sideways?” Gilbert said to gasps. But he was just getting warmed up.

He finished with: “How do you get a faggot to fuck a woman? Fill up her cunt with shit. Thank you.”

Lauer finally, after a brief appearance by Pat Cooper, got his turn.

As for rumors of romance with Katie: “Let me just say that I saw that colon a lot before the rest of you saw it.”

And: “What’s with all the small-dick jokes? It was fun to look over and see Ann Curry laughing… like she doesn’t know how big my dick really is.”

If you can abandon the barf bag long enough, and if you need more proof that these people, in addition to being bad  human beings, hate you and everything you stand for, go here.

It’s time for Normals to abandon these nasty, nasty people — and never, never again to let them act as if they and their values are superior to us and our values. One Normal is better than a room filled with 1,900 famous and wealthy Proggies.