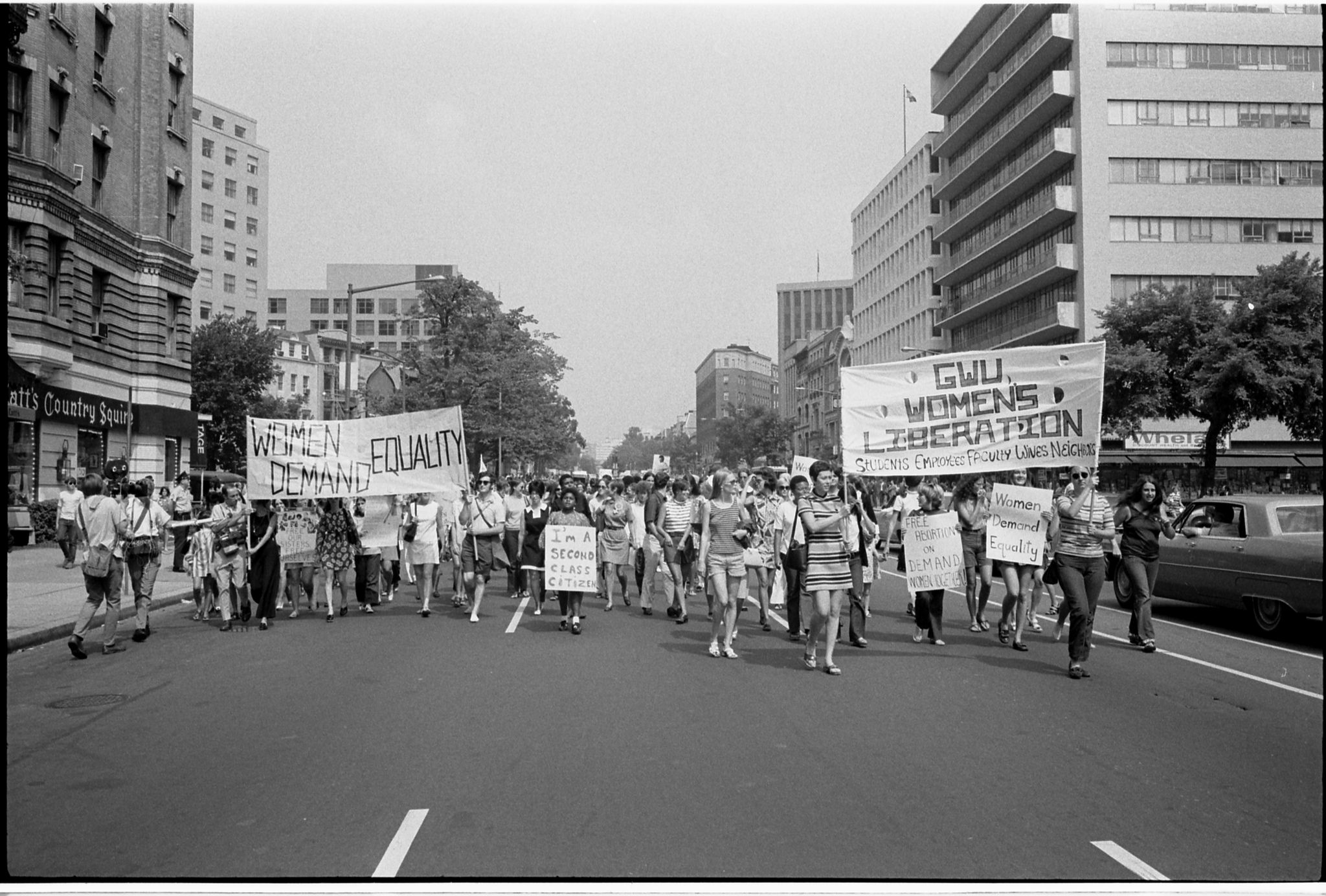 The Women’s Liberation Movement failed true feminism by creating a generation of women who deem themselves unworthy of a defense against sexual bullies.

We often talk about three waves of feminism, but I think there were actually three-and-a-half. The first two were necessary and appropriate; the next one-and-a-half were not. This post is about that “half a wave” that began in the 70s and still grinds on, not empowering women, but somehow dis-empowering them.

Second Wave feminism was the push from the 1960s and 1970s to give women equal pay for equal work and allow them equal opportunities for equal abilities. Had that been the standard in the 1950s, when my Mom was working at Bechtel as a draftswoman to support the family while my Dad was temporarily unemployed, she would have earned the same salary as the draftsman at the desk next to her. He earned more than she did, she was told, because “he had a family to support.” Because Second Wave feminists fought for these principles, I had the opportunity to get a law degree and millions of other women got the chance to learn and work to the full extent of their abilities and interests.

(This was not an entirely unmixed blessing. Many women found that they were supposed to be both Ward and June Cleaver. Other women found that they didn’t like being Ward Cleaver, but that social pressure kept them away from being June. Given the stresses on the Middle Class because women had these opportunities, it’s perhaps unsurprising that many in the post-Millennial generation are very conservative and dream of a world in which men work and women make a home for the family.)

This Women’s Liberation, “Second and a Half Wave” feminism has never gone away. If you have children in school, you get bombarded from kindergarten on up with endless messages about how the school is working (and you should work with the school) to empower female students — never mind that girls already do better in school than boys and now comprise more than 50% of the students in most colleges and universities across America. It shows up in “take your daughter to work” days that never have paired “take your son to work days.” It’s part of the endless push to empower women by getting more of them into STEM programs. It’s quotas and mandates and women in combat. And of course it’s sex, endless, endless “consequence-free” (i.e., baby-free) sex, powered by drugs and alcohol to overcome any revulsion women might feel about pretending they are men, with men’s sexual appetites.

The Women’s Liberation Movement, that bridge between Second and Third Wave feminism, might be summed up as follows: We are women and, with enough government programs, public service announcements, and Planned Parenthood outlets, we can eventually be invincible!

Except after forty years of this “you are woman, you are strong, you are invincible” yadda, yadda, yadda talk, the daily sex scandals are revealing that the whole empowerment thing has been a sham. It turns out that, when confronted with an unprincipled alpha male, women are weak. Women do not fight back when these brutes sexually bully, humiliate, or assault them. Women are victims not warriors.

Just today, everyone is lauding Salma Hayek for putting up with abusive sexual crap and threats from Harvey Weinstein to get her movie Frida made. I’m less impressed. Hayek was willing to play the submissive sex object in order to get a film going and then she sat silently for another 15 years allowing Weinstein to prey on a whole other generation of women.

I don’t admire mafia types for their Omerta code of silence around crime “in the family,” and I don’t admire all these Hollywood women either. They were “empowered” women who consciously decided to keep silent to protect their careers, rather than protect the “sisterhood.”

Not admiring these women doesn’t necessarily mean I blame them. As I said, they made a choice that their careers were important and they played the game the way it was played. Ordinary people make choices all the time and don’t need to demand that everyone weep for them.  Moreover, bad things happen in life and ordinary people put on their big boy and big girl pants and get on with it.

But I’m still surprised that all these empowered women were such victims. What happened to all that empowerment we were promised over the last 40-plus years? And please, don’t blame men.

I mean, you can properly recognize that each of the men who actually did what they now stand accused of doing are morally reprehensible, disgusting human beings. I mean, though, that you can’t justify or explain these women’s passivity on the ground that certain men, given power or opportunity, are lechers and bullies. No matter how bad the men are, the women, many of whom have hectored American women for years about feminist principles, were still passive, not active, in their dealings with these moral monsters.

So maybe women aren’t that strong after all.

Or maybe all the women speaking up now do deserve some sort of pass. Maybe generations of Leftist women who have been raised without boundaries; who have been told they can do anything men can do but not that their bodies and souls are precious; who lead men on (yes, I used that phrase) because the culture tells them not to be uptight prudes . . . well, maybe these young women don’t feel they’re worth defending. Their men won’t defend them, and no matter how important their careers are (yes, Second Wave feminism drove the career ethos hard into them), they don’t feel that they themselves are worthy of defense. Even worse, once they’ve empowered themselves by keeping up drink for drink with the men, the possibility of defense retreats ever further from their minds and their alcohol incapacitated bodies.

Men inclined to do evil know that these women are going through Kabuki rituals about empowerment. They know that these women are mentally incapable of slapping the man and telling him that he’s “no gentleman” and that they’re “not that kind of girl.” They know that a vengeful father or brother won’t descend on them. They know, as I wrote years ago at American Thinker, that we’ve raised several generation of young women who have no sense of ownership over their own bodies. They are grist for the predator’s mill.

Second-and-a-Half Wave Feminism has proven to be a big joke, with the cruel, derisive laughter on the women themselves.