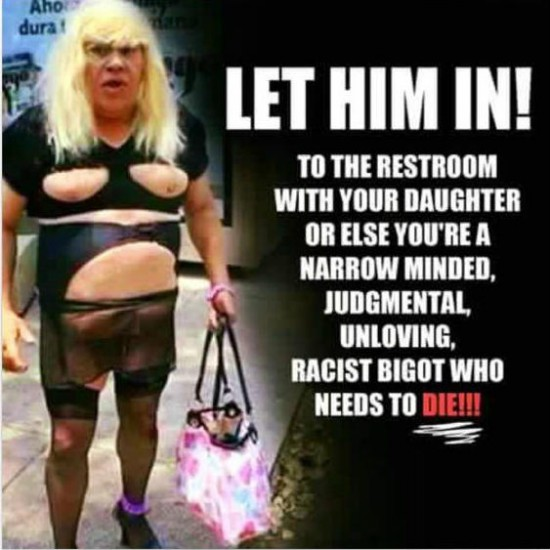 When the Left uses euphemisms, it does not do so to be kind; it does so to set the agenda for immigration, trans activism, and other Leftist policies.

I am not a fan of euphemisms. I’ve always struggled a bit reading people’s emotions (I was probably on the Asperger’s scale before they had a name for it), so I prefer straight speaking, whether I’m saying it or hearing it. Demanding precise word choices means that I actually understand what the conversation is about, without having to struggle to find and then translate subtexts.

Having inadvertently offended people over the years, however, I now know that I periodically need to use euphemisms, something I do as a conscious effort to avoid giving offense where I intend none. (I especially use euphemisms regarding death. To say that someone’s loved one is “dead” has a cruel finality that softens with the phrase “passed away.”) I use them but, subject to the aforementioned exception, I don’t like them.

I especially dislike euphemisms when the Lefties put them out there. One of the most brilliant things Trump did in his State of the Union Speech was to deny the Left the word Dreamers, a euphemism they dreamed up for illegal aliens. Now Americans are the dreamers, which renders the world powerless as a form of Leftist thought control.

And you’ll notice I referred to illegal aliens. I drive my Progressive Facebook friends crazy when I correct their phrase “undocumented immigrants.” These are not people who have stood in line and filled out forms, only to forget some teeny bureaucratic detail. These are people who sneaked into America, knowing that doing so was against this country’s laws. That they are not citizens means that they are “aliens,” and that they broke the law to get here means that the are “illegal aliens.” Pretty clear, right?

The same is true with the euphemistic phrase that “Islam is a Religion of Peace.” Yes, if you accept Tacitus’s way of defining Roman peace: “They make a desert and call it peace.” Or yes, if assume Leftists’ failed  spelling and actually meant “Islam is a Religion of Pieces — the tiny little pieces of blown-up, incinerated, mutilated, sliced human bodies. Those kind of pieces.”

Oh, and God do I hate the whole “trans” thing. I especially hate the fact that so many conservative outlets refer to “transgenders,” and “transgender woman” or a “transgender man.” Take for example the pathetic Rose McGowan’s outburst at a bookstore the other day, when she was shilling her new book about a life filled with abuse. (I do mean it when I say she’s pathetic. Her life started with her parents abusing her with bizarre sex cults and abandonment. No wonder that predators such as Weinstein saw her as an easy mark. Predators have a knack for finding people already made vulnerable by past life experiences.)

But to my point, here are headlines from conservative outlets:

WATCH: Rose McGowan GOES OFF On Transgender Heckler: ‘Shut The F*** Up!’

Video – Rose McGowan Gets in Screaming Match with Trans Woman

Rose McGowan gets into shouting match with transgender woman, cancels all public appearances

Each of those headlines implicitly accepts that the heckler in the audience actually is “transgender”; indeed, a “trans woman.” Talk about science denial.

There is no such thing as a “trans woman.” There are a minutely small number of people who are truly intersex, meaning that they have both male and female chromosomes. And then there are people who are genetically entirely male or female but who, for complicated psychological reasons, reject their genetic sex.

A caveat to what I just said: There may also be hormonal reasons for people’s psychological issues related to the fact that their mothers took birth control pills. For political reasons, no reputable scientists will touch research that examines the type of hormonal fallout the Pill creates. Still, there is a theory that people whose mothers have taken the Pill, especially a short time before getting pregnant, may have created children who are genetically male or female, but that have weak hormones for their gender and strong hormones for the opposite gender.

Of course, if that is true — if we accept that the body is correct and the hormones wrong — the logical thing to do is give these people hormones in line with their genes. But we don’t do that. We do the opposite, giving them hormones opposed to their genes and trying to smooth away that difference by slicing off breasts or penises to create a superficial harmony. That’s what Leftist politics have wrought.

Here’s the deal, conservatives: When we say “transgender,” or “trans woman,” or “trans man,” we are agreeing that there really is such a thing. One of my brilliant readers (and I’m sorry to say that I cannot remember which brilliant reader) suggested that, whenever you hear the word “trans,” you substitute “fake.” That way, when you read about a “trans” woman, you automatically translate it to “fake woman.” Then you know that the person is a mentally ill or hormonally messed-up man who insists that he is, in fact, a woman — when he is not.

I appreciate that even conservative media outlets feel uncomfortable saying “fake man” or “fake woman” because . . . haters. The Federalist solved the problem rather gracefully when it came to McGowan’s kerfuffle by referring in the headline and lede to a “trans activist,” which is accurate. Unfortunately, the article itself refers to the heckler as “transgender.” Let’s be clear again: there is no such thing and when we use their euphemisms, we accept their ideas.

Nor is this an inconsequential quibble on my part. My antennae are up today because of this story out of England, a national that has gone even further down the magical “transgender” rabbit hole than we in America have:

A teacher has been suspended and could face the sack after he ‘accidentally’ called a transgender pupil a ‘girl’ in class when the student identifies as a boy.

Joshua Sutcliffe, 27, who teaches maths at a state secondary school in Oxfordshire, said ‘Well done girls’ to the teenager and a friend when he spotted them working hard.

He apologised when corrected by the pupil, but six weeks later he was suspended from teaching after the pupil’s mother lodged a complaint.

Following an investigation, he has been summoned to a formal disciplinary hearing this week to face misconduct charges for ‘misgendering’.

According to documents seen by The Mail on Sunday, he also faces claims that he is breaching equality policies by referring to the pupil by name rather than as ‘he’ or ‘him’.

The £30,000-a-year teacher said he was ‘distraught’ and had been reduced to tears as teaching was his life, and he branded the actions of the school as ‘political correctness gone mad’.

Mr Sutcliffe, a maths graduate who gained his teaching qualifications at Exeter University, said he had no official instructions about how to address the student, but along with other staff decided to use the pupil’s chosen first name.

However, he has admitted that, as a Christian, he avoided using male pronouns such as ‘he’ and ‘him’.

Orwell is rolling in his grave and Ray Davies is thinking that, when he wrote Lola, it was meant to shock, not to be an instruction manual.

Over my life, I have met two men who felt that they ought to be women. One was a psychiatrist, the other an engineer. Both had transitioned and both were the most unhappy people I had ever met.

Wait, I take that back. The most unhappy person I ever met, back in 1970, was a man who escaped from Auschwitz by hiding in a pile of corpses that were, for some reason, being hauled out of the camp rather than cremated. Twenty-five years after the war ended, he still embodied the most intense misery that could ever be contained in the human frame. But these fake women, sadly, came close. The problem wasn’t their gender identity. That was just a manifestation of a self-loathing that they thought they could escape by casting off their whole male self. They could not.

Crude, rude, rough, ebullient, Donald Trump, despite his love for puffery (“biggest great,” “greatest economy”) is the most honest man in America, because he speaks the truth where it counts. He’s thrown away the lies and the euphemisms. He may not be the most religious man in the world, but he sure understands that “the truth will set you free.”

Remember, when it comes to the Left, these euphemisms are not about respecting people’s feelings. After all, this is the same Left that has no problems calling you bigoted, stupid, homophobic, racist, a Nazi, etc., simply because you voted for a candidate whose views were mainstream — and, indeed, in the forefront of its politicians’ platforms — a mere 17 years ago. Instead, these euphemisms are about ignoring reality in fealty to a totalitarian political ideology. Feelings aren’t a part of war and this is war being waged through the headline and the dictionary. Your weapon is verbal truth.