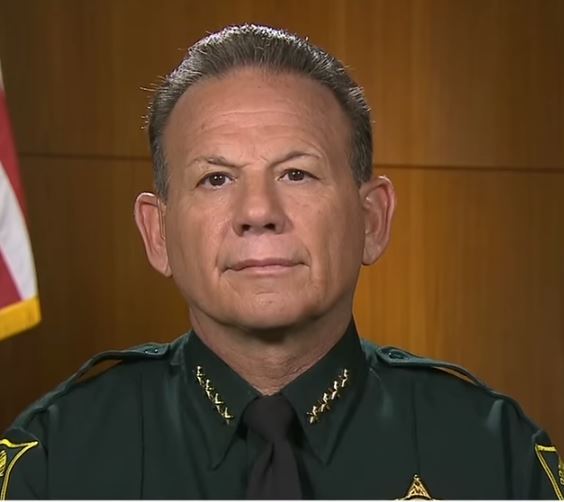 As far as I’m concerned, the nation of Israel is usually unfairly maligned. However, Sheriff Scott Israel really does give Israel a bad name. 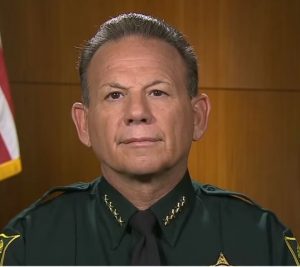 As far as I’m concerned, Israel is unfairly maligned, especially on the Left and in the media (but I repeat myself). The sole classically liberal representative democracy in the Middle East is constantly compared unfavorably to neighboring nations and territories. Considering that these neighbors are almost exclusively anti-semitic, anti-American, anti-Christian, misogynistic, homophobic, and generally mired in unpleasant behaviors such as child abuse, cousin marriage, wife beating, etc., I consider the negative coverage of Israel extremely unfair.

However, occasionally, something comes along that really does give Israel a bad name. Ladies and gentlemen, I present to you Sheriff Scott Israel, of the Broward County Sheriff’s Department, one of the most delusional public servants ever:

Somehow it seems apropos that Israel was a fervent Obama and Hillary supporter. It’s a reminder that being in law enforcement does not automatically mean that someone is politically conservative (something that used to be the case). Much like the sheriff in Marin County, it’s pretty clear that Israel doesn’t like the Second Amendment. However, unlike the sheriff in Marin County, who seems to be competent (although he’s never been tested), Israel is a buffoon and a blowhard.

For those of you who don’t have the time to listen to the interview, here are a few highlights explaining just how the Sheriff manages to give “Israel” a bad name. As you read them, ask yourself whether this man is (a) disconnected from reality and (b) under increasing stress, meaning that (c) he ought to be closely monitored for the safety of those around him:

TAPPER: You didn’t look at the video? One week after the shooting, you hadn’t looked at the video yet?

I wasn’t belligerent towards the NRA. I took a passionate stance, as I always have, about commonsense gun reform and expanding police ability throughout our country when we come in contact with someone mentally ill to take them to a facility.

TAPPER: OK. WSVN will get back to you, I’m sure.

In February 2016, your office received a call that the shooter made a threat on Instagram to shoot up a school. One of your deputies responded and, according to your records released, the information was forwarded to Deputy Peterson at the school.

What, if anything, was done with that information?

ISRAEL: I’m not sure if anything was done with that information.

I do know as far as notifying the person or notifying either Palm Beach Sheriff’s Office or one of the local jurisdictions, depending on where the killer was living at the time.

But Peterson did, I think, report Cruz to DCF, if I’m not mistaken. He did get — receive medicine. He did get medical treatment. And, as I said, of those 18 calls, two of those calls are being — 16 of them, we believe, were handled exactly the way they should. Two of them, we’re not sure if our deputies did everything they could have or should have.

TAPPER: That’s from your notes. That’s from notes released by your office. I’m not making this up. This is from Broward…

And that’s — and that’s what — that’s — the officer who handled that is on restrictive duty. And we are — that’s an active internal investigation. And we are looking in to it.

I can’t tell you — I can’t predict how an investigation is going, but we have — I have exercised my due diligence. I have led this county proudly, as I always have. We have restricted that deputy as we look in to it.

Deputies make mistakes. Police officers make mistakes. We all make mistakes. But it’s not the responsibility of the general or the president, if you have a deserter. You look into this. We’re looking into this aggressively. And we will take care of it, and justice will be served.

TAPPER: Are you really not taking any responsibility for the multiple red flags that were brought to the attention of the Broward Sheriff’s Office about this shooter before the incident, whether it was people near him, close to him calling the police…

I have given amazing leadership to this agency.

ISRAEL: I have worked — yes, Jake.

There’s a lot of things we have done throughout this — this is — you don’t measure a person’s leadership by a deputy not going into a — these deputies received the training they needed. They received the equipment.

TAPPER: Maybe you measure somebody’s leadership by whether or not they protect the community.

In this case, you have listed 23 incidents before the shooting involving the shooter, and still nothing was done to keep guns out of his hands, to make sure that the school was protected, to make sure you were keeping an eye on him.

TAPPER: Your deputy at the school failed.

I don’t understand how you can sit there and claim amazing leadership.

ISRAEL: Jake, on 16 of those cases, our deputies did everything right. Our deputies have done amazing things.

We have taken this — in the five years I have been sheriff, we have taken the Broward Sheriff’s Office to a new level. I have worked with some of the bravest people I have ever met.

One person — at this point, one person didn’t do what he should have done. It’s horrific. The victims here, the families, I pray for them every night. It makes me sick to my stomach that we had a deputy that didn’t go in, because I know, if I was there, if I was on the wall, I would have been the first in, along with so many of the other people.