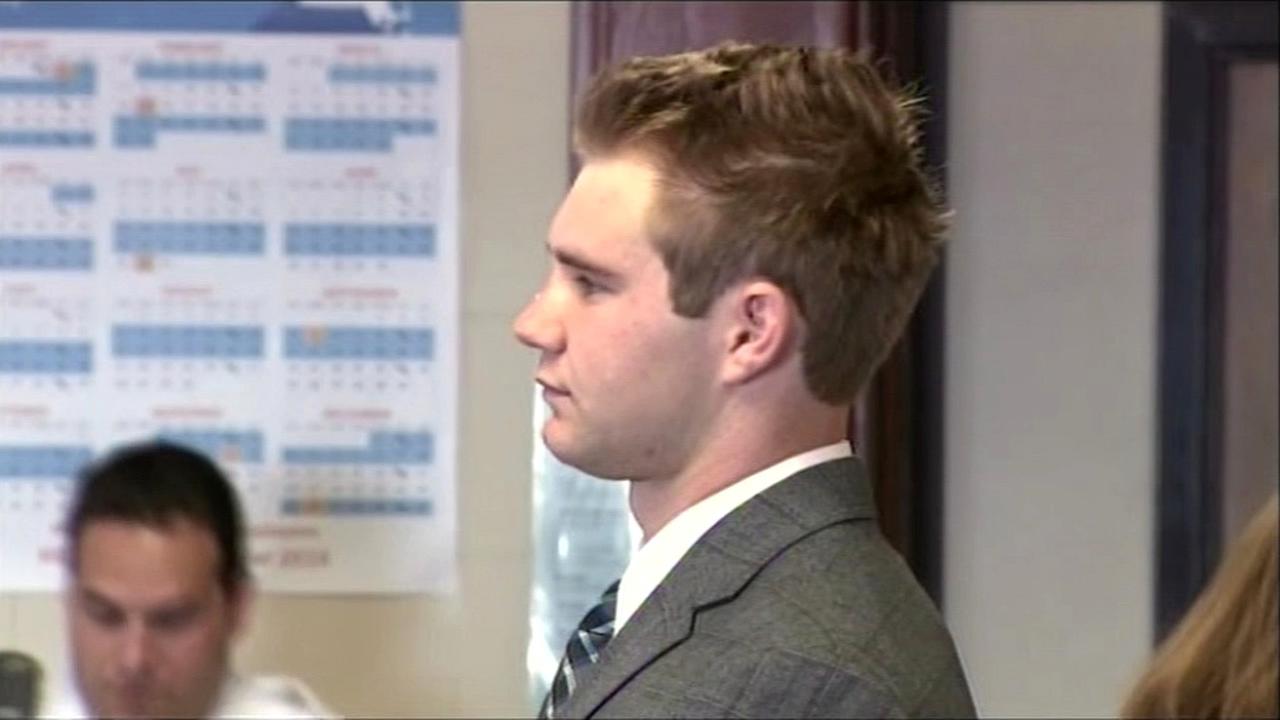 When a Leftist judge is open in her social justice disdain for a “privileged” white male, is there any possibility of a fair trial?

Two and a half years ago, there was a front page story in our local Marin newspaper relaying the shocking news that Samson Donick, a brilliant Marin boy who was attending MIT, was being charged with rape back in Boston. I was especially shocked because, Marin being a fairly small community, I know of the family and cannot say enough good things about them.

The case has now reached a bizarre conclusion. When he was originally charged, Donick entered a plea of not-guilty back in 2015 and his attorneys recently said they were anxious to have the trial because they were confident that they could prove their client’s innocence. Quite unexpectedly, though, just three days before the trial, the alleged victim refused to testify, instead insisting on a plea bargain that was substantially better than the risk Donick had of spending ten years to life in prison:

On Monday, in a development that underscores the difficulties in prosecuting sexual assault cases, prosecutors told Sanders the woman had decided against testifying, saying that “reliving her trauma has become overwhelming.”

Without her testimony, prosecutors do not believe they can win a conviction, they said, and on Friday they struck a deal with defense lawyers to have Donick admit to sufficient facts to warrant a finding of guilt on a charge of indecent assault and battery, avoiding a formal conviction. He would plead guilty to the lesser charge of assault and battery, records show.

Under the agreement, Donick, of Tiburon, Calif., would be sentenced to five years of probation and the case would be continued without a finding, meaning he wouldn’t have a sex-offense conviction on his record.

He would have to perform 500 hours of community service, participate in sex offender treatment, and apologize to the woman in open court.

I’m of two minds. Maybe the whole thing was a set-up, as part of the campus rape movement, and the woman just couldn’t keep it going under oath. I have heard reputable stories of young men from wealthy communities being targeted with the hopes that they would buy-off their accuser.

Alternatively, the story mentions en passant that DNA floating around implicated Donick, so maybe the alleged victim really was assaulted and is indeed too traumatized to testify. Mercifully never having been the victim of a sexual assault, I have no idea how I’d feel under the circumstances.

The one thing we know with certainty is that there will not be a trial to enlarge upon any evidence, either proving or disproving Donick’s innocence. Instead, under the agreement, Donick recited a short, graphic passage describing what he allegedly did to the woman and said he was sorry. End of case — except for his life plans lying in ruins, which is a tragedy if he was indeed innocent. No college will ever accept him and he will be tarred and scarred for life.

Although the above recites a personal tragedy, either for Donick or the alleged victim, that’s not what bothers me about the news stories from this case. What bothers me is the Leftist judge’s conduct (emphasis mine):

Donick, by the judge’s admission, comes from a wealthy California family who paid his $10,000 cash bail in 2016 after he was arrested.

She was reluctant to accept it because of the severity of the alleged charges, she said.

‘What he did, if he did it, was incredibly serious,’ she said.

She also signaled her intention to punish Donick, a privileged white man, in the same way she would anyone else.

‘I can see what’s in front of my eyes. I see a young defendant with no criminal record and with family support. I also see a defendant who is quite privileged and has money.

‘A privileged person from (Massachusetts Institute of Technology) should be treated just like the inner-city black person with no privilege at all,’ she said.

Does that sound like a judge who was intent on presiding over a fair trial or a Leftist judge desperate to impose social justice against someone she had already convicted in her own mind of being a toxic white male?

Even I were innocent, if that were my judge, and I were facing a trial that could result in life imprisonment, I might snatch at a plea-bargain too, no matter that the plea bargain would see me labeled as a “sex offender” for the rest of my life. After all, my lawyers would have advised me that unless you can point to something that explicitly shows judicial bias, just claiming that the judge is Leftist social justice warrior hungering for the opportunity to prove her social justice chops is insufficient to get a verdict reversed. Appellate courts are really loath to reverse verdicts, even guilty ones — and, in Massachusetts, they may be especially loath to reverse a verdict for a privileged white guy.

If you thought that a Leftist judge hated you in advance, and you knew that hatred could result in life imprisonment or, at minimum, an 8-10 year stay while your case is wending its way through the appellate system, a plea bargain, even one that makes you state a lie on the stand and get labeled as a sex offender, is still a good deal.

I don’t know the truth of what happened. All I know is that Judge Sanders is one scary, biased judge, and that it’s highly unlikely that a defendant who falls into her disfavored demographic could get anything even approximating a fair trial.