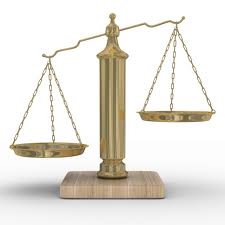 According to retired Harvard Law Professor, Alan Dershowitz, the DOJ’s early morning raid, approved by Rod Rosenstein among others, to execute a no-knock warrant on Trump’s personal attorney, Michael Cohen violates the 4th, 5th and 6th Amendments.  This from the Daily Mail:

Among the scooped-up papers, and lurking on phones and hard drives, is likely to be a cache of material that’s covered by attorney-client privilege.

Prosecutors are not permitted access to those files, and the DOJ’s standard practice is to set up a ‘taint team’ – a group of agents and lawyers not connected to the Cohen case or the special counsel probe into all things Russia – to decide what they can see.

But ‘taint teams don’t work,’ Alan Dershowitz told DailyMail.com on Tuesday, because seizing the material in the first place was a violation of Cohen’s constitutional rights – even if it’s never used in court. . . .

Rare?  A no-knock warrant taking privileged communications between a sitting President and his attorney?  Try unprecedented in American history.  Even in the effort to burn Nixon at the stake, no one went as far.  There, documents subject to executive privilege were subpoenaed and Nixon and his lawyers had the opportunity to contest the warrants in an open, public forum.  Here, we are being asked to trust in the honest and trustworthiness of a host of people who have proven themselves anything but trustworthy.

Picking back up again with the Daily Mail:

[F]or Dershowitz, who helped win a murder acquittal for O.J. Simpson and succeeded in overturning the attempted murder conviction of Claus von Bülow, the constitutional issues are more important than the DOJ’s trustworthiness – and bigger than the presidency.

The concept of assembling a taint team, he said, revolves around the Fifth Amendment, which protects Americans from being forced to incriminate themselves.

So when the team sifts through Cohen’s documents, hard drives and memory sticks, it will be searching for protected material that should be kept private.

But the Fourth Amendment prohibits ‘unreasonable’ searches and seizures by the government – a description that could apply to scooping up communications between a lawyer and his client, except in extreme circumstances.

And the Sixth Amendment guarantees Americans the right to ‘the assistance of counsel’ for courtroom defense, meaning no government can interfere with that relationship.

‘Remember who comprises the firewall and taint teams,’ he explained, quoting in an email from what he said was a forthcoming column. It’s ‘other FBI agents, prosecutors and government officials who have no right under the Fourth and Sixth Amendments, even to see private or confidential materials, regardless whether it is ever used against a defendant.’ . . .

He compared Monday’s document dragnet to government surveillance of a confession heard by a priest, a patient’s discussion with her doctor, or a husband and wife talking about their sex life.

‘The government simply has no right to this material,’ he said. . . .

‘If this were Hillary Clinton [having her lawyer’s office raided], the ACLU would be on every TV station in America jumping up and down,’ he protested.

‘The deafening silence of the ACLU and civil libertarians about the intrusion into the lawyer-client confidentiality is really appalling.’

By executing a no-knock warrant the FBI and DOJ took possession of privileged communications without the President or his attorney having any right to contest.  This is not a legal procedure so much as a declaration of war in what is meant to be a soft coup.  It is possible that the warrant was justified, but without seeing every last little bit of information contained in the warrant and the discussions that led up to this decision — including the basis for the recusal of Geoffrey Berman, the Trump-appointed Interim U.S. Attorney for the Southern District of New York, it is not unwarranted to strongly suspect this no-knock warrant was an incredible overreach by the denizens of the Deep State.  As Lavrentiy Beria once said, show me the man and I will find the crime.