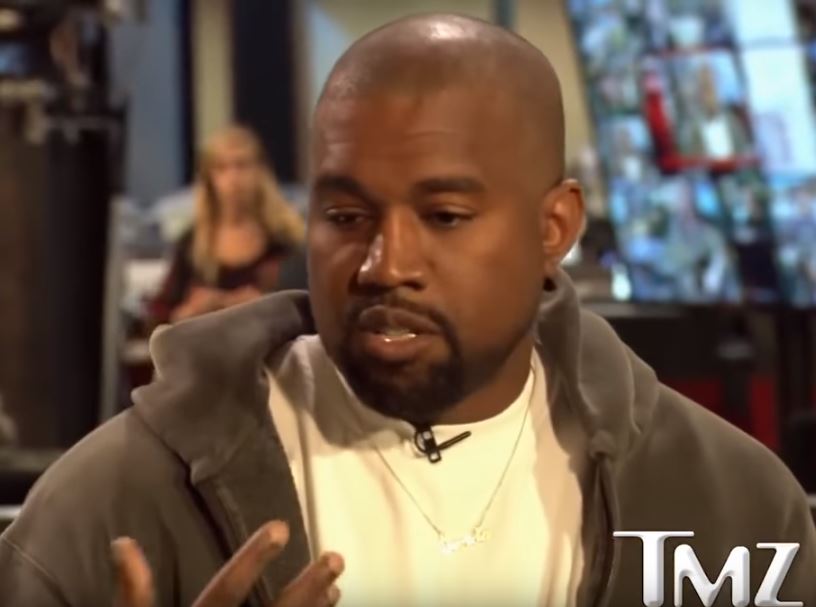 Like it or not, we are living through cataclysmic change. These three videos highlight that — and I’ve added a few thoughts about slavery of body and mind.

Three videos will make you think about the seas changes happening before us. The first sees Thomas Sowell talk briefly about the endless dependency Democrats in America have foisted on American blacks:

“Dependence was seen as the key to holding the slaves down. It’s ironic that same principle comes up in the welfare state a hundred years later.” pic.twitter.com/bTjGBd6Ylt

In the second, Paul Joseph Watson exposes how and why people (read: Democrats and #NeverTrumpers) are responding in absolute horror to the fact that Kanye is challenging that dependency mindset:

Before going to the third video, I have two small points to make about Kanye’s charged statements that blacks made a choice.

First, Kanye and Paul Joseph Watson are both correct that, with the real chains of slavery and Jim Crow long gone, blacks are still standing in the dark, claiming that they are enslaved.

You know who understood this psychological phenomenon? C.S. Lewis. He describes it perfectly in The Last Battle: The Chronicles of Narnia, the final book in his Narnia series. That book essentially tells of Armageddon, with the Western-style kingdom of Narnia attacked, and then destroyed, by the neighboring Calormenes, who are modeled on medieval Saracens (i.e., Muslims). Given that today’s radical Muslims, like Narnia’s Calormenes, are medievalists who want to destroy the West, the parallels seem pretty darn perfect. Indeed, the Calormenes are kind of like the Iranian Shias, who believe that they must bring around the end of days — which is what happens in The Last Battle.

My favorite scenes in the book take place after the Apocalypse, when the saved have passed to the other side. It’s there that the children who have carried the series find themselves in a world that looks just like Narnia, only it’s better. We learn later that this is something of a heavenly antechamber, where all the dead are gathered before the final sorting.

One of the most mystifying things for the children is the dwarfs. In the last battle, dwarfs took three positions: they either sided with the Narnians, with the Calormenes, or with themselves. This last group of dwarfs concluded that everyone was against them and, rallying to the battle cry “The Dwarfs are for the Dwarfs,” they began killing both Narnians and Calormenes.

Now, on the other side, while the children are experiencing a perfect pastoral scene, the dwarfs believe that they are in a filthy barn. Nothing will convince them otherwise. When someone gives them flowers to smell, they scream in rage, convinced that the flowers are cowpats. They are blind to the beauties around them and remain determinedly locked in their mental prison.

Later, when Aslan appears, the children ask him to help the dwarfs. He therefore provides a glorious feast for the dwarfs — who first perceive the food as offal and then get into a fight for possession, eventually destroying it all. Having done so, they sit down contentedly, saying, “Well, at any rate there’s no Humbug here. We  haven’t let anyone take us in. The Dwarfs are for the Dwarfs.”

“You see,” said Aslan, “They will not let us help them. They have chosen cunning instead of belief. Their prison is only in their own minds, yet they are in that prison; and so afraid of being taken in that they cannot be taken out.”

For too many blacks caught in Democrat toils, the race hustlers have locked the door and thrown away the key, leaving blacks still enslaved. (And yes, I know that there are racists out there, but their rarity is exemplified by the fact that every few months, some horrible crank and crackpot periodically makes the news. Our institutions (both public and private), on the other hand, are not colorblind either, but they bend over backwards to accommodate blacks. Slavery, it is not. So to the extent blacks still identify as slaves, Kanye is right: It’s a choice.

The other point I want to make is that Africans made choices a long time ago too. The only reason the African slave trade existed and survived was that Africans sold each other to the coastal Muslim traders, who then sold them to the West.

What I just said does not expiate the sin that those slave traders and slave owners committed. It simply states a fact, which is that, back in Africa, tribal leaders made a choice to sell their enemies into slavery. They saw this not as a matter of color, but as the outcome of victory. After all, throughout the world, slavery had been part of the human condition for at least 10,000 years and probably much longer. Humans are spoils of war, to be killed, enslaved, or sold for profit.

And now we get to the third video, which is Dave Rubin’s interview with Sebastian Gorka. It’s long, but worth it because Gorka, in that beautiful, resonant voice, talks at length about the changes taking place in the world and about Trump’s pivotal role in that change.

I wish that those obsessed with Trump’s personal failings would watch this video because it makes quite clear that Trump is the only person in America who could successfully take on and destroy the Left. His conquering mantel is more consequential than the fact that a known playboy had adulterous sex with hookers more than a decade ago.  While Trump’s behavior was an affront to both his wife and to God, that’s not a moral battle in which the American people need to be involved. That’s between Trump, his family, and his God. It is enough for us that he is leading America out of the darkness. Anyway, enjoy this video:

We are living in the midst of a perfect storm. It’s scary, but it can be invigorating, and the calm afterwards can be the quiet of the grave or the glowing wonders of a new world washed clean of old sins and stupidities.