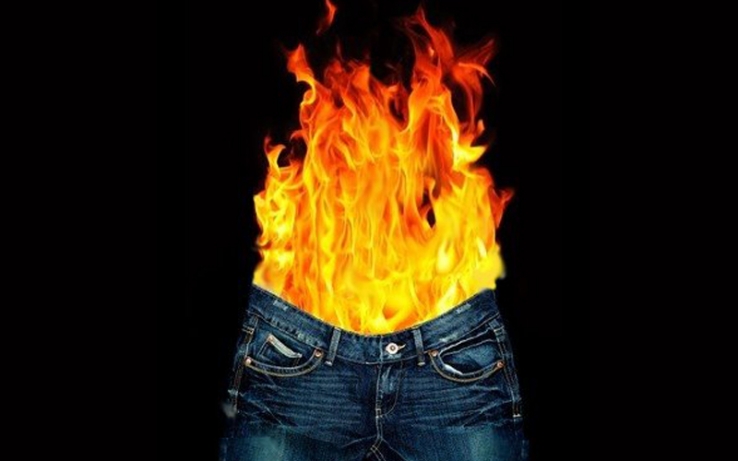 Conservatives and Leftists aren’t just watching different movies, which goes to spin and values. Leftists are often watching movies based entirely on lies.

Scott Adams is fond of analogizing different political world views to the fact that people are watching different movies. I watch a movie that sees Trump as an incredibly effective leader who is restoring balance to American politics and to the world stage. Leftists see Trump as an evil fascist who is making the world a place of boiling oceans and hate-filled lands. That is a perception difference based upon values.

Under both those theories, conservatives and Leftists are living in the same world, with the same facts, but spinning them different ways.

I believe, however, that there’s a really stunning difference between conservatives and Leftists, which is that the latter cling desperately to data that is proven to be false. In other words, for Leftists, it’s not that “facts are stubborn things,” it’s that “falsehoods are stubborn things.”

I’ve got four examples of absolute falsehoods lined up here, all recent. I’m sure that you, my readers, will have your own additions to make. Keep in mind that these are examples in which the facts are absolute and unequivocal, and that the Left relentlessly clings to a narrative that bears no relationship to those stubborn facts:

Only someone deeply invested in a lie would contend that Trump was speaking of immigrants generally — but that is exactly what the entire mainstream media did:

“Trump Calls Some Unauthorized Immigrants ‘Animals’ in Rant,” screamed The New York Times‘s Julie Hirschfeld Davis. Her article referenced MS-13 only once, buried as an aside in the third paragraph: “He exhorted his administration to ‘do much better’ in keeping out undesirable people, including members of transnational gangs like MS-13.”

USA TODAY ran with the headline “Trump ramps up rhetoric on undocumented immigrants: ‘These aren’t people. These are animals.'” To their credit, Gregory Corte and Alan Gomez included a bit more context than The New York Times did. Even so, MS-13 did not come up until the fourth paragraph, and the opening sentence suggested that the president was “calling undocumented immigrants ‘animals.'”

NPR’s Scott Neuman ran with the same kind of twisted headline: “During Roundtable, Trump Calls Some Unauthorized Immigrants ‘Animals.’” Unlike USA TODAY and The New York Times, Neuman updated the story, including remarks from counselor to the president Kellyanne Conway and press secretary Sarah Huckabee Sanders.

Perhaps worse than these selective headlines, various media outlets shared a selectively edited clip of Trump’s comments on Twitter. The clip removed the vital context of his comments — along with any mention of MS-13 — suggesting that the president was referring to all illegal immigrants as “animals.”

As recently as yesterday, Salon was still peddling the lie:

Salon is still peddling the lie that Trump was speaking of illegal aliens generally not MS-13 specifically. Salon journalists are clearly sociopaths. https://t.co/cS6TNInQwE

This is not spinning; it’s out-and-out dishonesty.

2. The Hamas victims lie. On the same day that the American embassy opened in Jerusalem, Hamas capped its days of rage with an attack on the Israeli border. This attack was part of a multi-stage kabuki theater. You may remember the thousands of burning tires on the Israeli border back in April — yet not a single mainstream media outlet complained about the carbon pollution.

What did get the Proggies, and Sandernistas, and media types (but I repeat myself) exercised was that, during the most recent riot on the border, Israel ended up shooting and killing 62 people. The media instantly spun this as 62 innocent civilians massacred by the Israeli military. What was so interesting was that this narrative did not change a single bit when Hamas itself boastfully explained to the world that 50 of those 62 dead were Hamas fighters. That is, they were not civilians; they were combatants who were killed when they mounted a military operation to invade Israel with the hopes that, once across the border, they could slaughter as many Jews as possible:

Senior Hamas official sets the record straight on who was killed in last Hamas-orchestrated riots: “50 of the 62 martyrs were Hamas”. Take his word for it. This was no peaceful protest. pic.twitter.com/oop2y3oWrB

Moreover, to the extent women and children were in the line of fire, Hamas deliberately placed them there as sacrificial lambs, along with combatants disguised as civilians. This is not conjecture; Hamas boasts about it:

Hamas leader in Gaza Yahya Sinwar emphasized in a May 16 interview with Al-Jazeera TV that although Hamas has chosen the “wonderful and civilized” method of non-armed clashes, it would not hesitate to resort to armed struggle again when required by the circumstances. Sinwar said that Hamas members could have “rained thousands of missiles down” on Israeli cities, but instead, chose to take off their military uniforms and join the marches. He added that against the images of the new U.S. embassy in Jerusalem, the Palestinians had painted an image of heroism and determination with their sacrifices – “the sacrifice of their children as an offering for Jerusalem and the Right of Return.” “When we decided to embark on these marches,” he said, “we decided to turn that which is most dear to us – the bodies of our women and children – into a dam blocking the collapse in Arab reality.”

For the media to continue to report its “Israel as murderer of the innocents” narrative in the face of Hamas’s proud boasts isn’t spin; it’s out-and-out dishonesty.

3. Social Justice Warrior lies at FenCon. I’ll admit right off the bat that the setting here is a little obscure, but this story perfectly demonstrate the Leftist commitment to lies long after the truth is revealed. Larry Correia went ballistic describing a social justice lynch mob powered by provable lies:

Now for background. Recently, bestselling author John Ringo was scheduled to be a guest at ConCarolinas, but had to drop out after his presence upset a social justice lynch mob.

It was all the usual accusatory stuff, misogynistic, homophobic, racist etc. (and their examples? Nothing from real life, just a couple of his FICTIONAL characters bad behavior from among the thousands of fictional characters he’s written).

Ringo bailed out rather than put up with their dramatic nonsense.

But that’s not what this post is about. It’s about the disgusting cesspit of File 770.

Part of Glyer’s shtick is while he pretends to be an honest reporter, he lets his crackpot denizens lie their asses off, while deleting comments from people who disagree with his established narrative. So his horde of psychos gather together, make shit up, opposing views (or people who were actually there) get deleted, so that the insidious narrative can go forth, to fuck over that author for the rest of his career. But don’t worry, he only does this to authors who don’t toe the right political line.

After the ConCarolina’s thing, the lies there were so egregious that John Ringo actually lawyered up, and his guy gave them a cease and desist warning.

You really need to read John’s link, because it is so perfectly demonstrative of the fundamental dishonesty of these people. In this particular case, they took something that in reality was actually really sweet, and twisted it into something obscene.

Again, the above involves, not spin, but straightforward lying and, moreover, remaining committed to the lie long after the truth emerges.

4. Social justice warriors lying about police interactions. Body cams are proving to be a wonderful thing: they expose bad cops and they also protect good cops. Witness the cop whose body cam almost certainly saved his job and his life from the SJW lynch mob:

A South Carolina NAACP chapter president who says he was racially profiled during a traffic stop was accused of lying after police released video footage of the encounter, according to reports.

“Tonight, I was racially profiled by Timmonsville Officer CAUSE I WAS DRIVING A MERCEDES BENZ AND GOING HOME IN A NICE NEIGHBORHOOD,” Timmonsville NAACP President Rev. Jerrod Moultrie said in an April 13 Facebook post, according to Fox 5 Atlanta.

“He made a comment that the officer accused him of having drugs in the car,” Timmonsville Police Chief Billy Brown said, according to the station. “He said that his wife and grandchild was in the car. He asked them not to move because the officer looked as if he might shoot them or something. He also made mention that the officer continued to ask him about his neighborhood. Why was he in that neighborhood? And threaten[ed] to put him in jail in reference to something dealing with the registration to the vehicle.”

Brown told the station that after reviewing the bodycam video of the stop, he determined there was nothing to Moultrie’s claims.

“When I saw the video, I was shocked that someone who is supposed to be a community leader, a pastor, and head of the NAACP would just come out and tell a blatant lie,” the police chief said. “It bothered me. It really bothered me, thinking about the racial unrest it could’ve cost in the community and it’s just troubling to me that someone who held a position like that would come out and just tell a lie.”

Based on the body camera footage, the officer who stopped Moultrie neither asked if he had drugs in the car nor why he was driving in the area,” the Raleigh News & Observer reported.

The paper reported that the officer stopped Moultrie for making a turn without signaling.

Read the rest here. Moultrie has been conspicuously silent.

Facts are indeed stubborn things, but lies live on if the people who control communication in the country are invested in them. Of course, what the liars and their supporters will learn is that truth will always emerge eventually. We just hope that it doesn’t emerge over the corpses of a civil war.

Incidentally, for those who point to Trump as a liar, I’ll say what I’ve said before: He’s an exaggerator and a puffer who stretches the truth about inconsequential things, but hews to the truth about things that matter. In this, he differs significantly from Obama, whose lies went to the heart of important political issues (e.g., “If you like your doctor, you can keep your doctor.”). I’ll take a puffer over a liar any time.