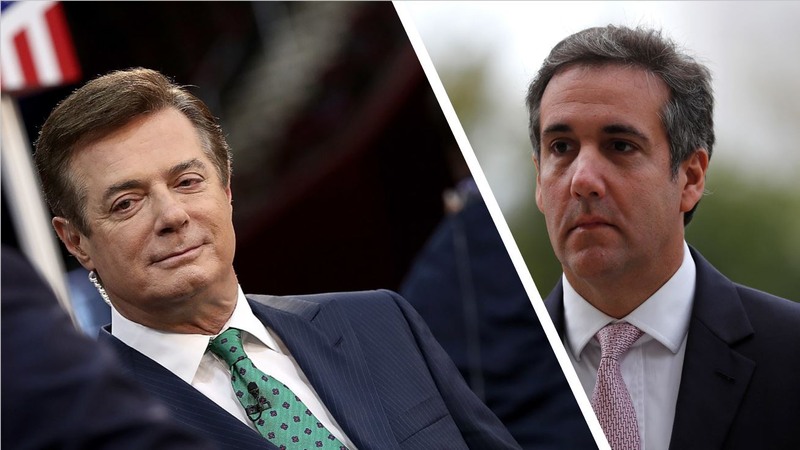 While Leftists and #NeverTrumpers bathe themselves in ritual blood from the Manafort verdict and Cohen plea, Americans just want government to support them. 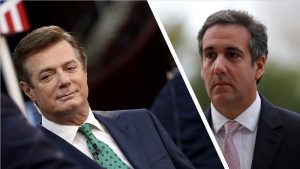 Manafort is not either a nice or a morally decent man. Today, the jury found him guilty on eight charges of tax fraud (long before he worked on the Trump campaign), while the judge dismissed the other eleven charges on grounds of mistrial. Likewise, there’s no reason to believe that Trump’s former attorney, Cohen, was a man of either decency or honor. Manafort was someone Trump ended up with when no one in the establishment would touch him in the run-up to the election, but Cohen and Trump go back a ways. Like many in New York’s big-time construction industry, Trump had his fixer.

However, it’s worth pointing out that past presidents — most notably Democrats — haven’t had very savory connections either. Manafort is no better than his past partners in business, the Podesta brothers, but while the latter continue to fly comfortably under the Clinton-Democrat-Deep State radar, Manafort, because of his connections to Trump, became a marked man.

Indeed, when it comes to the Clinton’s, I’d need to have as many fingers as the Hindu goddess Kali to count off all of their unsavory and deeply criminal connections. Obama was no better: Bill Ayers and Bernadine Dohrn, Louis Farrakhan, Palestinian terror supporters, his whole top-level IRS, Brennan, Hillary Clinton, etc. He had a rogues gallery surrounding him, all of whom again had the protective umbrella of the Clinton-Democrat-Media-Deep State complex. They weren’t less corrupt than anyone around Trump; they were just better insulated from their crimes.

But going back to Manafort and Cohen, while Trump and his supporters have pointed out that none of this has anything to do with collusion and that silencing a blackmail probably isn’t campaign fraud outside of Mueller-land, the Left and their fellow travelers amongst the #NeverTrumpers are in paroxysms of excitement, believing that (again) this is the beginning of the end of the Trump presidency. I thought I’d share some of their tweets with you. As you read the tweets from Leftists, please note that they haven’t yet seem to process that, if they get Trump out, then Pence is in.

“We are now in the end stages of the Trump Presidency.” —@adamdavidson. https://t.co/8giqPRwzfq

As we close this day, it may well be the case that the only reason Trump hasn’t been indicted is that he’s president, the leader of the free world. Let the implications of that statement sink in.

The President of the United States hired multiple convicted criminals to run his campaign, is a sentence we should never stop saying.

I’ve been skeptical about the wisdom and merit of impeachment. Cohen’s guilty plea changes that. The president is clearly guilty of high crimes and misdemeanors. He should resign his office or be impeached and removed from office. https://t.co/N23Z6vlfZa

‘At this rate, Trump is going to wind up behind bars with Giuliani visiting him and saying, ‘Don’t worry, Donald: Prison isn’t prison.’ @MrScarce https://t.co/05FzVj6yGd

Hey, Paul Manafort…I TOLD you that you were going to die in prison.

Meanwhile, conservatives have their eye on something else:

Can this nation be saved?

My take is that, beginning with the Clintons, Americans understood something they’d been in denial about in the years after the Harding administration: namely, that our federal government is corrupt. What ordinary American are dreaming about isn’t a moral government, which is increasingly a pipe dream. Instead, they want a government in which the doesn’t just work for the benefit of those in government or in bed with government but, instead, works for the American people. With Trump promising smaller government, Americans are hoping that, with fewer hands in the till and less federal money to be had, there’s simply going to be less scope for corruption in the future.