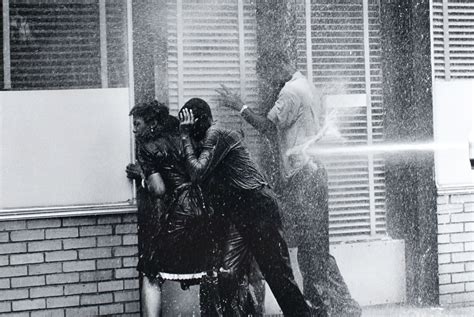 A chance meeting with two people who rose above horrific childhoods is a reminder that, ultimately, only victims themselves can overcome their injuries. 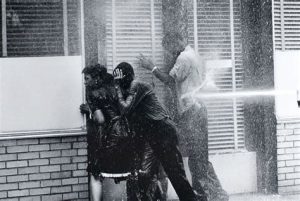 Other than the story about Lanny Davis and CNN — he lied, CNN lied, Davis recanted, CNN continues to lie — I haven’t found the last 24 hours of news either interesting or inspiring. What I have found interesting and inspiring is two people I met yesterday.

I won’t divulge the details of their lives, except to say that after truly horrific childhoods, followed by self-medication with substance abuse, they became Born-Again Christians and are now, by any metric, both exemplary citizens and people who have made a happy life for themselves. I admire them greatly.

One of the things they talked about was taking responsibility for themselves and making peace with those who had harmed them. What they understood was that, until they took ownership of their behaviors, they could never move forward and live the good lives both deserved.

It didn’t matter that evil, predatory people drove this couple to their self-destructive behaviors. Those bad people, even if they repented, were not going to be able to fix their victims. Their victims — that is, the couple I met — had to help themselves (which they obviously did).

A good example of this comes out of Australia. At FrontPage Magazine, Danusha Goska writes about The Child Sex Abuse Crisis Leftists Don’t Want You To Know About. Since the picture on the article gives away the game, I’ll tell you now that that the sex abuse scandal is amongst Australia’s aborigines. The current approach in Australia is to pretend the problem doesn’t exist because that’s victim blaming. Tell that to all future generations of innocent children who will be victims of this practice….

It’s true that, in some cases, a perpetrator can easily make a victim whole again. For example, if I steal money from you, I might be able to make you whole again by returning the money. But what if, because I stole that money, you were unable to take a taxi to pick up your friend who was stranded in a bad part of town and she got raped?

How can your friend be made whole after this terrible violation? How can you be made whole for the guilt you feel? Even if I return the money, I can’t fix either of those psychological injuries. I deserve time in prison for my wrongdoing, but that won’t fix you or your friend. Only you and your friend can fix yourselves.

Two days ago, at the only Apple store in Marin, five black men did a “grab and run” theft, making off with almost $20,000 in merchandise. Incidentally, we know they were black, not because the news outlets reported their race as part of helping the public identify them, but because someone in the mall, realizing that these young men were probably up to no good (a very racist thought, of course) videotaped the whole thing.

As I mentioned yesterday, these smash and grab thefts are incredibly common and almost always committed by young men from all black communities to the east and south of Marin. Race is never mentioned in the news stories, but if you talk to the cops privately, they’ll tell you the truth. It is a dysfunctional community that produces a disproportionate number of criminals. That’s not a racial statement; that’s a factual observation.

A month or so ago, an apparently law-abiding black family from one of those same dysfunctional communities entered a store in Sausalito, a popular Marin tourist destination. The store owner asked them to leave, because she feared a smash and grab. The father then insisted that there be a zero tolerance policy put into place . . . against store owners. Wouldn’t it make as much, if not more, sense for him to demand a zero tolerance policy against members of his own community who commit crime?

I can truly understand how humiliated an upright citizen felt to be on the receiving end of racial stereotyping. But the reality for store owners is that pathologies in the black community are both costly and dangerous. Those realities are not the store owners’ fault.

And here’s where I finally circle back to that ownership concept. I will readily agree that first the British and then the Americans committed a heinous moral crime against blacks by enslaving them. Never mind that it was normative at the time and had been for the whole of human history before then. It was still a vile crime and, by the 18th and 19th centuries, the Judeo-Christian believers participating in that crime should have known that they were violating the 8th Commandment when they stole human liberty.

Likewise, the treatment meted out to blacks in America after the Civil War was equally heinous. Nor can the North pretend that it was not complicit. It didn’t go to the same extremes as the Jim Crow South, but Northern treatment of blacks, while not institutionalized through Democrat legislation, was also a toxic brew of race hatred.

Funnily enough, with a clear enemy in the early to mid 20th century, blacks nevertheless improved their lot. The limitations of travel blogging mean I can’t easily find citations, but I’m pretty sure I’m correct when I say that, by the 1950s, blacks were doing the magic lifestyle trick of getting educated as best as they could, getting jobs, getting married, and having children, in that order.

That lifestyle trick was steadily improving their economic standing in every place in which Democrat legislation didn’t make it impossible for them to improve their economic positions. Even though these blacks had done nothing wrong, and were true and complete victims, they were still owning their lifestyle choices and making the best ones possible.

What brought the whole thing tumbling down, ironically enough, was when guilty whites decided to atone for their sins by “fixing” the black community with welfare. Social workers fanned out to black communities and urged black people to stop working and let Uncle Sam pay them what the white people owed them. That dynamic destroyed the whole “get a job, get married, and have children, in that order” dynamic that was raising blacks up both socially and economically. Sadly, well-meaning whites managed to kill so many blacks with kindness.

(Incidentally, there’s reason to believe that LBJ was not among the well-meaning. He fully understood that making blacks dependent on government would create a permanent Democrat voting bloc. Up until President Trump’s economy made black self-sufficiency a better deal than black dependency, this voting bloc has held strong for the past 50 years.)

My point is that whether white America was grotesquely and immorally abusing blacks or whether it was trying to atone for its sins by pouring money and other benefits on blacks, we whites not only damaged them but we proved unable to fix them. That’s because regardless of fault, to the extent there are harmful pathologies in the black community, only blacks can fix themselves.

In that way, the people I met yesterday are a microcosm of the American black experience. As utterly innocent children they were the victims of appalling, immoral mistreatment. As is the case with the black community, they developed pathologies that, while perhaps harmful to those around them, were really most harmful to themselves.

And then these admirable people did what the black community must do to save itself: They owned their pathologies so that they could fix their pathologies. That ownership did not and does not relieve the malfeasor of guilt; it does, however, allow the victim to move beyond the damage and achieve the most and best that life can offer.

UPDATE: Unbeknownst to me, even as I was writing this post, my friend Danny Lemieux sent me an email with a link to the same article I referenced above about Aborigines and child sex abuse. I think his comment is worth adding to this post:

The same principle applies to the Rotherham grooming scandals in Europe and American Indian reservations, where child rape is tolerated. True racism is when you apply different standards and expectations to people based on the color of their skin.