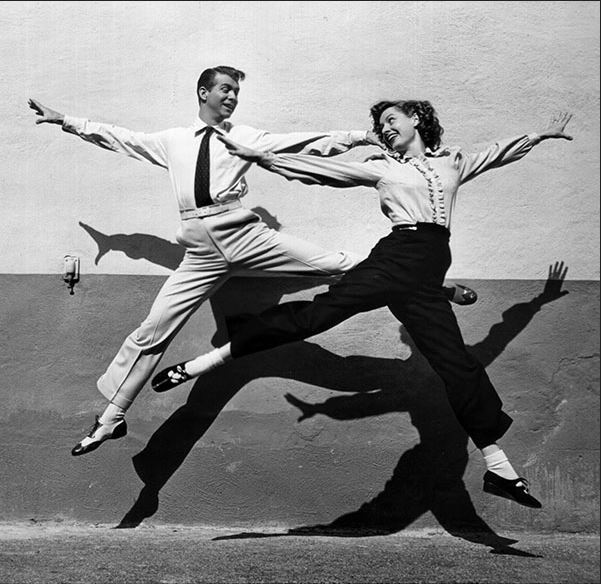 Gene Nelson, a singer and dancer from Hollywood’s golden age, reminds us that talent isn’t always enough. You need an intangible extra to be a star.

Star power is real, although some stars, like butterflies, have to grow up a bit before you see it. If you go back and watch 1939’s Stagecoach, which was John Wayne’s breakout role after he’d already been kicking around in Hollywood for almost a decade, you see star power. Apparently his good looks notwithstanding, that decade was necessary to bring his wattage to maturity.

I need a break from politics, so I want to talk about something different, which is star power.Katherine Hepburn also had to grow into her star power. In her early movies, sometimes she was good (as in Little Women) and sometimes she overacted so badly it makes ones teeth hurt (as in Stage Door). No matter the role, though, and no matter the quality of Hepburn’s work, she draws you in. You can’t help but watch her.

Star power affected musical performers too. Gene Kelly and Fred Astaire had it. Both were superb dancers and okay singers. Gene was handsome; Fred dorky. In other words, they were like a thousand other talented Hollywood hopefuls but, when they’re in a scene, you watch them.

And then there’s Gene Nelson. If you’ve heard of him (and most of you probably haven’t), it’s because of his role as Will Parker in 1955’s Oklahoma. And if you do remember that movie, you probably remember Gene for this one song and dance (which is really more singing than dancing):

Even that limited number showcases Nelson’s virtues: Handsome; decent singing voice; elegant figure; and superb, athletic dancer. And when I say athletic, I mean it:

Over and over, in movie after movie in the early to mid-1950s, Nelson made it look easy to be a wonderful dancer (who could sing and looked nice too):

Watching the videos, though, I see two things: The first is that he had the misfortune not to work for MGM in the 1940s and 1950s. Whatever faults MGM had (and there were many) that studio sure knew how to make musicals and to make stars of its song and dance people. The numbers Nelson is in are simply badly staged. It’s as if MGM was offering master classes in musicals, while the other studios were still stuck in high school.

But the second thing is the real problem:  Nelson’s personality is too bland. For all his virtues, he has no wattage; there is no star power. It’s a shame, because he really was a great singing and dancing talent. When it comes to the big screen, though, talent isn’t always enough. It’s that intangible something extra that makes the difference.

And yes, I agree that this is a pointless post, but I really don’t have the stomach for politics today.