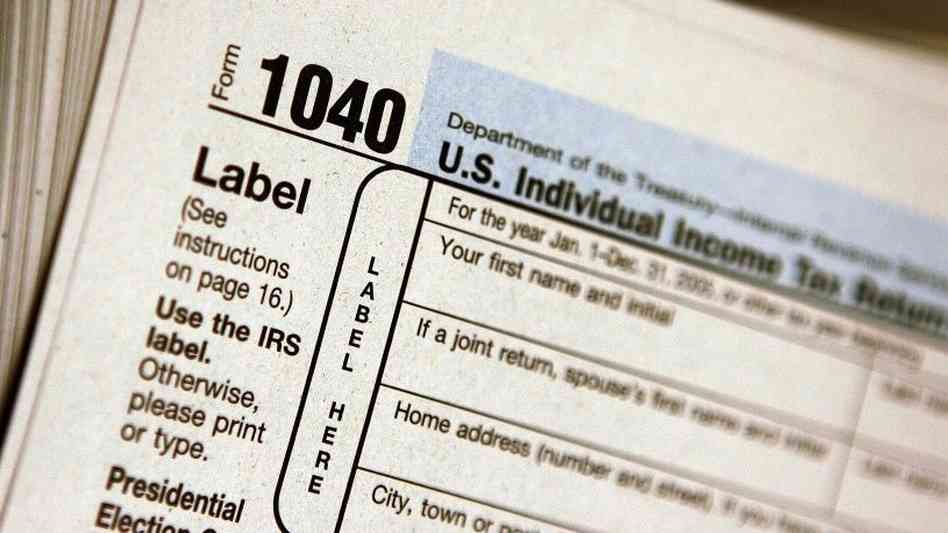 When it comes to confiscatory taxes, up-and-coming Progressive politicians are honest in their desires, but dishonest or misinformed about their facts. I’m developing quite the soft spot for Alexandria Ocasio-Cortez. It’s not that I think she’s either intelligent or that her ideas are good. To the contrary, I find her somewhat stupid, astonishingly ill-informed, and ideologically dangerous. Still, Ocasio-Cortez she has a singular virtue which we need to recognize, and that is the fact that she speaks honestly about Progressive goals, all of which are imaginary unicorns, and the way in which Progressives believe they can harness those unicorns. So it was that, on 60 Minutes, Ocasio-Cortez spoke freely about her desire to use her government position to enact confiscatory taxes:

Perhaps worried about being associated too strongly with Venezuela, which went from one of Latin America’s most profitable countries to one of the poorest countries in the world thanks to socialist policies, Ocasio-Cortez insists that her dreams are limited to having America copy the wonders of socialist Sweden:

Anderson Cooper: When people hear the word socialism, they think Soviet Union, Cuba, Venezuela. Is that what you have in mind?

Rep. Alexandria Ocasio-Cortez: Of course (LAUGH) not. What we have in mind— and what of my— and my policies most closely re— resemble what we see in the U.K., in Norway, in Finland, in Sweden.

Julian Castro, Obama’s House and Urban Development secretary and current Democrat presidential hopeful, thinks a 70% tax rate is for pikers. While he ostensibly supports Ocasio-Cortez’s 70% top marginal rate proposal, he seems to believe that confiscatory taxes can – and should — go even higher:

“There was a time in this country where the top marginal tax rate was over 90 percent, even during Reagan’s era in the 1980s it was around 50 percent” the former mayor of San Antonio, Texas, said.

Castro also floated “that we get more serious about making sure the corporations pay their fair share,” so the country can fund policy programs like “Medicare-for-All,” as well as universal pre-kindergarten and higher education.

“During this campaign, if I run, I’m going to be very up front with the American people on how we would do that because I think that they are owed that, but it is worth it. It is worth it in this country for us to do that,” he said, vowing not to be “a single issue candidate.”

Before I get to the facts, as opposed to the fantasies, that drive those two hard-Left, attractive, young Hispanic politicians (be afraid, be very afraid), I want to make just a few points about that whole “fair share” thing:

First, “fair share” is an entirely subjective standard, so the phrase is meaningless political waffle.

Second, in a free country the government should not create a sliding scale determining what is fair for some but not fair for others.

Third, if you want “fair,” a flat tax makes sense. Everyone should pay 10% or, alternatively, there should be a flat 10% tax on all goods except for food. Everyone will pay at least a little, but the rich will pay a lot — and without wiggling out through clever tax dodges.

Fourth, as a subset issue related to that 10% tax idea, I hate the way people conflate percentages with fixed values. I was raised to tip service providers 15%. With inflation, people started saying, “We have to tip them 20%.” It was impossible to explain to the ones advocating this 20% rate that percentages are always proportionately the same. You don’t need to raise them as prices go up, because the 15% amount automatically increases with the inflationary price adjustments. If a 10% tax is a fair rate, it should be fair for everyone.

Fifth, when discussing taxes, we need to discuss those who currently don’t pay, as well as those who pay disproportionately. I believe everyone who votes should have skin in the game. This leads to two proposals: Either everyone pays something (perhaps that 10% flat tax or a 10% flat sales tax) or those Americans who pay nothing (the takers, not the payers), don’t get to vote.

Okay, now back to Castro’s and Ocasio-Cortez’s honestly expressed opinions about taxing the rich. As to those, I have three points to touch upon:

First, Ocasio-Cortez, who is wrong about so many things, is wrong insofar as she believes Sweden is a socialist economy. It is not. John Stossel provides a very lucid analysis, some of which I’ll quote here:

“Sweden is not socialist – because the government doesn’t own the means of production. To see that, you have to go to Venezuela or Cuba or North Korea,” says [Swedish historian Johan] Norberg.

“We did have a period in the 1970s and 1980s when we had something that resembled socialism: a big government that taxed and spent heavily. And that’s the period in Swedish history when our economy was going south.”

Even socialistic Swedes complained about the high taxes.

Astrid Lindgren, author of the popular Pippi Longstocking children’s books, discovered that she was losing money by being popular. She had to pay a tax of 102 percent on any new book she sold.

“She wrote this angry essay about a witch who was mean and vicious – but not as vicious as the Swedish tax authorities,” says Norberg.

Yet even those high taxes did not bring in enough money to fund Sweden’s big welfare state.

“People couldn’t get the pension that they thought they depended on for the future,” recounts Norberg. “At that point the Swedish population just said, enough, we can’t do this.”

They also reduced pension promises “so that it wasn’t as unsustainable,” adds Norberg.

As a result, says Norberg, his “impoverished peasant nation developed into one of the world’s richest countries.”

Sweden’s free market is not burdened by the U.S.’s excessive regulations, special-interest subsidies and crony bailouts. That allows it to fund Sweden’s big welfare programs.

“Today our taxes pay for pensions – you (in the U.S.) call it Social Security – for 18-month paid parental leave, government-paid childcare for working families,” says Norberg.

But Sweden’s government doesn’t run all those programs. “Having the government manage all of these things didn’t work well.”

“We realized in Sweden that with these government monopolies, we don’t get the innovation that we get when we have competition,” says Norberg.

Sweden switched to a school voucher system. That allows parents to pick their kids’ school and forced schools to compete for the voucher money.

“One result that we’ve seen is not just that the private schools are better,” says Norberg, “but even public schools in the vicinity of private schools often improve, because they have to.”

Second, the true, effective marginal tax rate in America during the 1950s and 1960s was never even close to 90% or even 70% because the tax code was structured so differently. Matt Palumbo examined this issue early last year:

As everyone that has filed taxes knows, the marginal tax bracket they fall into isn’t the effective tax rate you pay, because of deductions, and other factors. In the past, the tax code was ridden with loopholes.

When the Revenue Act of 1935 was passed, raising the top income tax bracket to 75%, literally only one person paid it; John D. Rockefeller.

It is true that we did use to have massively high marginal tax rates, but it was never the case that we had high effective marginal tax rates. Nor are the top rates comparable of the past comparable in the levels of income they affect. The new top income tax rate for households of 37 percent kicks in at $315,001 of income. The 91% rate in 1955 kicked in at an inflation adjusted $3.5 million in todays income.

As you can see in this chart from the Congressional Research Service, the top effective income tax rate in America has never exceeded 30 percent. If we isolate just the much-maligned top 1% of income earners, their tax rate is less than 6 percentage points lower today than what it averaged in the 1950s. A decline for sure, but hardly the 60-or-so percentage point decline claimed.

Nor has the government been starved of revenue in light of the decline of marginal tax rates – because it’s the effective rate that matters.

Third, as David Burge (aka Iowahawk) and Bill Whittle reminded us in 2011, when Leftists assured us that we could fulfill all Progressive government dreams just by squeezing the “fair share” out of the rich, that won’t work – and even if we could make it work, it is, at best, a one-time, short-term solution. Moreover, as the alert viewer will notice, the pretend appropriation plan that Burge crafted and Whittle explains works only if you drain money from billionaires twice – once as people earning more than $250,000 annually and a second time as members of a unique class known as billionaires:

I’m incredibly grateful that today’s crop of hard Left politicians is being open about its dream of expanding government by taxing the heck out of everything and everybody. That honesty allows us to point out that (a) they’re planning to turn us into Venezuela, not Sweden; (b) they’re either ill-informed or lying when they claim that we’ve been taxed this much before; and (c) these types of high confiscatory taxes work once – and then the producers are unwilling or unable to produce the revenue to carry those socialized programs.

As I like to remind anyone who will listen, the only reason soft socialized programs worked in Europe as long as they did (that is, people got cradle-to-crave care without work camps and long lines) was because America was paying for it. It was America that paid for defense costs during and after the Cold War.

Indeed, the Whittle/Burge video reminds us that by 2011, Brits were rioting because their system was collapsing. Now the French are rioting. The Greeks have already rioted.

Moreover, for decades now, and with increasing speed since 2015, European leaders thought they could prime the diminished European economic pump by importing labor – only to discover that Muslims don’t labor for nobody, no how. Instead, they arrived expecting the Europeans to labor for them.

So, as we look at once beautiful Europe, we wave good-bye to warm and cuddly cradle-to-grave socialism. Instead, we say hello to the two Europe’s only two choices: Remake the economy as Sweden did (only minus the continued damaging influx of illiterate people who hate Europeans and refuse to work for them) or turn into Venezuela.

My suggestion for America is that we stick with Trump’s economic model – capitalism. It’s better that way. Also, another suggestion: Take these young Progressive politicians very seriously. They’re uninformed and their ideology is evil, but they’re photogenic, smart in the ways of social media, and both the old and the new media world will pour all of their energy into elevating them and their ideas. Ridiculing them is fun, but only by challenging their pernicious, evil ideas, can we defeat them.