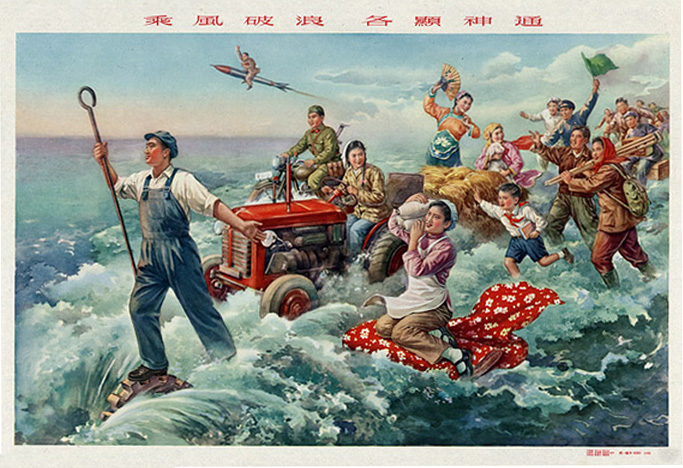 Today’s new Leftists like to promise us Swedish style socialism. They make these promises ignoring the fact that Sweden long-ago stopped socialism and became a market-based economy although one with a large social welfare infrastructure. They also like to ignore the fact that, as Sweden has morphed from a small, homogeneous country into a larger country flooded with immigrants, the social welfare infrastructure is struggling.

Alternatively, today’s new Leftists like to promise us European style socialism. They make these promises ignoring the fact that Europeans managed to have this socialism because, for decades, America paid all their defense costs. In other words, it wasn’t socialized medicine, it was American medicine. They also ignore the fact that the medical care provided gave people access to doctors, but not access to actual health care. As Scott Atlas long ago explained, you have to look behind the praise and rankings to the actual outcomes. And of course, the new Leftists ignore the fact that, as American monies dried up and immigrants changed the social structure in European countries, all that nice welfare became all flipsy-wopsy.

To sum things up, the new Leftist’s first tier big lie is that the Europeans actually had a loving, all-supporting, high-functioning soft true socialism, which they did not. Alexandria-Ocasio’s Cortez’s Green New Deal, however, exposes the really big lie, which is that the new Leftists didn’t intend to go full communist. As her plan, which most of the front-running Democrat primary lemmings have endorsed, is full-bore communism.

If you haven’t seen the amazing FAQ Cortez prepared and then hid, you have to read it. It demands a mind-boggling takeover of the entire economy using technology that doesn’t exist and almost certainly cannot exist. Perhaps it’s the imaginary technology that led Ocasio-Cortez to propose a ten year time-line, rather than the standard communist Five Year Plan. It’s easier to kill all the farmers and demand that peasants produce impossible farm output than it is to retrofit every building in America, turn all cars electric (never mind the fossil fuel needed to make those cars run), and regulate car farts. The first just involves killing people; the second, as I said, requires actual magic.

I have derived great pleasure during my travels listening to podcasts of people having a laugh at Ocasio-Cortez’s mad plans. The retreat from reality is perfectly emblematic of the direction in which the entire Democrat Party is headed.

What I haven’t seen many people speak about is the full horror of the command and control economy Ocasio-Cortez envisions. Her plans are silly, but the real plan is the complete takeover of the American economy. This isn’t the soft corporate crony fascism the Lefties have previously been pushing (plans remarkably similar to both German and Italian economic plans in the late 20s and early 1930s). This is full-out communism. It is a Green Leap Forward —- and Mao would be proud.

Even the funny line about jobs for everyone, including those who don’t want to work was scarily ambiguous. It really wasn’t clear if she was promising free money for slackers or forced conscription for slackers. Either is a bad idea but the second interpretation has the reek of gulags in America.

The Dems are essentially doing Mao backwards. He started with the Great Leap Forward, which saw 50-75 million deaths, and then, when the population was sufficiently softened up, he went for the murderous Cultural Revolution. That entailed intellectual purges, thought crimes, forced confessions, and re-education camps —- all of which the Democrats have already implemented at institutions across America.

Hard to blog well on an iPhone but I’m just trying to say that, while Ocasio-Cortez’s plan is being deservedly ridiculed, we would do well to be afraid that Kamala Harris, who is thought to be the front runner, thinks this coercive, true communist Green Leap Forward is a great idea.

(A friend commented that this was probably a revamp of someone’s high school paper . . . which got an A. In academia, you don’t have to defend ideas, you just advance the politically correct ideas, no matter how ludicrous, and happiness ensues.)