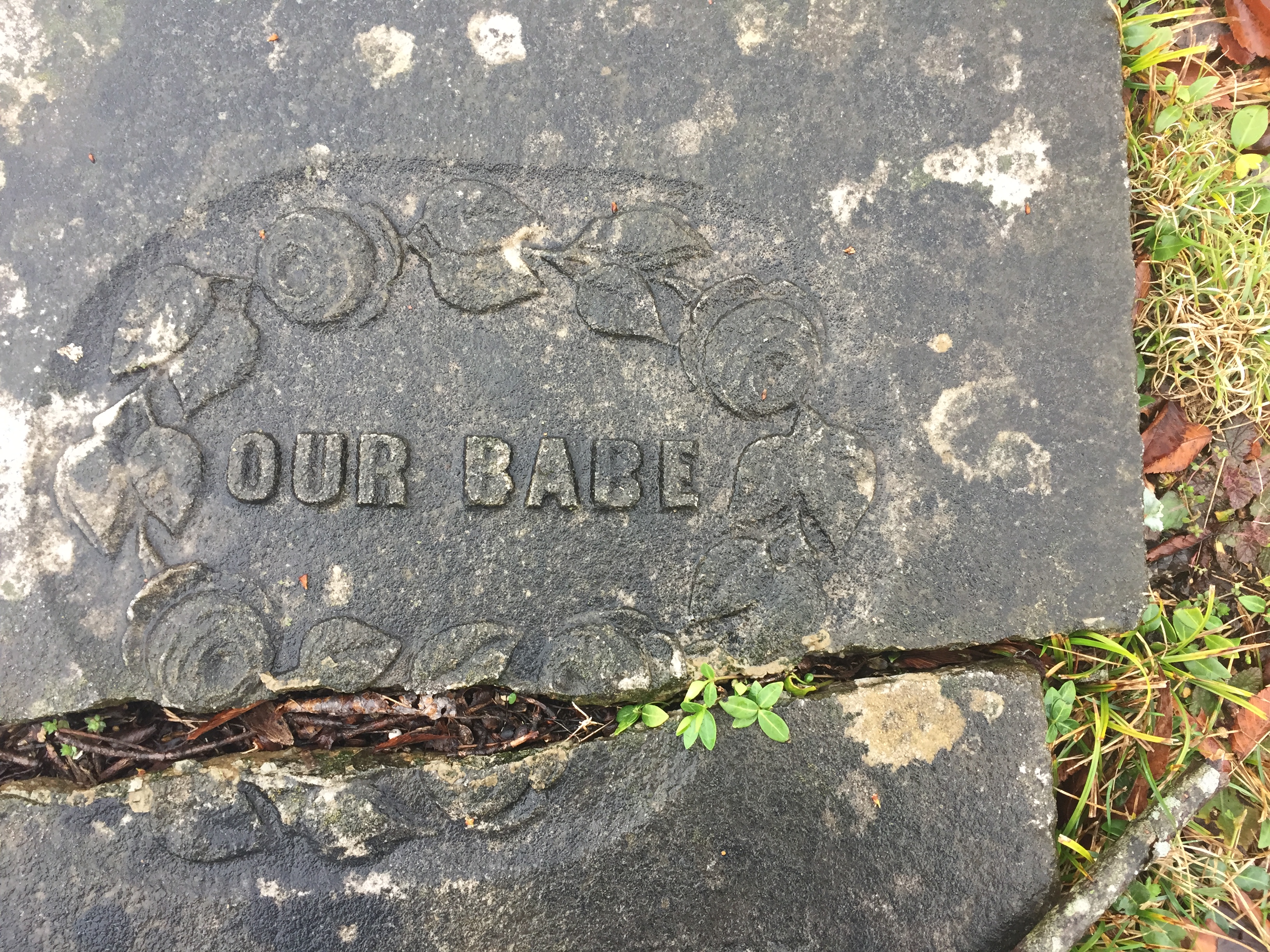 In the hard past Americans thought themselves blessed; in the present, Stupid Leftists claim victimhood and attack the modernity that makes life safe and easy. I love visiting old graveyards. This is not because I’m a morbid, ghoulish type. It is, instead, because graveyards tell stories about times past and I find the past fascinating. Moreover, by teaching us about the past, graveyards can give us insights into the present, whether for better or worse.

Yesterday, I spent a happy hour on a rain-soaked day wandering through a graveyard that dated back to the early years of the 19th century. You can get a sense of the cemetery’s serene beauty through these photographs. I drew two lessons about the past from this visit. First, that those people who fought and died to help create the United States of America were often very young. I reached this conclusion because the cemetery is the resting place of thirteen veterans of the Revolutionary War. I took pictures of a few of the headstones, along with the accompanying plaques explaining who the men were.

Jesse Wallace, for example, was 16 when the war ended, yet he was a veteran of that war: James Weir, whose actual headstone was too worn for a photograph, had reached the grand age of 20 at war’s end:

Lt. Col. James McGinley, another veteran, was also only 20 at war’s end: The women of the day fought their own battles. I’m sure Lt. Col. McGinley never divorced, but he certainly went through a lot of wives: Perhaps disease carried these women off, but I’m guessing that it was childbirth. The cemetery is filled with reminders about women’s childbirth mortality, a story told by the fact that so many headstones are for women who died during their childbearing years. Most were too faded to photograph, but I was able to get a few. Martha Eliza, a member of the McGinley clan, died at 29: Martha Elizabeth made it all the way to 30 before meeting what is, by our standards, an exceptionally early death: Virginia Godfrey Chairs passed away at 24: And young Mary expired at 22:

There were also numerous graves for babies and small children, but they were so worn I couldn’t capture them in photos. Instead, I chose this representative headstone as a stand-in for the many little ones who never saw their fifth birthdays: There were also scattered graves showing men dying at all stages of life: as infants, boys, teens, young men, and middle-aged men. Barring a few exceptions such as Jesse Wallace or Lt. Col. McGinley, they did not reach old age. Sadly, though, their gravestones also rejected my attempts to photograph them.

The plain fact is that life in early America was hard, just as it was hard the world over. The list of the things we take for granted — not fancy things such as iPhones, but quietly-running-in-the-background, infrastructure things such as plumbing — would take fifty blog posts and still not be complete.

We also have the benefit of enormous social strides. Those women who died young, usually in childbirth and after a life of hard physical labor spent feeding and clothing their families, didn’t have the right to vote and would never have dreamed of equal work for equal pay or equal opportunities for equal benefits. Blacks were still enslaved and, even if not enslaved, seldom enjoyed full civil rights. Gay and transgender people didn’t “exist” — that is, we don’t even have records of their being persecuted at that time because they were so deep in closets that they were absolutely and completely invisible.

Despite these hardships and struggles — struggles that were replicated the world over — I have no doubt that these early Americans felt blessed just to live in America. And I likewise have no doubt that those men who fought in and survived the Revolutionary War believed to their last breaths that they had been part of something extraordinary and had engaged in a signal service to all of mankind. Life was infinitely fragile back then, but liberty was also infinitely valuable.

How different from today. All those Stupid Leftists (and yes, that is how I think of them, especially when I put together my illustrated editions), view themselves as victims of life in the worst country in the world. Despite the myriad bounties they enjoy thanks, not to socialism and other forms of totalitarianism, but to free people living in a free system, they complain bitterly. They are oppressed, they are denied privileges and rights, they are the victims of a harsh, cruel system that refuses to cradle them in loving fascist arms.

Moreover — and much worse — think of AOC-ward’s Green Nude Eel (see PowerLine for the pun), which Kamala Harris, Elizabeth Warren, and other Democrat primary candidates have leaped upon to burnish their creds with the Stupid Leftists whose votes they seek. These foolish, ignorant, angry people are trying to turn back the clock on all our modern blessings.

Think back a few paragraph to that list of modern conveniences that we take for granted and that vastly extend or improve our lives? Let me show you what will be available should the Green Nude Eel actually come about: .

It’s almost laughable to think of these soft, spoiled, whiny coddled Stupid Leftists racing headlong into a past that was, even in America, poor, nasty, brutish, and short. If they get their way, our cemeteries will once again be filled with men, women, and children who, if they made it past infancy, nevertheless were unlikely to see the shady side of 30.

A lot of people like to go about saying “ignorance is bliss,” a saying that seems to define Stupid Leftists. In fact, the actual quotation from Thomas Gray’s “Ode on a Distant Prospect of Eton College” is profound, whereas that common snippet is merely pointless and banal. Gray’s  poem reflects on the fleeting joys of youth, when people quickly shake off passing sorrows and are blind to the sadness and indignity that life holds. Here is the final stanza, from which the commonly used expression comes:

To each his sufferings: all are men,
Condemned alike to groan;
The tender for another’s pain,
The unfeeling for his own.
Yet ah! why should they know their fate?
Since sorrow never comes too late,
And happiness too swiftly flies.
Thought would destroy their paradise.
No more; where ignorance is bliss,
‘Tis folly to be wise.

If ignorance is indeed bliss, it is folly to be wise. But if ignorance is a fatal pathway, then the true folly lies in avoiding wisdom and, instead, abandoning oneself to foolish death.

I like old graveyards. They are peaceful places and they make me think….