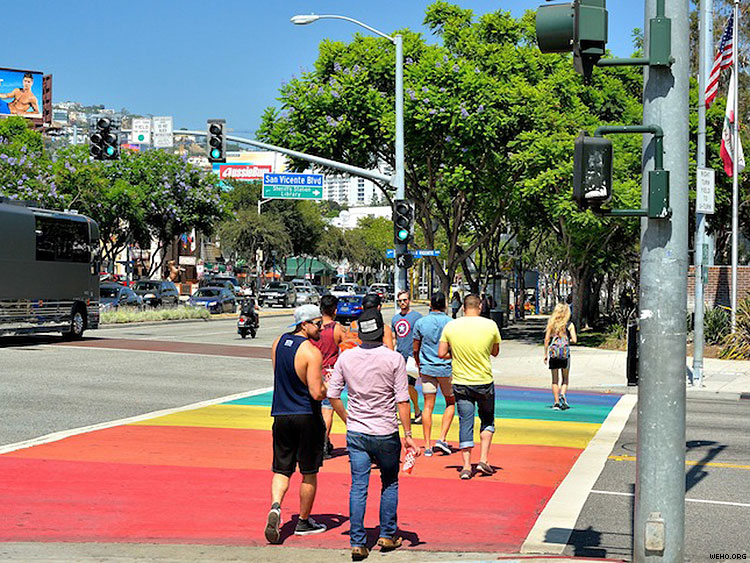 West Hollywood government cannot censor citizens but it should certainly censor itself from showing a blatantly anti-Semitic film.

The First Amendment prevents American governments from censoring citizens, no matter how vile the ideas those citizens may advance. There are some limitations that I won’t discuss here, but (thankfully) free speech in America is real. Having said that, government should and can censor itself when it comes to promote utterly vile ideas.

Today, I received an email (reprinted below) urging West Hollywood to re-think its decision to use its money and power to promote an actively anti-Semitic and anti-Israel movie. There is no reason whatsoever for the West Hollywood government to screen something so deeply dishonest and offensive. Even as hard Left a government as West Hollywood should have some sense of shame and decency, not to mention a modicum of political discretion.

For the past several months, there has been an ongoing issue at the City of West Hollywood related to the screening of a movie entitled “1948: Creation and Catastrophe” and we need your help on April 1st to ensure that a screening of this film is not sponsored by the City Council.

The film “1948” is filled with outright lies and distortions, declaring that the rebirth of the modern State of Israel was in fact a Holocaust for Palestinians, and is being promoted by an organization called Jewish Voice for Peace; an organization that overtly calls for Israel’s destruction. The movie claims that Jews never had a connection to the land of Israel and that Jewish refugees fleeing the Holocaust ethnically-cleansed indigenous Palestinians in order to establish their own country.

This kind of propaganda is unacceptable for any government to promote or subsidize, especially the City of West Hollywood, which has been an example of mutual respect and tolerance for all people. Please see the information below and join us on April 1st to stop this screening:

What:
Show up and speak out against the showing of an anti-Israel movie at the City of West Hollywood, Council Chambers.

Speaking Time:
Each participant in the council session will receive two (2) minutes to speak.

Parking: Free parking is available on site. Availability may be limited, arrive early.

NOTE: DO NOT go to West Hollywood City Hall on Santa Monica Blvd. This is NOT where public council sessions are held.

1. Ask: Why is the City showing a film that is clearly Anti-Israel and filled with Anti-Semitic undertones in content? Why is the city supporting a film filled with blatant lies, omissions, and manipulations of the facts? It denies any historic Jewish ties to the Land of Israel.

2. The City of West Hollywood should not be using City resources to promote a film that is deeply offensive to the Jewish and Israeli communities. In this instance, the City is subsidizing hate and facilitating the marginalization of a community.

3. In a time of heightened anti-Semitism locally and nationally, this film is an incitement to hate.

4. This film is being shown without resident or stakeholder input- it was a staff decision and without consulting the Jewish community or West Hollywood Israel community.