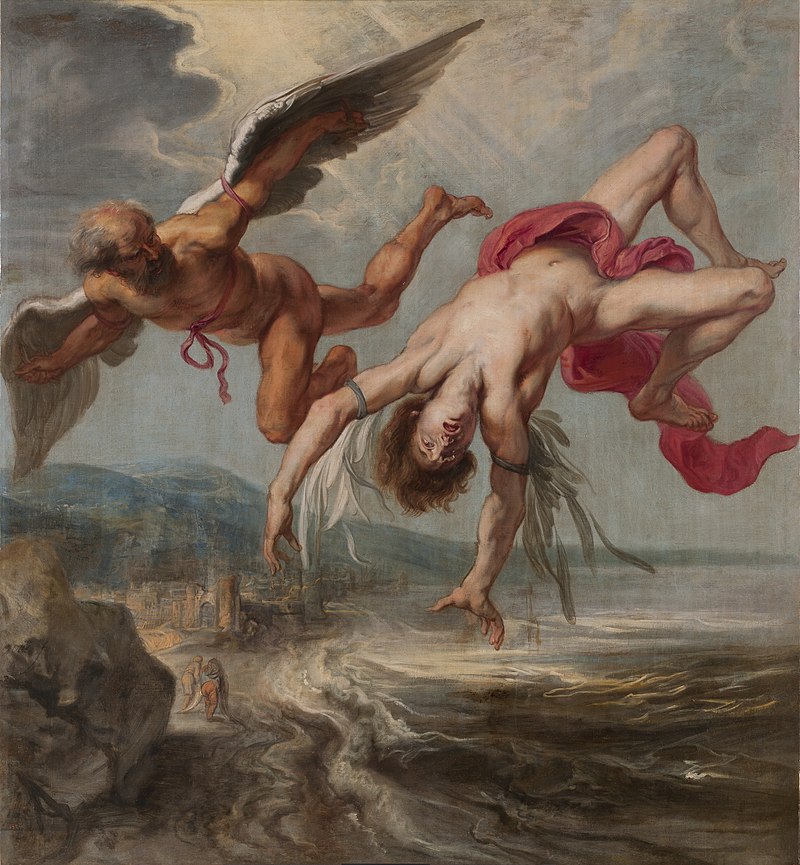 Trump is the avatar of an American reformation, for he is destroying the dangerous Leftist edifice that has turned our constitutional government into a god.

A few quotations to begin. The first is from Charles Lipson, writing about Mueller’s sinking reputation (and I guarantee that my ellipses are honest):

Republicans add three more serious charges against Mueller. *** Another serious charge — deliberate distortion of evidence — comes from president’s former attorney, John Dowd. He has shown the Mueller report edited one of his phone calls to change its meaning. Dowd is apoplectic, calling the report a “fraud.” Others will join him if additional distortions, misrepresentations, and omissions are found.

The second is from Paul Sperry, who spoke to people caught in the cross hairs of Mueller’s investigation (and, again, my ellipses are honest):

Now that Mueller has ended his probe finding no election collusion between the Trump campaign and Russia, 10 witnesses and targets of his sprawling, $35 million investigation agreed to speak with RealClearInvestigations because they are no longer in legal jeopardy. *** Their firsthand accounts pull back the curtain on the secret inner workings of the Mueller probe, revealing how the special counsel’s nearly two dozen prosecutors and 40 FBI agents used harshly aggressive tactics to pressure individuals to either cop to crimes or implicate others in felonies involving collusion. *** Almost all decried what they called Mueller’s “scorched earth” methods that affected their physical, mental and financial health. Most said they were forced to retain high-priced Washington lawyers to protect them from falling into “perjury traps” for alleged lying, which became the special counsel’s charge of last resort.

The third, and final quote, is from William Barr:

Sometimes people can convince themselves that what they’re doing is in the higher interest, the better good. They don’t realize that what they’re doing is really antithetical to the democratic system that we have. They start viewing themselves as the guardians of the people that are more informed and insensitive than everybody else. They can- in their own mind, they can have those kinds of motives. And sometimes they can look at evidence and facts through a biased prism that they themselves don’t realize.

I’ll add a tidbit of my own, something that’s purely anecdotal, so you’ll just have to take my word for it: In my many decades as a lawyer, I’ve faced off against a lot of opposing attorneys. Most were just doing their jobs, more or less aggressively or effectively. Some, though, were deliberately dishonest. As far as they were concerned, the rules did not apply to them. Without exception, these unethical lawyers graduated from Ivy League law schools in the years after 1984.

This is not to say that every Ivy League law graduate with whom I dealt was dishonest. In fact, the majority were honest and some were even good attorneys. It’s just to say that every unethical attorney with whom I dealt came out of the Ivy League. In this regard, I’d like to point out that Andrew Weissman, Mueller’s second in command, a man with a reputation as an attack dog, and the person apparently in charge of the way in which the investigation proceeded, graduated from Columbia Law School, probably around 1984 or not long after.

I always got the feeling that the unethical Ivy Leaguers with whom I dealt truly believed that laws were for little people. When they looked in the mirror, they saw themselves as superior beings, above the ordinary rules. In their own minds, their Ivy League credentials elevated them to demigod status. They were oblivious to the fact that it’s dangerous when men think of themselves as gods, no matter how minor the deity they feel themselves to be.

Robert Mueller may technically be a Republican (although I’d classify him as almost fanatically “Never Trump”), but the others on his team were all Democrats. I’m sure some of them would claim religious belief but I can’t escape the feeling that these Mueller-team Democrats, in common with all modern, hardcore Democrats, reserve their highest and greatest faith for government.

To the modern Progressive, government is the instrument that will perfect mankind and save the earth. Government is the repository of power, both beneficent and punitive.

Progressives aren’t entirely wrong about the god-like qualities government possesses. I’ve already noted its all-encompassing control, as well as it’s ability to giveth and taketh away. Government is also effectively immortal for, as Reagan memorably pointed out, “No government ever voluntarily reduces itself in size. Government programs, once launched, never disappear. Actually, a government bureau is the nearest thing to eternal life we’ll ever see on this earth!”

Moreover, socialism reveals that the god of government is as jealous as Allah, for you may never worship any entity more than you do the government itself. In openly socialist nations, religious worship is outlawed. In less openly socialist nations — that would be Europe and the Progressive wing of America — God is denigrated, ridiculed, and maligned. The whole gay marriage movement has proven to be nothing less than a sustained attack on Christianity, both at a doctrinal and a practical level.

But here’s the really important distinction between religious gods and the god of government: The traditional Gods, whether from the Bible, the Koran, the Hindu pantheon, or even Greek or Roman mythology, all exist outside of humankind.  Government, however, is different: In Soylent Green fashion, government is people!

The ugly truth, though, is that men make lousy gods. I cannot think of a single man who has set himself up as a god, from Icarus to Nero to Caligula to Hitler to Stalin to Mao to Pol Pot to the whole miserable Kim family, who hasn’t come to a terrible end and, except for Icarus, taken thousands, millions, or even tens of millions of people with him.

Men who believe themselves to be gods are unconstrained by any rules, most especially the golden rule. Actual religions always have some element of the golden rule in them; government does not. There is no morality in government, just power. That’s why, going back to the quotations that opened this post, you have lawyers at the highest level of American politics falsifying evidence; entrapping people; and telling themselves that they, no matter what they do, are acting in the highest and best interests of “good government.”

The Leftists who make up both the open state and the Deep State, who walk the halls of Congress and huddle in bureaucratic offices, have succumbed to self-worship and no longer feel themselves bound by the morality that constrains all of us “little people.” Were the Leftists to have their way, we would be entirely ruled, not just by one Nero, but by an army of them, all wrapped cozily in their self-deification, meting out harsh punishments to all who falter in their government worship. The very fate the Founders feared when they wrote their exquisite Constitution, one intended to constrain government power, would be visited upon us.

No wonder the Left hates Trump so much. He threatens their god head. Even as they call him a tyrant and dictator, he is slowly but surely reining in government. He’s smashing its altars, shrinking its doctrinal rules (i.e., regulations), and investigating a priesthood (i.e., government bureaucrats) that’s become dangerously corrupt. This is the American reformation, and all I can say is, “Thank God — the real God that is — for it.”