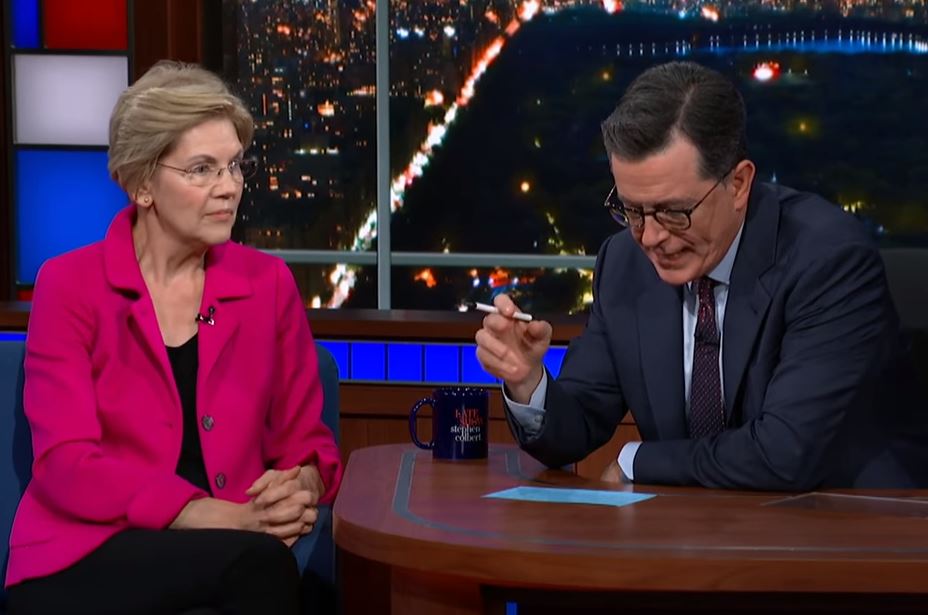 A little background: On Friday, Scott Adams did a podcast in which he inquired whether there had been any critiques of the hybrid healthcare plan some Dem candidates are putting forward, which would see Medicare for All with an opt-out provision. (And I don’t know about you, but I think it’s profoundly un-American when the government graciously gives you permission to buy a product that has always been sold freely on the open market. It’s just as bad as Obamacare’s mandate that one has to buy a product, whether or not one wants it.)

I decided Adams was correct and took it upon myself to address this hybrid idea. You can read my post here, but I’ll summarize briefly. I started by challenging socialized medicine by making the following points:

I then turned my attention to Adams’ specific question about the hybrid proposal of Medicare for All, which carves out an exception for those who wish to and are able to pay twice, once out of their taxes for a service they don’t use and once out of their pocket for private insurance. I explained that this will not work economically because, over the long run, those who are privately insured will be forced to underwrite drug and medical supply costs. That’s so because the companies that manufacture these medical necessities will be bullied into giving the government below-cost prices and will have to look elsewhere for profit. As private insurance costs rise, increasing numbers of privately insured people will be forced into the socialized system, the insurance companies will go under for lack of customers, and we’ll have only socialized medicine.

However, I said, before the insurance companies collapse, there’ll be a long, slow slide that will look remarkably like public schools. Quoting myself:

It takes time, of course, for the collapse I described to happen. What will happen first will play out like a medical version of public versus private schools — because when you think about it, what the so-called moderate candidates are calling for is the equivalent of public school, with a right (if you have the money) to opt out for private school.

America’s public schools are not healthy. They are modeled on Henry Ford’s assembly line because Progressives in days of yore admired that efficiency. Except the assembly line is broken and our schools do not turn out new, shiny, educated students. Instead, they turn out kids who are remarkably ill-informed and incapable. Moreover, while public schools were meant to be places free from political indoctrination, the militant, unionized, college-educated teachers in way too many schools look on those sweet young faces before them and think, “They’re so easy to indoctrinate when they’re young and malleable.”

In theory, people can opt out of public school. In fact, that’s not so easy. We’ve all paid for public schools through our taxes (property taxes for local schools, state taxes for school boards, and federal taxes to the Department of Education). If you’re not rich, having spent once for your child’s education, you’re not about to spend twice — so you end up sending your children to public schools, no matter that they’re gang ridden, that the teachers are incompetent, or that the facilities are broken down. As a product of San Francisco public schools, I know whereof I speak.

Even my kids’ affluent Marin County schools left a lot to be desired. I would have preferred sending them to Montessori, but having already paid many thousands in property taxes . . . well, my kids got factory educated. I’ve written reams about the fundamental problems with traditional public school education, so I won’t repeat it here. I’ll simply say that uneducated teachers (and that’s what so many are, even at the best public schools) and lousy teaching methods produce uneducated students.

What happens is inevitable: those with enough money put their kids in private school. In essence, they can afford to pay twice for their kids’ education — once through taxes, once through tuition. Pulling these kids out makes public education worse because the kids being pulled out are the ones whose parents are most committed to education, which means these are the students most likely to work hard and contribute to a classroom. It’s a brain drain. The inequality continues into college, as the private school children do better on tests on and essays, making them more attractive to colleges.

I wrote the above on September 16. On September 17, this colloquy occurred between Stephen Colbert and Elizabeth Warren (emphasis mine):

Warren: So, here’s how we’re going to do this: Costs are going to go up for the wealthiest Americans, for big corporations.

Colbert: Taxes is what you mean by costs?

Warren: Yeah, and hard-working middle-class families are going to see their costs go down.

Colbert: But will their taxes go up?

Warren: But, here’s the thing—

Of course, Colbert is totally wrong with his public school analogy, while I am not wrong about mine. For one thing, what Warren is demanding isn’t the two-tiered private system that allows people to opt out, even if it means paying twice, something that works with my public school analogy. If Warren were proposing schools instead of healthcare, she’s demanding a world in which public school is mandatory. I don’t think Colbert would like that because I suspect, although I could not find proof, that his children probably attend[ed] private schools. It’s the rare famous person who’s willing to risk his precious children’s educations in the public school district, even if the district offers good schools.

Colbert’s claim about socialized medicine being a public benefit like paying for public school is also wrong. To understand this, it helps to view public benefits as a a hierarchy. At the top of the hierarchy are things such as the military. First, the military is in the Constitution, which makes it a federal obligation on all citizens. Second, a country’s defense cannot reasonably depend on a multitude of private contractors, making the public option the only option. Third, a nation needs national defense. It is a necessity for a country and therefore reasonable for everyone to pay into it.

Next on the hierarchy might be public schools, but they’re not like the military. First, as I forgot to mention in my prior post, they’re not a federal responsibility because they’re not mentioned in the constitution. Despite the federal Department of Education, public schooling in America has always been a local matter, for which states and smaller government entities are responsible.

Second, American school systems have always functioned alongside private school systems. Moreover, parents never needed permission from the government to opt-out of public school, an obscenity that the hybrid Medicare for All proponents seem to be suggesting. Warren and Bernie are even worse: if they were messing about with education, they’d demand the instant closure of all private schools.

Third, private schools are not forced to subsidize public schools when it comes to supplies. As I noted about drugs and other medical supplies, private insurance companies and their insureds will be forced to subsidize the third parties who must take a loss in order to work with the government.

Fourth, when America was a nation of legal immigrants who all agreed ought to be melted into the cultural pot, public school homogenized immigrant children by ensuring that young people absorbed the same pro-American values. Nowadays, public schools teach kids to hate our history, hate our institutions, hate our country, and hate each other. I don’t see a public benefit to that.

Fifth, too many American public schools stink, especially in poor and minority communities, and that’s true no matter how much funding they get. Is that really an analogy you want to make if you’re advocating for Medicare for All?

The military provides a clear public benefit. Public schools, provided they are able to fulfill their mission, arguably provide a public benefit by ensuring minimal literacy in a post-industrial nation. But what public benefit does socialized medicine provide?

I’ll let Dan Bongino explain (and the “he” to whom Bongino refers is Bernie who, like Warren, wants full socialized medicine):

I guess my point is that, while I found amusing and blogworthy the fact that Colbert echoed my public school analogy, he did it in a way with which I totally disagree. Public education in America — locally managed and funded, and arguably created at least a marginally educated populace — is not the same as paying for the illness your neighbor suffers from long years of abusing his body with unhealthy food and dangerous behaviors. It’s just not. That’s true whether you make the analogy in the context of fully socialized medicine, as Warren and Bernie want, or some weird hybrid, as the other candidates purport to want (knowing that it will inevitably destroy private insurance).

One more random point I’ve been meaning to make about Warren: I know she’s rising in the polls, but will black and hispanic voters really warm up to a scolding, old white woman who made her millions by lying about her ethnicity in order to steal an academic position from another minority candidate? I mean, we always speak in terms of her offending Native Americans, but the reality is that, if Harvard and the University of Pennsylvania were trolling for minorities to increase diversity, they might also have chosen a black or Hispanic woman if Warren hadn’t lied.

UPDATED: Apropos the horror of public schools, this article from Andrew Pollack, the father of slain Parkland student Meadow, is scary, insightful, and absolutely on point.