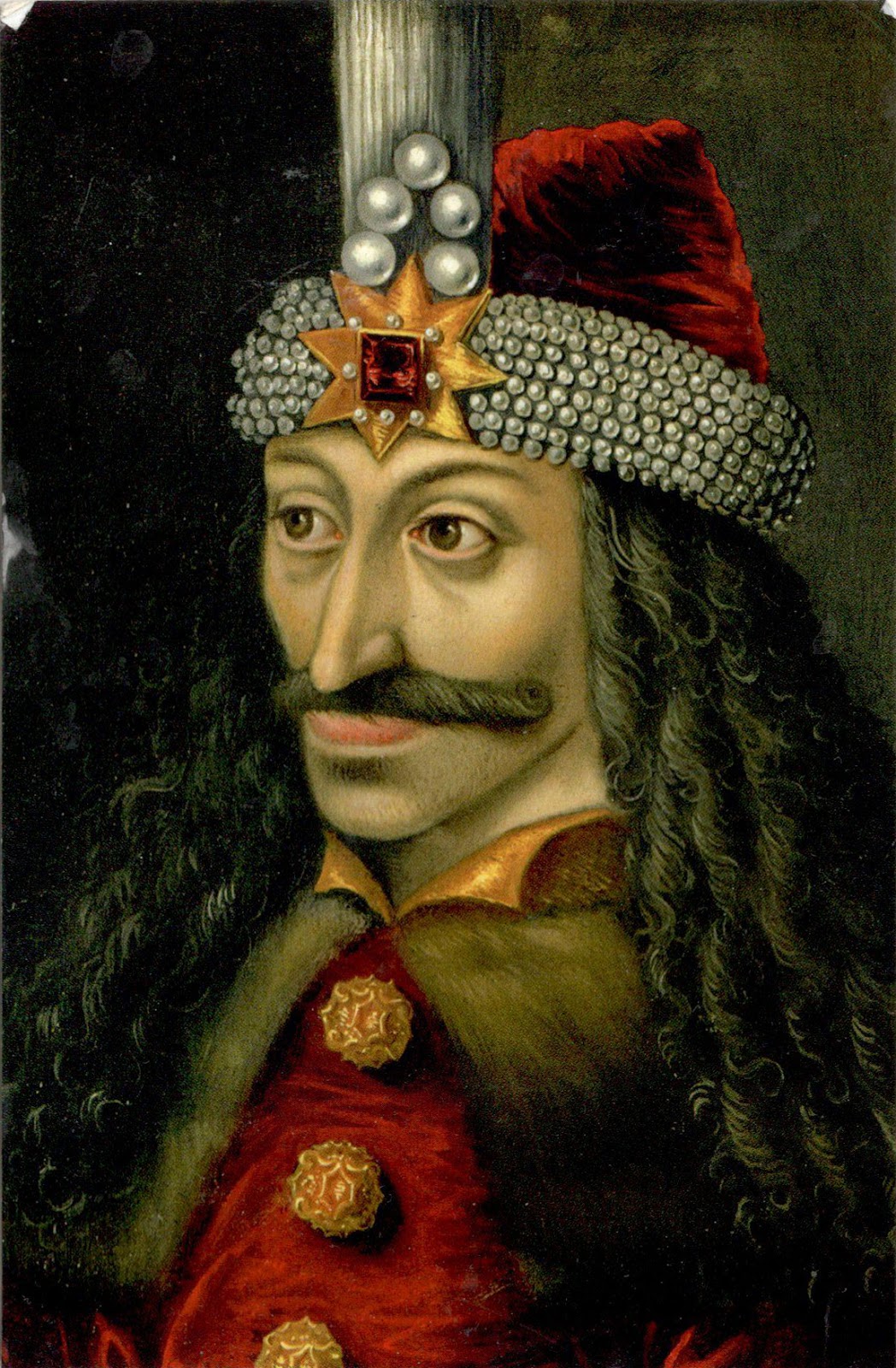 Feast of St. Siricius, a Pope who lived and died in his 75th year, that also being the 15th year of his papacy, on this day in 399 A.D.  He is an important Pope in the historical sense because he is the first Pope whose original writings are still extant.  You can find an English translation here of a Decretal of the Pope, written in 385 A.D., answering fifteen questions of Cannon law.  In it, he deals with a variety of issues, from priestly celibacy to baptism, and also with handling several of the heretical sects that competed with the early Church.  They should be, he writes, cut off from the Church, but should they repent, the Church should accept them back “because, as the Lord teaches, we do not wish the death of a sinner, only that he be converted and live.”

By 1476, Vlad had already twice been ruler of Wallachia, an area that the Ottoman Sultan looked upon as a tributary state.  It is not clear precisely why Vlad was forced to vacate his crown the first time, but his second reign ended when he refused to pay tribute to the Sultan.  That brought war with the Turks and, despite winning several military victories over an invading Ottoman army, Vlad did not have the numbers to continue the fight and withdrew.  By 1476, the Ottomans had installed their preferred ruler, Basarab Laiota, on the throne, but Vlad, in an alliance with Stephen the Great and Stephen V Báthory, began an invasion that forced Laiota to flee.  On this date in 1476, Vlad would be crowned ruler of Wallachia for a third and last time.

His reign was short, however.  Laiota returned to Wallachia with an Ottoman army.  Vlad the Impaler died fighting them in battle in January, 1477.  Much later, he rose from the dead in 1897 to become the lead character in Bram Stoker’s novel, Dracula.

It is interesting to note that the efforts of rulers like Vlad Dracula to resist the Ottoman Turks ultimately proved successful.  Even today, the population of Romania is less than 1% Muslim.

After WWII, the U.S. did what it so often did in our history following a war, we let the military go to pot.  The Soviets, however, provided North Korea with finest weapons and tanks that they had — and by 1950, they were superior to the U.S. equipment with which we armed South Korea — they did not even have heavy weapons or tanks — and indeed, the Soviet equipment proved superior to the WWII era equipment which our own soldiers would carry into war initially.

Thus, on 25 June 1950, when North Korea invaded South Korea, starting the Korean War, they tore through the ROK forces.  Within five days, the ROK Army, originally at 98,000 men, was down to an effective force of 22,000.  America, caught unawares in a catastrophic failure of intelligence, scrambled together Task Force Smith from occupation forces in Japan and deployed them to Korea.  A lot of U.S. soldiers gave their lives in the early days of the Korean War because of our neglect of the military after WWII.

The American slowed the North Korean advance, but did not stop it.  North Korea quickly overran Seoul and continued South.  By September, North Korean forces had the remaining ROK and U.S. forces wiped from Korea but for a tiny sliver of land at the southern most edge of the peninsula, the Pusan Perimeter.  U.S. reinforcements flooded into the area, including 500 tanks, and the Perimeter held.

Gen. MacArthur, Supreme Commander of the Southwest Pacific, put into motion a brilliant strategy.  On 15 Sept. 1950, with 40,000 soldiers, MacArthur directed an amphibious assault at Inchon, a port city very close to Seoul.  Seoul soon fell and the overextended supply line of the North Korean Army was cut.  In a matter of days, the North Korean Army disintegrated, never to be reformed during the war.  Over 138,000 North Korean soldiers were taken prisoner as UN forces broke out of the Pusan Perimeter and retook all of the lost terrain of South Korea.  Then, on two separate axes, the UN forces began an invasion of North Korea.

By November, 1950, UN forces were nearing the Yalu River, the boundary between China and Korea.   That is when we suffered a second catastrophic failure of intelligence.  China began infiltrating entire armies across the frozen Yalu.  They took up positions in the mountains along the axis of invasion.  The allied U.N. forces had been racing towards the Yalu along the roads on the valley floors, wholly unprepared for any fight.  What followed was the largest and most successful ambush in history.  On this day in November, 1950, the leading UN elements on the two axes of advance found themselves under attack on three sides and in danger of being enveloped and annihilated in the battles of Ch’ongch’on River and Chosin Reservoir.  The UN forces were left fighting for their very survival.

On this day in 2008, 10 members of Lashkar-e-Taiba, a Pakistani Islamic terrorist organisation, carried out the first of twelve coordinated shooting and bombing attacks that would continue over four days across Mumbai, India.  At least 174 people, mostly civilians, were killed in the attacks.  Those who did not die outright but were killed after being taken hostage were tortured.  Only one of the ten terrorists survived and was captured.

Mumbai had been a reoccurring target of Muslim terrorists since 1993,  Why Mumbai again in 2008, who knows?  To be a Muslim radical is to always have some justification for mayhem and murder against non-Muslims, all to the glory of Allah.

What we do know is that the 2008 attack was complex.  We do know that the ten terrorists were exceedingly well trained and armed.  Thus it would seem almost certain that the Pakistani government, or at least the ISI, was directly involved in the operation, if nothing else then in the training and arming of the terrorists and the planning of the operation.  Moreover, one naturalized American citizen, David Headly, a one time DEA informant, and who was a member of Lashkar-e-Taiba, was directly responsible for scouting the targets of the operation for the terrorist.   In the aftermath, the one terrorist captured alive was tried, convicted and hanged in 2012 by Indian officials.  David Headly was tried in America for his role in the attack and was sentenced to 35 years in prison.

India identified several people, to Pakistan as likely having planned the operation.  Pakistan refused to turn them over to India but said they would be tried in Pakistan.  Zaki-ur-Rehman Lakhavi, leader of Lashkar-e-Taiba was arrested and charged with planning the assault.  But prior to trial, he was released by Pakistan on a bond the equivalent of $2,300 and has been a fugitive at large since. 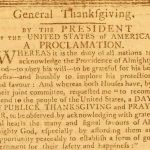 1789 – A national Thanksgiving Day is observed in the United States as proclaimed by President George Washington at the request of Congress.  You can read the text of Washington’s proclamation here.

1922 – Howard Carter and Lord Carnarvon become the first people to enter the tomb of Pharaoh Tutankhamun in over 3000 years.  It was riveting news in America and Britain.

1976 – “Anarchy in the U.K.”, the debut single of the Sex Pistols, is released, heralding the arrival of punk rock.  All masochists, feel free to click on the video below.

2000 – Florida Sec. of State Katherine Harris certifies George W. Bush the winner of Florida’s electoral votes in the 2000 election.  Can you even imagine an alternative reality where Al Gore was President when our nation was attacked by the Islamists of al Qaeda?

2011 – The Mars Science Laboratory launches to Mars with the Curiosity Rover. 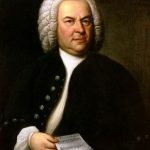 1604 – Johannes Bach, German organist and composer of the Baroque era.  His Goldberg Variations, one of the last pieces composed for the Harpsichord, becomes more complex and difficult to play as the composition nears its end, making it one of the most challenging pieces for harpsichordists.

1607 – John Harvard, Puritan minister whose deathbed bequest for a college in the colony of Massachusetts made him one of the founders of — and the eventual namesake of — Harvard College.  What would he say today if he could see what has become of Harvard College?

1504 – Isabella I, queen of Castile and León, died this day in 1504.  During her 30 year reign as Queen, she unified Spain, completed the Reconquista, driving the Muslims out of Spain, and sponsored the voyages of Christopher Columbus.  She was a consequential woman.

1883 – Sojourner Truth, yet another consequential woman, was a deeply religious woman, an effective abolitionist and a woman’s rights advocate during and after the civil war.

1926 – John Browning, a legendary American firearms designer who developed many varieties of military and civilian firearms, cartridges, and gun mechanisms – many of which are still in use around the world.  His M1911 45 cal. automatic pistol was standard issue in the U.S. Army for eight decades.