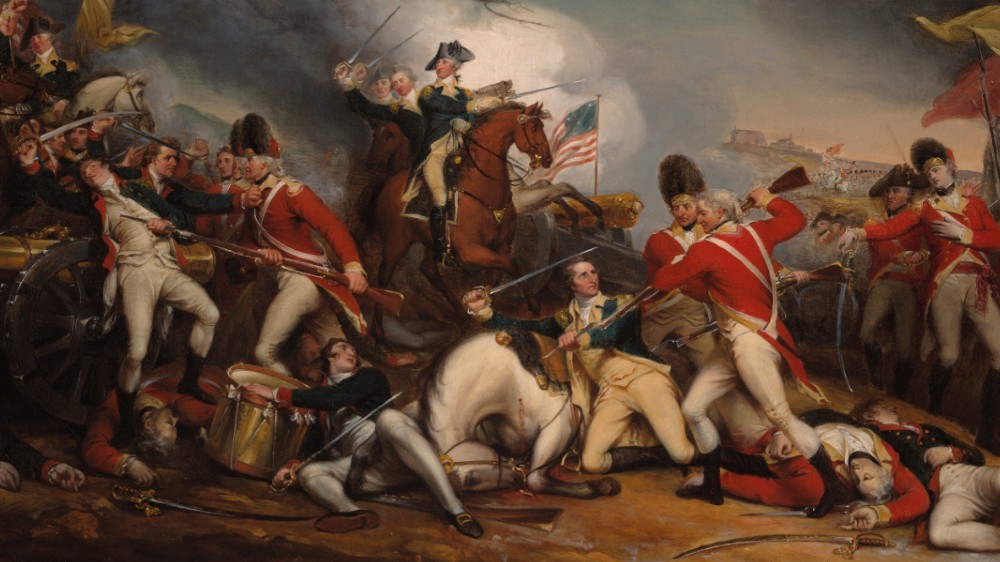 Holidays and Observances on January 3

Feast of the Holy Name, optional memorial (i.e., churches have leeway in determining whether to recognize the feast day).

Sit nomen Dómini benedíctum
Ex hoc nunc, et usque in sæculum
Blessed be the Name of the Lord
from this time forth for evermore

And here are the thoughts of St. Bernard of Clairvaux on the most holy Name of Jesus:

The sweet Name of Jesus produces in us holy thoughts, fills the soul with noble sentiments, strengthens virtue, begets good works, and nourishes pure affections. All spiritual food leaves the soul dry, if it contain not that penetrating oil, the Name Jesus. When you take your pen, write the Name Jesus: if you write books, let the Name of Jesus be contained in them, else they will possess no charm or attraction for me; you may speak, or you may reply, but if the Name of Jesus sounds not from your lips, you are without unction and without charm. Jesus is honey in our mouth, light in our eyes, a flame in our heart. This name is the cure for all diseases of the soul. Are you troubled? think but of Jesus, speak but the Name of Jesus, the clouds disperse, and peace descends anew from heaven. Have you fallen into sin? so that you fear death? invoke the Name of Jesus, and you will soon feel life returning. No obduracy of the soul, no weakness, no coldness of heart can resist this holy Name; there is no heart which will not soften and open in tears at this holy name. Are you surrounded by sorrow and danger? invoke the Name of Jesus, and your fears will vanish. . . .

In modern times, the date of this celebration varies by the Church, but the General Roman Calendar lists the Feast of the Holy Name as an optional memorial on this day.

After the 2nd battle of Trenton (see events on January 2), Washington stealthily withdrew his army from their defensive positions, slipped past Lord Cornwallis’s main army near Trenton, and set out along back roads to Princeton. Once there, he intended to engage the British rear guard, consisting of about 1,600 men, that Cornwallis had left there.

Coming at Princeton from the southwest, Washington detached General Mercer and 350 men to destroy the Stony Creek bridge along the route he expected Cornwallis to use when reinforcing Princeton. None of the Americans knew that Cornwallis had left his rear guard with orders to march from Princeton and join the main force near Trenton that morning.

As General Mercer came near the bridge with his small force, he ran directly into the trailing elements of one of the rear guard units crossing the bridge. A fight ensued in which General Mercer’s small force was overrun and the General himself was bayoneted and left for dead.

General Washington ordered General Cadawalder, who was commanding a brigade of untrained militia, to block the advancing British force that had just overrun General Mercer. Cadawalder got the men on top of a small hill and tried to get them into fighting formation, but Cadawalder’s green troops took one look at the advancing British soldiers and the retreating remnants of Gen. Mercer’s small force and began to run away themselves.

Washington set his Continental soldiers and his rifleman into a position to support the militia, then rode into the middle of the retreating militia soldiers and by force of will alone stopped their retreat. He began leading them from the front of the line towards the British, giving commands for them to hold their fire until only thirty yards separated the two lines. Washington, mounted on a horse at the front of the militia line — making the most inviting target for the — gave the command to fire. Both the British and the militia fired near simultaneously. The battlefield was immediately hidden for a few seconds from the smoke of a thousand rifles.

One of Washington’s officers, John Fitzgerald, pulled his hat over his eyes to avoid seeing Washington killed, but when the smoke cleared, Washington appeared, unharmed, waving his men forward.

A continental unit began advancing on the flank of the British and American as cannon began firing grape shot into their lines. The British force collapsed and the commander ordered a retreat. Some of the British force escaped back across Stony Creek Bridge towards Cornwallis’s main body still some ten miles distant. The rest fell back into the town of Princeton.

Washington reformed his men and marched on Princeton. As the Americans moved in, most of the British ran off, but a sizable number took up a position inside Nassau Hall on the Princeton College campus. Alexander Hamilton brought up three cannon and began shelling the building while an infantry unit broke down the front door. The British inside the building immediately surrendered, ending the Battle of Princeton.

By the time the last shots were fired that day, Washington’s force had suffered about 40 men wounded and 40 men killed. The British had suffered 100 men killed, 70 wounded, and 280 captured.

At the conclusion of the battle, Washington wanted to march his army to capture a great prize. Twenty miles away lay New Brunswick, NJ. And there, in a small garrison, was a detachment guarding the pay chest for all of the British soldiers in America. That chest contained £70,000 pounds sterling. Two of Washington’s generals, Henry Knox and Nathaniel Greene, talked Washington out of it. His men, many worn down by almost six months of constant warfare and marching, needed to break. Washington reluctantly agreed and led the Continental Army into winter quarters at Morristown, New Jersey.

The American victory at Princeton came with significant consequences for Britain. Cornwallis, learning of the victory, immediately marched to New Brunswick, fearing that Washington would attack there next. Further, he ordered all of the small British and Hessian detachments quartering throughout New Jersey to abandon their posts and consolidate at New Brunswick as well. By that order, the British relinquished control of southern New Jersey to the Continentals and would never again regain it. The British retreat was strategic, but it was a retreat none the less.

From Charleston to Boston to Trenton and Princeton, America had survived the worst Britain could throw at it in 1776 and not just survived, but sent the British into a retreat. The American colonists, after the dark days of the summer and Fall of 1776, once again came to believe that they could defeat the British in this revolutionary war.

1521 – Pope Leo X excommunicates Martin Luther in the papal bull Decet Romanum Pontificem. It was far too little too late. The Reformation horses had long ago left the barn and the schism between the Church and its critics was already too deep to be healed, particularly by threats of excommunication..

1868 – Meiji Restoration: The Japanese, taking stock of how far they had fallen behind more advanced societies, abolished the 250-year-old Tokugawa shogunate. Agents of Satsuma and Chōshū then seized power.

1925 – Benito Mussolini announces he is taking dictatorial powers over Italy. And here’s a message to our modern progressives lost in the swamp of their fevered imagination: That is what fascism looks like. It is the opposite of Donald Trump in reality.

1938 – President President Franklin D. Roosevelt established the March of Dimes as a foundation to combat infant polio. It raised nearly $500 million to fund research that eventually led to a polio vaccine, and has since turned its attention to other childhood diseases and ailments.

1961 – The United States severs diplomatic relations with Cuba over the latter’s nationalization of American assets. Fifty years later, Obama restored relations in return for . . . nothing.

1977 – Steve Jobs and Steve Wozniak incorporated Apple Computer on this day. Funded with $250,000 of venture capital, they were intent on developing Wozniak’s creation, the Apple I Computer. The corporation has grown to become the world’s largest technology company by revenue and one of the world’s most valuable companies.

1990 – United States invasion of Panama: Manuel Noriega, former leader of Panama and an opera buff, surrendered to American forces on this day. He had taken refuge in the embassy of the Holy See, but ten days of U.S. military piping rock music at full blast into the embassy proved to be too much of a hell for him.

2015 – Radical Islamic terrorists of Boko Haram, a group associated with ISIS, razed the entire town of Baga in north-east Nigeria, starting the Baga massacre and killing as many as 2,000 people. The religion of peace strikes again.

1883 – Clement Attlee, a Marxist who captivated the lefties in post World War II Britain. After Churchill led Britain to victory in World War II, Brits immediately voted Churchill out of office at the end of the war and voted in this disaster. His Marxist policies, which included nationalizing industries and creating a massive welfare state, injured Britain’s economy for decades and remained in place until Margaret Thatcher became Prime Minister. Someone once began a conversation with Churchill by praising Attlee, saying he was “a modest man.” Replied Churchill, “Well, he has much to be modest about.”

1892 – J.R.R. Tolkien, author of the epic fantasies. Tolkien was a devout Roman Catholic whose faith not had an impact on his own writing, but also convinced C.S. Lewis to embrace the Church. Tolkien originally wrote The Hobbit as a story just for his children. A publisher read it and not only convinced Tolkien to let her publish it, but she commissioned a sequel as well. It took Tolkien another ten years to write his magnum opus, The Lord of the Rings.

1777 – William Leslie was a Scottish captain serving with the British during the American Revolution. He had long been friends with Benjamin Rush, an important figure on the American side during the Revolution. Leslie was killed during the Battle of Princeton. When Rush learned the day after the battle that his friend had been killed, he mentioned it to George Washington. Washington secured Leslie’s remains and gave him a burial with full military honors.

In John Trumbull’s painting reproduced below, The Death of General Mercer at the Battle of Princeton, January 3, 1777, Trumbull displays several events of the battle. At the center, General Hugh Mercer, with his dead horse beneath him, is mortally wounded. At the left, Captain Daniel Neil is bayoneted against a cannon. At the right, Leslie is shown mortally wounded. In the background, Washington and Rush enter the scene.

Header image: Detail from The Death of General Mercer at the Battle of Princeton, January 3, 1777, by John Trumbull