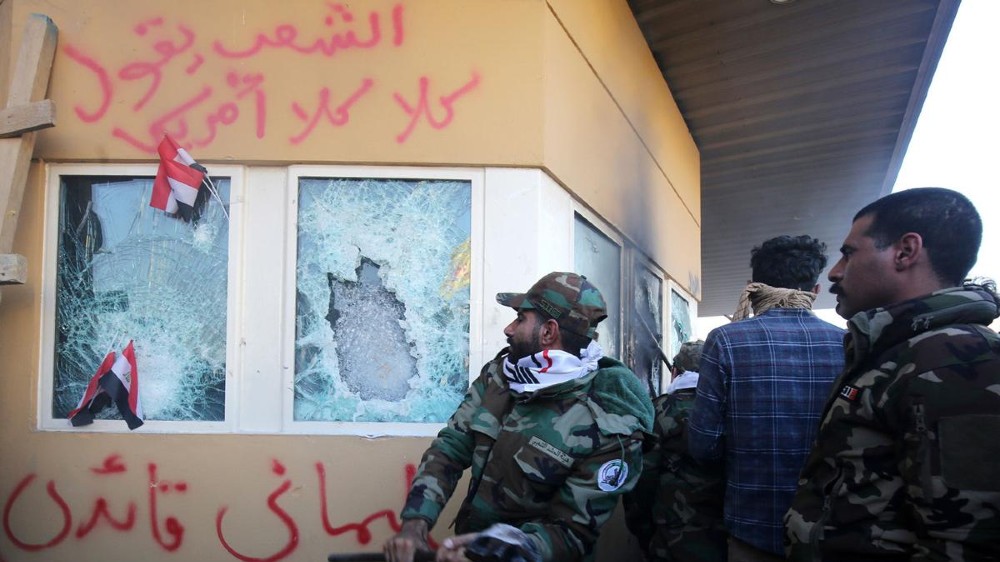 Democrats misunderstand the Constitution when they contend that the president lacks Constitutional power to deal with a sudden attack against America.

Oona A Hathaway, a professor of International Law at Yale, writes at The Atlantic that “The Soleimani Strike Defied the U.S. Constitution.” According to her, our Constitution required that Trump first seek Congressional approval before launching the attack on General Qassem Soleimani and that he seek UN Security Council approval as well. I’ll only address the former here, as her latter argument is too ludicrous to waste time upon.

Rather, she claims that targeting Soleimani in any case would so enrage the mad mullahs of Iran that they would declare war on us.

What in the world has happened to the Ivy League? God save us from such idiocy.

One, Iran declared war on America 41 years ago and has been prosecuting that war ever since, right up until the day Soleimani assumed ambient temperature. AIPAC has published a partial list of those acts of war against our nation — and it’s obvious that IRGC Quods Force commander General Qassem Soleimani had a hand in many of those actions. There is not any serious person who can argue that Soleimani was not a legitimate target, and even Hathaway does not contest that.

Two, there is no “unless it will really make our enemies mad” clause in the Constitution. According to the Supreme Court:

If a war be made by invasion of a foreign nation, the President is not only authorized but bound to resist force by force. He does not initiate the war, but is bound to accept the challenge without waiting for any special legislative authority.

It is not the less a war on that account, for war may exist without a declaration on either side. . . .

Indeed, when the Drafters were writing the Constitution, on August 17, 1787, they considered whether to give Congress broad authority over the use of military force by providing, in Art. I § 8 that Congress had the power to “make war.” Madison, however, objected, so the Drafters changed the language to give Congress the power to “declare war.” This was specifically to make it clear that the President has inherent authority to respond to “sudden attack.”

Over the course of just two months, Iranian proxy forces conducted eleven attacks on bases housing U.S. military personnel. On December 27, Iranian proxy Kataib Hezbollah launched on attack on a U.S. base 15 miles north of Kirkuk, killing an American contractor and wounding U.S. personnel. After we responded to that with limited air strikes, Kataib Hezbollah proxies stormed the U.S. Embassy. To cap this week-long period of violence against America, the commander of Kataib Hezbollah, Abu Mahdi al-Muhandis was meeting with Soleimani in Baghdad, immediately after the latter landed there illegally, when the U.S. killed them both.

No one can possibly argue that President Trump wasn’t justified to respond to these acts of war with military force. No one, with the apparent exception of a Yale law professor, could possibly argue that either Soleimani or al-Muhandis were not legitimate targets. And indeed, even Hathaway doesn’t do that.

That said, Nancy Pelosi, who would do anything to tie President Trump’s hands on this if it would advance the power of Democrats and regardless the cost to our nation, implies they were not legitimate targets by claiming that the killing of the two men was not “proportional.” I await to hear her answer as to what a “proportional” response is to the murder of Americans, an attack on American soil, and plans for future acts of war should be? I doubt the press will ever ask her.

The NYT has tried to make the ludicrous argument that there was insufficient evidence that Iran planned further attacks to justify Trump’s actions. Apparently, some anonymous source at the Pentagon told a NYT reporter that “the evidence suggesting there was to be an imminent attack on American targets is “razor thin.” Andrea Widburg deals in detail with that ridiculous claim at American Thinker.

Additionally, given Soleimani’s and al Muhandis’s track records, one can reasonably infer that their face-to-face meeting in Baghdad was to plan future violence against the U.S. If Nancy or anyone other than the MSM wants to argue that it is reasonable to assume that they might only have been meeting to smoke a hookah and discuss the latest camel races, I look forward to that. Lastly, given the track record for honesty and accuracy of MSM reporting on anonymous sources over the last three years of Trump’s presidency, anyone who takes their anti-Trump reporting at face value is a fool.

Trump’s targeting of two men centrally involved in ongoing hostilities with the U.S. were unarguably constitutional. Nothing else matters. Absent a Constitutional Amendment, Congress cannot pass an act to restrict the President’s Constitutionally granted executive powers. And if Nancy Pelosi disagrees with that, there is still time to add it to the Articles of Impeachment.