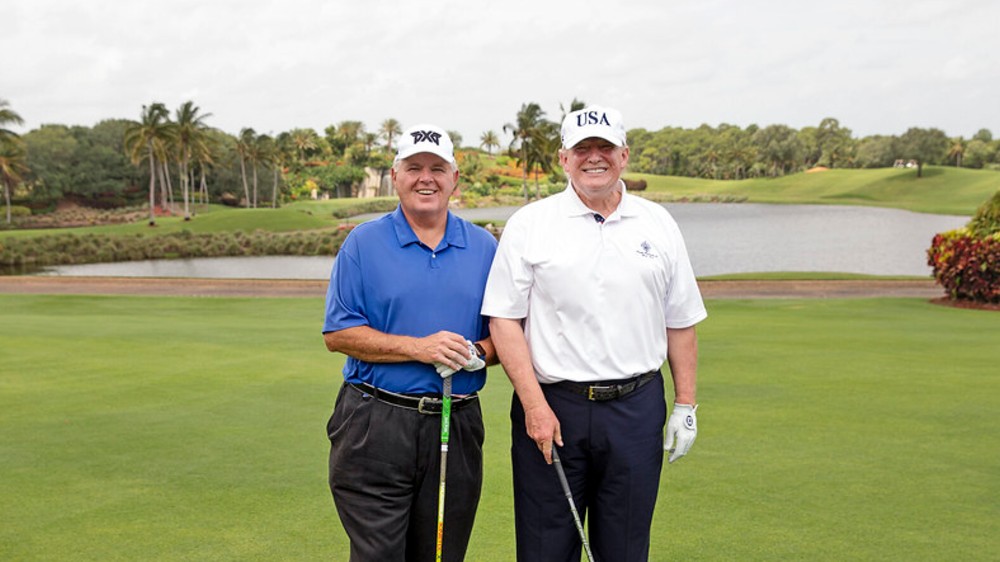 To know what Trump is thinking, spend 20 minutes listening to Trump talking to Rush Limbaugh — or read key excerpts from the interview here.

Trump likes to tweet, but the problem with his tweets is that they don’t create a sustained narrative. The tweets are appetizers, not the main course.

I had assumed that Trump was waiting until the State of the Union speech in February, but was worried that the time lag between now and then would give the media unfettered control over shaping the narrative. I need not have worried.

Yesterday, Donald Trump went onto Rush Limbaugh’s show and explained his positions on Iran, the corruption in the Obama administration (think Logan Act violations), anti-Semitism in the Democrat Party, Trump Derangement Syndrome, the perils of illegal immigration, and much more. My favorite line was his statement about the daily colonoscopy he got during the Russia hoax cycle: “They found nothing. Even I was very impressed with how clean I am, Rush.” Trump has a wonderful, self-deprecating sense of humor, which the Democrats have gone too far around the bend to recognize.

I’ve embedded the video, but below it you can read quotes organized by subject matter (transcript from the Rush Limbaugh show):

Well, this should have been done for the last 15 to 20 years, him in particular. He was their real military leader. He’s a terrorist. He was designated a terrorist by President Obama, and then Obama did nothing about it except give them $150 billion and — even more incredibly — $1.8 billion in cash. You hear me talking about that all the time, and you talk about it all the time. He gave them all this money. He never wanted to do anything about it. President Bush should have taken him out. He’s responsible for the IEDs.

I don’t think they had a purpose. I don’t think they knew what was happening. Why did he give them $150 billion, much of it going back into terror? If you look at what’s happening… When I first came into office, I went to the Pentagon, and they showed me 18 “sites of confliction,” meaning conflict, over there. And every one of them was started by Iran, either their soldiers or they paid for soldiers, soldiers for hire. I have no idea what they tried to do with appeasement.

And I can tell you, the Logan Act… If there was ever an act that should have been used, they should look at the Obama administration and John Kerry, the Logan Act, because what he was doing with Iran and the relationship that they built up and the things that he said, I would certainly love to see that be looked at because I think John Kerry was… Personally, I think he was advising them. I think that the Obama administration was just letting them get away with murder — in the true sense murder.

Trump talks about Democrat Party’s problems with Jews and Israel

If you go back 10 years or eight years or maybe even five years, Israel was the king of the Congress, right? Our Congress protected Israel and fought for Israel. Now you look at the way the Democrats in Congress are treating them, where you have AOC and you have Tlaib and you have Omar, and they are actually, you know, anti-Semitic. They are totally against Israel. The things that they’ve said…

You go back to the past and you look at the things that they’ve said about Israel and Jewish people, it’s incredible. Ten years ago, that would have been unacceptable. It would have been… It would have been… Nobody could have even believed it. I still can’t believe it! You know, I’m a little bit old-fashioned, right, in that sense, ’cause I’ve grown up and there was always great protection and reverence for Israel, and now it’s the opposite. In the Democrats, it’s almost… It’s almost a negative. They’re going out and what they do for Tlaib and what they do for Omar — Representative Omar, Minnesota — and AOC, I think it’s incredible the way they talk about Israel. It just was unthinkable to do that 10 years ago and sooner.

And, of course, good ones will come in too. But you have tremendous numbers of really bad people, including murderers and rapists and others. They want open borders. They want sanctuary cities.

But, you know, when you see them with open borders, Rush, you say — and sanctuary cities and all of these other things — you say, “Where are they coming from?”

Trump explains the benefits of his lower taxes and fewer regulations

But when you see they want higher taxes, right? They want much more regulation. You know, I cut regulations more than any president in history by far, even though they were there for four and eight years and, in one case more than that, we’ve got the all-time record, that was probably as important or more important as the tax cuts, the biggest — including Ronald Reagan — the biggest tax cut we’ve ever had.

And we’re actually taking in more revenue now than we did when we had the higher taxes because the economy’s doing so well.

Trump on the way Democrats have lost their minds

No, it’s almost like they’ll try and do whatever is the opposite. I think they’ve lost their minds, you want to know the truth. I really do. It’s a terrible thing to say. Nobody’s ever seen anything like it.

THE PRESIDENT: — and very smart. Many were tied up with Clinton. They were involved with Clinton. But these people couldn’t find anything on Trump. They would have loved — if I had a parking ticket, it would have been a major story. They found nothing. Even I was very impressed with how clean I am, Rush.

Trump speculates about the Democrats’ unconstitutional end goal with impeachment

They created a situation that was false, that was fraudulent, and then they investigated the false, fraudulent situation, and they found nothing. It’s hard to believe. The whole thing’s hard to believe. And now, on top of it, they come up with two articles and they put it before — now, what happened is she doesn’t want to get a vote because how can anybody possibly — it’s totally partisan. You know, this is not what they had in mind as they call them the founders, right, they keep saying the founders, founders, but the founders didn’t have this in mind. You understand, it’s like I’ve never heard the word “founders” so much in my life.

RUSH: The Republican Party’s now the party of Trump, I mean, there’s no question about it.

Trump on how the “fake media” elevates a cold-blooded terrorist

Well, when you read the New York Times and you read the Washington Post, that are totally fake newspapers, by the way, that would have both been out of business except I won, I wonder what happens in — hopefully in five years, right? Hopefully in five years. But I wonder what happens to those newspapers. Who knows. But they do well now, although if you look at the unfunded liability probably they don’t do so well.

But you look at what they write, it’s so fake, it’s so phony, and now they’re trying to build him just like they did al-Baghdadi. Al-Baghdadi was the number-one terrorist in the world. We got him. They wrote very little about it, relatively speaking. That story disappeared very quickly, as you know. But they tried to build him up into a relatively wonderful man. He was a total bad guy –

THE PRESIDENT: He founded ISIS. He was doing it again. He was trying to do it again. You know, I wiped out ISIS. During our administration, we wiped out the entire caliphate — a hundred percent of the caliphate — and we wiped him out and, you know, got little credit.

Trump explains why he relies on social media

You know, people are getting it. They really get it. And because of social media and my Twitter. Without Twitter, I think we’d be lost. We wouldn’t be able to get the truth out.

Well, I wish I didn’t have to do it. I wish we had legitimate newspapers and legitimate media. We don’t. I mean, it’s… Much of it is really… I call it corrupt. It’s the corrupt media. It’s — and, you know, it’s very interesting. You understand this better than anybody. If they do a story on me, I immediately know if it’s false or not false — and I don’t mind a bad story if it’s right. But I know. A person reading the story doesn’t know that it’s false, so I’m able to tell ’em through social media.

THE PRESIDENT: I don’t even call it Twitter. I call it social media, ’cause it goes to everything. You know, it goes to Facebook, it goes to Instagram, and we have hundreds of millions of people. You know, we have a tremendous amount of people. Just on one site I’m up to, I guess, close to 70 million people.