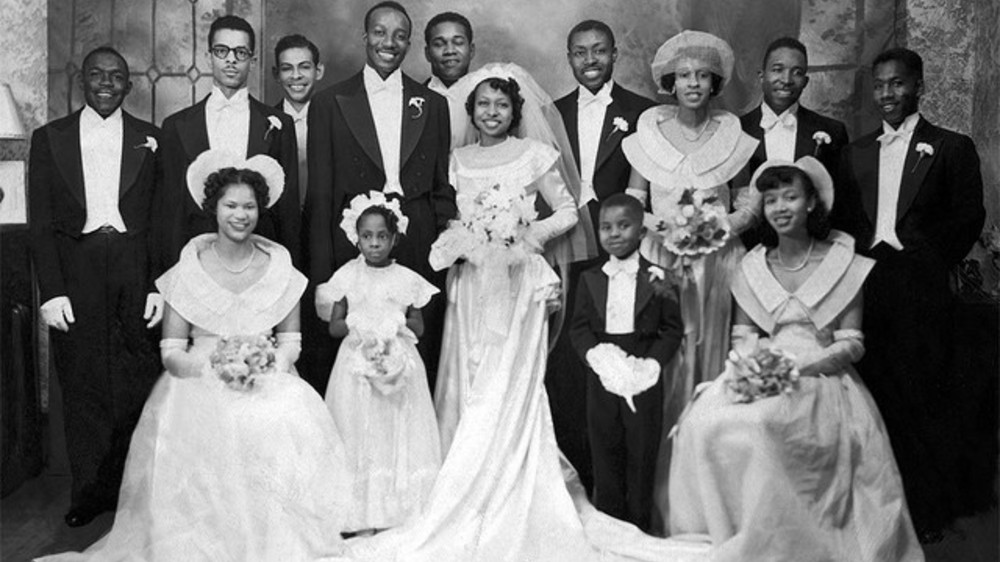 It matters that the Church of England came out in favor of heterosexual marriage, for marriage is a bulwark protecting girls from Islamic sex trafficking.

A few days ago, news broke that Manchester had joined the list of British cities in which gangs of Muslim men (mostly from Pakistan) systematically raped and trafficked little girls and teenage girls, as well as a few young boys. Moreover, to their eternal disgrace, the British authorities in Manchester turned a blind eye to this known abuse for fear that they would be accused of racism. This story is an indictment, not just of the effect political correctness has had on Britain’s political and police classes, but of something much bigger . . . but more on that in a moment.

Daniel Greenfield has written a searing piece describing what was taking place in Manchester (although it’s almost redundant because it’s exactly what was taking place in Rotherham, Huddersfield, Bradford, Oxford, and innumerable other British cities). I strongly recommend that you read Greenfield’s entire article, but here are a few of the many deeply depressing, but still important, points he makes:

The report chronicles how Operation Augusta was launched and then scuttled after her death in 2003, despite identifying 97 suspects and 57 victims. The victims were, “mostly white girls aged between 12 and 16”, and the perpetrators were, “mostly men of ‘Asian heritage’”. By ‘Asian’, the report means “predominantly Pakistani men” though at least one of the perpetrators was apparently Tunisian.

Constable B, the anonymous cop responsible for some of the most revealing quotes in the report, said, “What had a massive input was the offending target group were predominantly Asian males and we were told to try and get other ethnicities.”

Mohammed Yaqoob, the pedophile who had forcibly injected Victoria with heroin and was cleared of manslaughter charges, was not the sort of pedophile the Manchester cops were supposed to find.

A meeting at Greater Manchester Police headquarters “acknowledged that the enquiry was sensitive due to the involvement of Asian men” and worried over “the incitement of racial hatred.” There were concerns about “the damaged relations following Operation Zoological.” Those were the police raids targeting Iraqi refugees involved in an alleged Al Qaeda plot to bomb a soccer stadium in Manchester.

Some in the GMP didn’t see the point to stopping the rape of young girls because of cultural differences.

“There was an educational issue. Asian males didn’t understand that it was wrong, and the girls were not quite there. They were difficult groups to deal with. We can’t enforce our way out of the problem,” Constable B said.

What the euphemistically named “Asians” (i.e., Muslims) were doing is utterly immoral, totally vile, and completely in sync with their faith. Islam is clear that non-Muslim girls and women are, by definition, whores and that it is completely within the rights of every Muslim man to treat them as such. If he can make a profit out of doing so, all the better.

What the Manchester political class (including the policemen) did is utterly immoral, totally vile, and completely in sync with the craven Dhimmitude that now characterizes much of Britain’s bureaucracy, politicians, and police departments. Between Leftist political correctness and Islamic sharia-style threats, the same people who should be looking out for British citizens, especially the most vulnerable, have instead lost any desire to act.

But what about the families of these poor girls? Where were they? How could so many girls throughout England just vanish into the maw of this pedophile and sex trafficking culture? That’s where things get interesting.

England has a family problem. According to a British site called “Gingerbread : Single Parents, Equal Families,” which has as its mission getting equal rights for single-parent homes (citations omitted):

The site also informs us that this cohort of single-parent homes accounts for “just under 3 million children.” These three million children, in turn, account for slightly more than a fifth of the total population of British children. Looking at these numbers, it appears that, on average, around 1.5 million English girls are being raised without biological fathers in their lives.

Study after study shows what happens when girls are raised in homes without their biological fathers: They become more promiscuous and more likely to engage in risky sexual behavior:

The hallmark characteristic of a fatherless daughter is fear of abandonment. Because they never got the direction needed from a father figure, they learn to make up their own survival playbook. This can lead to negative coping skills such as sexual promiscuity, total avoidance of intimacy, isolation, substance abuse, anxiety and depression.

Fatherless daughters report having difficulty in relationships and in the workplace interacting with men because they were never taught how to feel comfortable with a man in their father’s absence. They can also carry into adulthood conflicting issues with their mothers from becoming her caretaker for a time or witnessing so much chaos in the home. Financial distress or poverty often follows father loss, and this can have a significant impact in every area of a girl’s upbringing.

It’s even worse for girls who have a rotating cast of Mom’s boyfriends coming through the house. Too many of these men prey on the girls in their charge.

Separate from the unique risks girls experience growing up in a home without a father, England, in common with all other Western nations, has mostly abandoned traditional Judeo-Christian morality. Premarital sex, partner hopping, and the non-traditional sexual practices of the LGBTQ spectrum are all there. Girls who feel pressured into hook-ups, especially at a young age, suffer badly with low-esteem, which tends to drive them into even greater promiscuity. And of course, the UK is the substance abuse capital of Europe, another thing that destroys families and makes children vulnerable.

Once upon a time, the modern West had cultural systems in place to protect girls from predators, such as engaged, protective fathers, brothers, and uncles, as well as a traditional morality that they could fall back upon to justify avoiding unsafe sex. That’s gone in large parts of England, especially urban England. Again, the same holds true in America. What’s different is that Britain has a greater percentage of Muslims compared to America (5.0% compared to 1.1%) and political correctness has had a more corrosive effect in the United Kingdom as well. The result is that, as the girls in England are alone and falling apart, there is a large cohort of men planning to use and abuse them and a government that turns a blind eye to this abuse.

Something interesting happened today, though, and it wasn’t just Brexit becoming official as of January 31. Instead, the Church of England released a statement that’s completely bizarre by modern standards: It took a stand on the moral culture that is so damaging to young British girls, leaving them vulnerable to the worst kinds of predators. Thus, Church of England Bishops issued a new pastoral guidance that says sex should be confined to heterosexual marriages:

The statement from the House of Bishops says the church’s teaching on marriage “remains unchanged”, claiming sex outside of marriage is “falling short of God’s purpose for human beings”.

It adds: “For Christians, marriage – that is the lifelong union between a man and a woman, contracted with the making of vows – remains the proper context for sexual activity.”

However the church seeks to “uphold that standard” in its approach to civil partnerships and to “affirm the value of committed, sexually abstinent friendships”.

Those in mixed- or same-sex civil partnerships can still be ordained – but only if they abstain from sex, the bishops added.

But members of the clergy are also instructed not to provide a blessing for couples registering a civil partnership.

In modern England, which has been at the forefront of gay marriage and, as I said, the breakdown of traditional heterosexual marriages, this is a big deal.

Leftists are predictably outraged. What’s really funny, in a sad way, is that leftists think there’s something wrong with a church having standards. For them, church is a feel-good place where you go, are told God loves you, and then you get on with doing whatever the heck you please.

If you were looking for any proof that the Church of England @churchofengland is completely out of touch with the lives of, well, basically everyone in England… look no further. https://t.co/SRo507mt6q

You do know that people will have sex regardless of your policy right? https://t.co/7IWolb4aHl

Dear Church of England, and Churches everywhere (99% of which are run by men):

Evolve. That’s all. Just stop fighting evolution. Stop judging others and focus on…

Even clergy in the Church of England are upset. This gal’s response reminds me of the female Episcopalian rector I knew back in the 1980s who liked cocaine and sleeping around. Whatever their reason these hard-left men and women have for becoming ministers, it has little to do with accepting that there are burdens that go along with the benefits of giving your life to God:

I, along with, I imagine, lots of other clergy in the Church of England, would really appreciate your prayers today. Can’t bring myself to wear a collar, but otherwise trying to push through as normal.

There were also several people who showed off their erudition by pointing out that Henry VIII lived a debauched life. There are two problems with this.

The first is the failure to recognize that standards shouldn’t be ditched just because people don’t follow them. Religion is supposed to elevate us, not to join us all and hang out in the gutter.

More significantly, Henry’s choices weren’t driven by debauchery. He believed it was absolutely imperative that a son follow him on the throne. After all, there was no way he could look into the future and see his daughter Elizabeth’s splendid reign. All he could do was look into the past, going back almost to William the Conqueror, and see the disasters that resulted when a king died without a strong, adult male to inherit his throne. That’s why he jettisoned the Catholic Church and that’s why he so brutally worked his way through wives.

Anyway, here’s just one example of that foolish, uninformed trend in tweets:

Married couples also say ‘until death do us part’.

The guy who invented the Church of England married 6 wives, divorced 2 and beheaded another 2 https://t.co/iRKVlWGFfy pic.twitter.com/x9CDazoZGj

A few people did remember that the point of religion is to create a moral framework to allow individuals and societies to achieve optimal functioning:

The Church of England says sex is for married heterosexual couples only. This is only shocking to people who think that churches have to cave to what they want. This rule has been in place for centuries. https://t.co/q5NOpFlr2m

I’m not a fan of the modern Church of England, which is generally leftist in its social and political orientation. Nevertheless, I think the Bishops did something important when they reaffirmed traditional teachings about sex and marriage. First, they have reminded people that religion can be a harsh taskmaster, but its demands come with the promise that both this life and the afterlife will be better for complying with those moral demands.

Second — and this is where I get back to my starting point in this post when I said that the sex trafficking scandal has more important ramifications than lazy, frightened police and politicians  — the Bishops are saying that strong heterosexual families have a purpose in society. They’re right. And one of those purposes is to protect children, especially girls. Intact heterosexual marriages protect girls from the psychological damage that comes from absent fathers. Additionally, those same marriages promise that a father, who is usually a person who truly and altruistically loves a young girl, will protect her from predators bent on using and abusing her.