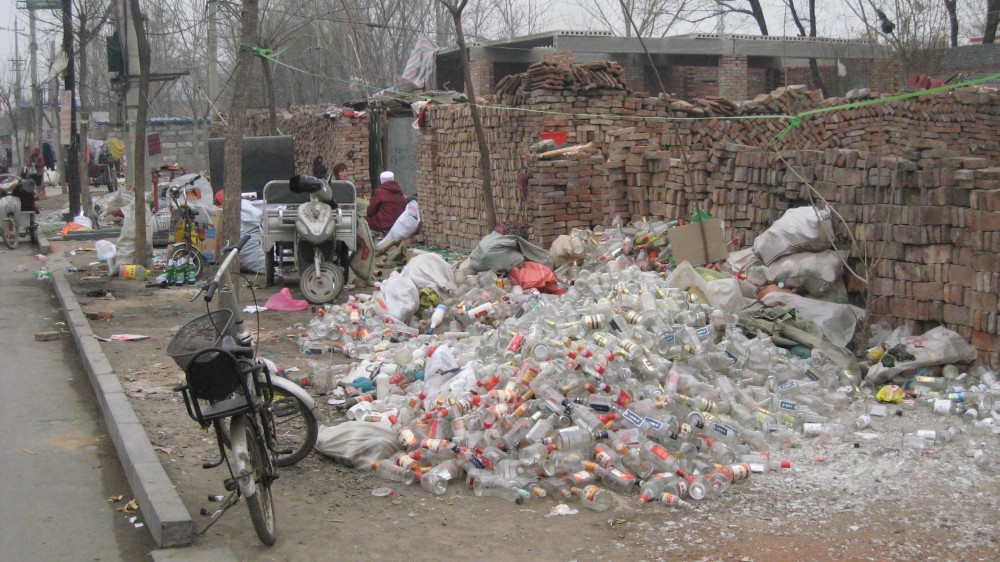 Not only did Trump act swiftly and appropriately to address coronavirus, our culture of cleanliness and market-based medicine gives us a big edge over China.

Let me preface what I’m about to write by saying that, when I grew up in San Francisco, it’s the absolute truth to say that most of my best friends were Chinese. At my high school, the joke was that, if Yom Kippur and Chinese New Year fell on the same day, they’d have to close the school. I spent half my life in Chinese households. In all of them, I was treated wonderfully – I loved my friends’ parents, despite our language barriers, and they were always so nice to me.

I also deeply respect the Chinese approach to being immigrants in America, an approach that harkened back to the turn of the 20th century: They worked incredibly hard, they emphasized for their children how important education is to “making it” in America, and by the time the children left to college, most of them had managed to become economic success stories.

With that out of the way, let me tell a truth about the Chinese: Theirs is not a culture wedded to cleanliness. My friends’ houses were dirty. Chinatown was dirty. Chinese people would cough and then hock their loogies into the street; they’d blow their nose using their fingers and then wipe their fingers wherever they could; they’d sneeze into space; their restaurants, unless catering to white people or under the eyes of the health inspector, were filthy; and their toilets were the stuff of nightmares.

Admittedly, like our president, I’m a germaphobe so that colors my views. But I believe that most people would agree that the Chinese, unlike their Japanese and Korean neighbors, do not revel in cleanliness.

When I heard that there’s a fecal connection to the spread of coronavirus, I knew that was part of China’s transmission problem. Between spitting in the streets and all that other stuff, plus filthy toilet habits, China was a natural disease vector.

Regie Hamilton made the same connection in a must-read post about his experience in China 18 years ago:

When my wife and I got off the plane, 18 years ago, to adopt our first daughter, we were taken aback by the split pants. Split pants are (or at least were, back then) pants the children wear that are open in the crotch area. That allows them to urinate or defecate unobstructed, onto the street or wherever they may be. The theory is that eventually they will learn to “aim it at the toilet” or something to that effect.

Either way, I distinctly remember my brand new Nike slip-ons (probably made not far from where I was standing) sloshing into a mix of urine and who knows what else, and continuing to do so for the next three weeks.

As I started feeling the cough coming on, I remember one of the women in our group saying, at one of the airports (as she too, stepped into urine) “The people in this country probably have built up antibodies inside them our bodies have never even thought about.”

I replayed that line in my head for the next three weeks, as I descended into night sweats, fevers and a cough like I’ve never experienced.

Over the next several days and weeks, we would experience the amazing culture of China, in several different cities. But some things stood out to this germophobic American. I watched a man hock up something from his chest and spit it on the floor, right next to us, in a restaurant. No oysters for me, thanks. I’ve suddenly lost my appetite.

We visited a Hutong (inner city – where the locals live) and saw raw chickens, skinned and bleeding, just laying on the floor, waiting to be thrown on a restaurant grill…for public consumption. No FDA or USDA or food inspectors or “codes” to comply with, here. But why? This is the last purely communist country on earth. You’d think there would be red tape everywhere. What was happening here?

Hamilton takes the whole thing to the next level, which is to indict the communist system, one in which the government controls everything and has the guns. In a market-based system, customers can switch to a different provider, putting pressure on all providers to do the best job possible. In a unitary system, the providers have no incentive to improve. Moreover, since they have the guns, the customers have even less incentive to complain.