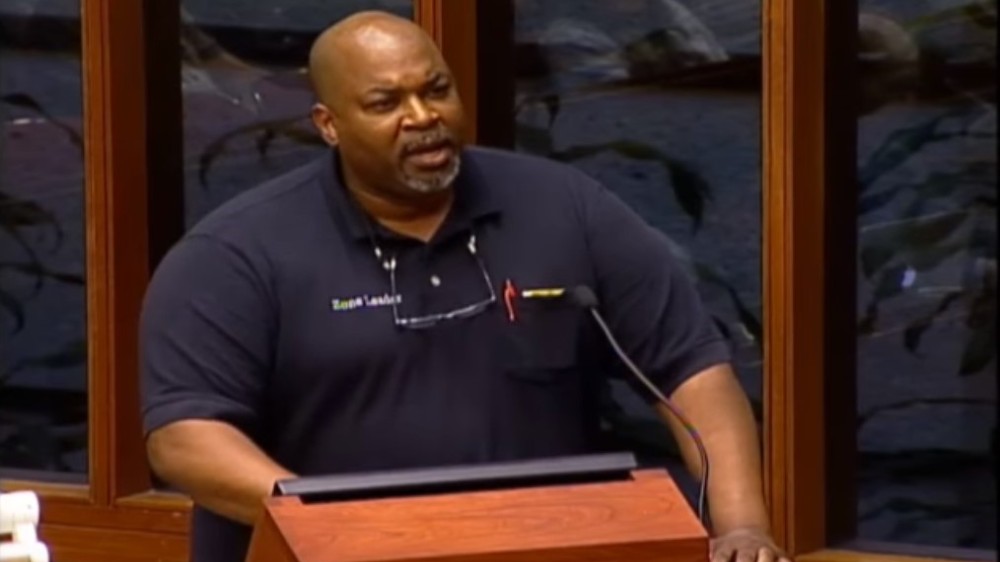 Just shy of two years ago, Mark Robinson stood up in Greensboro, North Carolina, and gave one of the best defenses I’ve ever heard of the Second Amendment:

The vide is getting play again because, thanks to that extraordinary speech, Mark Robinson is currently in the running for North Carolina’s lieutenant governor slot:

Mark Robinson’s impassioned defense of gun rights to a North Carolina city council that went viral has catapulted the former furniture factory worker to the Republican nomination for lieutenant governor in less than two years.

Robinson, a first-time candidate, got the most votes among the nine-person field in Tuesday’s primary. Unofficial results show his 32.5% total more than doubled second-place finisher Andy Wells and exceeded the 30% threshold to avoid a runoff.

Several rivals outraised Robinson, who would be the first African American in the job if he wins in November. His grassroots efforts originating from a social media buzz won out.

Robinson is a core conservative — and he learned his values from Rush Limbaugh:

Robinson emphasizes a platform to protect and expand school choice, oppose abortion and support law enforcement. There are few inherent powers that rest in the job. They include presiding over state Senate debate and serving on the State Board of Education and state community college board.

Robinson, 51, said he was politically minded growing up.

“We talked about what was fair and unfair and how it aligned with our Christian faith,” he said.

His interest grew when he read a Rush Limbaugh book almost 20 years ago.

If you’re in North Carolina, I hope you vote for this man. He’s a gem and a real American.

By the way, what’s really funny given both the speech’s perfection and the political trajectory it created for Robinson is that Robinson began his talk by apologizing for his lack of academic polish. He shouldn’t have. Robinson is educated in all the right ways. Too much academic polish and his argument might have gone something like this: