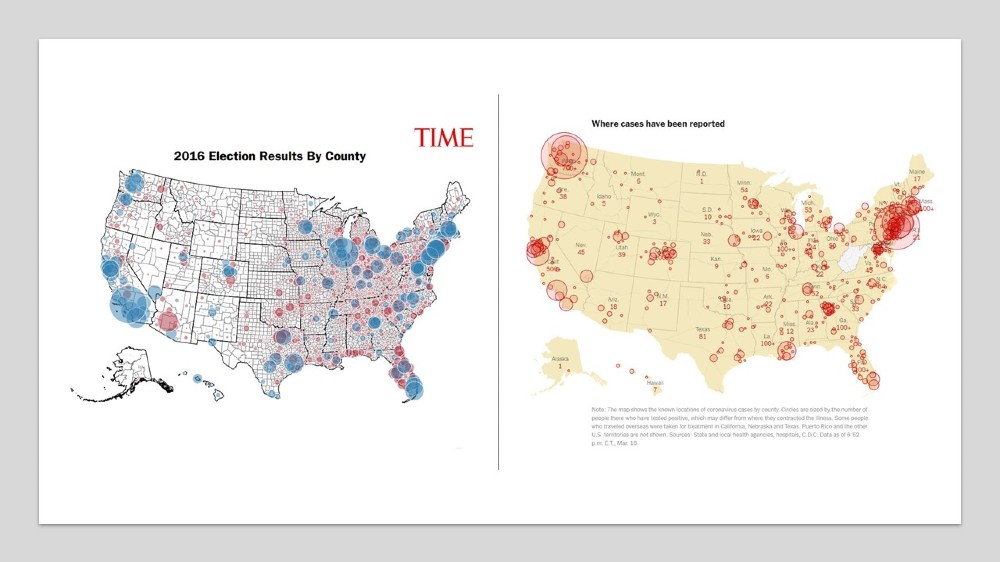 Don’t get dragged down by all the coronavirus drama. Things in America aren’t, and won’t be, that bad, and things in the world may end up much better.

Dear Ms. Bookworm: My husband is going around saying that “we’re all going to die.” It’s very depressing being in the house with him. Any advice?

Signed, I May Have To Kill My Husband (And yes, a friend actually told me this.)

First, you’ve always known that your husband, just like the American media, is a drama queen. Remember that drama queens live for moments such as this one. In their dreams, each one of them is (a) the hero of the drama and (b) the hypochondriac with the headstone reading, “I told you I was sick.”

While it’s true that drama queens can be right because bad things do happen, it’s impossible for a normal person to live life at their level of hysteria. What provides emotional sustenance for them damages the rest of us. The answer first and best answer is to tune them out. Killing them only creates other problems, so you don’t want to go there.

However, if you’re sheltering in place, whether because the government is forcing you to do so or because you’re a person at high risk of getting coronavirus, here are some happy thoughts. I’m not including links because I don’t have time, but I assure you that you can find support for every happy thought.

1. Most Americans won’t get sick and most Americans who get sick won’t die. I’m not great at math but I’m pretty sure that this is a statistically correct truth.

Today, we know exactly what the virus is and how it operates. We understand the mechanics of disease transmission and are effectuating social changes that will slow the disease’s spread (and help stop other diseases from spreading). We’ve already got a vaccine trial in the works. We’ve already figured out that there are treatments that help. For example, chloroquine looks promising, as do plasma treatments. While a percentage of sick people, sadly, will die, we know how to minimize some of the worst effects of pneumonia, which is good for most patient outcomes.

3. Trump closed our borders early, which bought us time. The whole leftist world, inside and outside of America, called him racist, but he was correct.

4. Mike Pence is proving to be a very effective administrator.

5. Because modern people have the ability to be proactive when a crisis arises, rather than blaming comets or punishments from God, we will come up with a solution, and I believe that will be sooner rather than later.

5. Trump was correct when he said that China was a threat, economically, militarily, and in other ways. Imagine where we’d be if he hadn’t started cutting America’s ties to China three years ago. Although the leftists in media and government are parroting Chinese propaganda about China’s response to the disease, ordinary people understand that China responded horribly by burying the news and not treating the outbreak until it reached a crisis point. They know why Trump calls it the “China Virus” and will not be lied to on the subject.

6. Every leftist idea is proving to be absolutely and completely wrong:

a. The disease is hitting colder climates the hardest, which means that the whole fear of global warming and the efforts to cool the planet were silly.

b. Single-use plastics are proving to be safer than multi-use products, whether shopping bags or plates and cutlery.

c. Letting the homeless live on the streets was an awful idea because, as sane people always said, it’s dangerous and inhumane. It turns homeless people into Petri dishes of disease, which is both insanely cruel to those who are mentally ill and drug-addicted, and to the ordinary citizens who live downstream of the filth that homeless people generate.

d. Packing people into cities — something Democrats want because people packed into cities are dependent on government and therefore vote left — is dangerous. Cities are super disease vectors, with people jammed cheek by jowl everywhere (public transportation, apartment buildings, elevators, etc.). Maybe leftists will finally give up their endless attacks on suburbs and rural areas.

f. Socialized medicine cannot cope with epidemic disease. As I tell my children, socialized medicine gives you access to a doctor, but that’s all. It may take you six months to see that doctor and you won’t get any meaningful treatment but you can still boast that you had “free” access.

Socialized medicine has fewer doctors, and fewer good doctors, because there’s no economic incentive to do the insanely hard work needed to be a good doctor. The only way to get people into medicine is to lower the standards.

Finally, the lack of competition also dulls the edge of treatment. If you can’t say to your doctor or hospital, “You suck, so I’m going somewhere else,” the doctor or hospital has no incentive not to suck. Nothing ever improves because a critical mass of people will always sink to the lowest common denominator of behavior that they can get away with.

7. More people will get bidets, whether they buy something cheap or fancy, or whether they make it themselves with a little sprayer and a T-connection to their toilet line. In non-drought areas, this is more hygienic, uses less toilet paper, and is much friendlier to the delicate tissues on your derriere. (Sorry, Mr. Whipple, but it’s true.)

8. Colleges and universities, which have become institutions of leftist indoctrination, will weaken. Perhaps most importantly, they’ll lose the massive revenue they receive from foreign students, the largest group of which is Chinese.

Coronavirus’s effects will fuel the push to online education, which will break up the insane, hard-left administrative structures that are the engine behind both the cost of education and the power of indoctrination. Online education will also increase competition and lower prices. Male students will no longer be at risk of endless false rape accusations. The rape culture and sex culture that is modern American college will slow. So many good things will happen.

9. The EU will be exposed for the sham it’s always been. With the big countries shutting their borders and refusing to provide any aide to the small countries, it will be clear that the EU always functioned to support France and Germany. Expect all the smaller countries to have their Brexit moments as soon as the pandemic subsides.

10. Because, perhaps foolishly, I believe that coronavirus will not be a huge problem in America, two things will become clear:

a. Trump is a true leader.

b. The Trump-hating media are piles of fecal matter. ‘Nuff said.

11. Iran’s leadership has bungled its coronavirus response so badly, and so many of its upper echelon people are dying, that it’s entirely possible the whole miserable mullah mass will finally fall, freeing the Iranian people.

12. China, Iran, and Italy have a few things in common that are not too significant for America:

a. China is a common denominator because both Iran and Italy signed on to the Chinese economic scheme, which is the equivalent of getting a pinch of heroin from your local dealer. China gives you some money and then takes your nation away from you, while flooding your nation with Chinese workers — and, as it turns out, flooding your nation with Chinese Virus. In Iran, that flood of Chinese people proved especially deleterious to the Iranian leadership, and that couldn’t happen to a more deserving group of awful people.

b. All three countries have socialized medicine (see above).

c. All three countries are among the most polluted nations in the world, which compromises people’s lungs.

e. Italy has a huge cohort of elderly people, as (I believe) does China. I’m not sure about Iran but the mullahs and their buddies are old. Older people have weaker immune systems so these demographics are going to increase the mortality rate.

My heart goes out to the people in all three countries. I hope the leaderships in Iran and China fall, and I hope that Italy gives up its socialism experiment.

13. Our free market will survive. The shortages now are driven by people’s fear of the finite contents of their home, not a fear that products will vanish forever. We know that, when things settle down, and we’ve used our 200 roles of toilet paper, we can once again go to the market and buy more.

14. America’s businesses, from Amazon to your corner grocery store to your local utility company, are mostly responding magnificently to the troubles and doing their best to make essential goods and services available to people. It’s not just soylent green that’s people. America is also people and we have the best people in the world.

15. As the old song said, the best things in life are free: Take a walk, pet a dog, call a friend, knit a sweater, paint a picture, clean your attic. Most of all, get some sunshine. There’s a world of things to do.

That’s all I can think of for now. Any more suggestions for my friend trapped in the house with a drama queen?

16. People will become more supportive of Trump’s border wall (including the Mexicans).

17. The coronavirus scare is revealing how regulations strangle things. Trump’s ability to get things done by slashing regulations is huge.

UPDATE II: For those in need, I have another “bright side” post here.