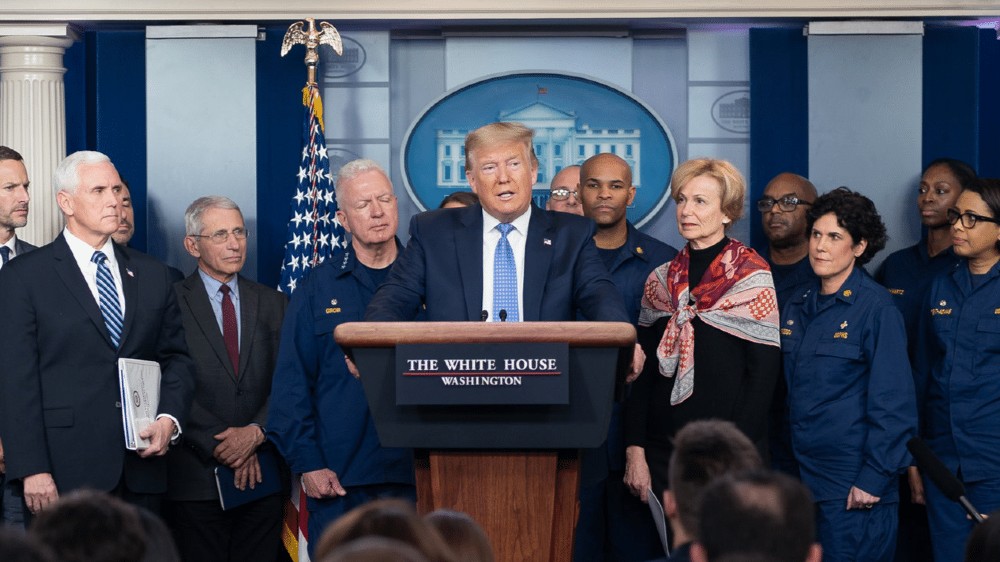 Read President Trump’s plan, “Opening Up America,” and tell us what you think of it.

President Trump issued his “Opening Up America” plan at the White House Wuhan Virus briefing this evening.  Or perhaps it is more appropriate to say that Dr. Deborah Birx of the Task Force delivered it.  You can read it in full here.  Having Dr. Birx deliver the plan was smart, since if Trump had delivered it, we would already be inundated with opinion pieces decrying it as a politicized plan that would get people killed.  As it was, the questions from the Press critters at the briefing were moderate.

The plan envisions three phases, with states entering into each new phase after meeting a series of benchmarks tied to declining rates of infection.  Individually, social distancing and personal mitigation measures remain largely in place.  At-risk individuals should continue to shelter in place until the state is in phase three of the plan.  Public health officials from the federal on down to the local are tasked with monitoring, testing, and responding to hot spots.

As to the public health component, it strikes me that this is how the CDC and public health workers wished to have been operating from beginning, instead of what has been an ad hoc crisis mode.  This type of mission is what they are organized for.

Overall, from a public health standpoint, the plan seems well thought out and reasonable.  Further, the plan puts each governor in the lead for their state, with the federal government in the support role.  That is how, under our system of federalism, it should work.  Moreover, it politically puts the onus on the governors to take responsibility rather than sit on the side-lines and hurl partisan accusations at President Trump and the federal government.

Overall, the plan seems reasonable to me.  The real unknown is whether public health officials are able to adequately respond to localized reemergence of infections.

What say you about the plan?