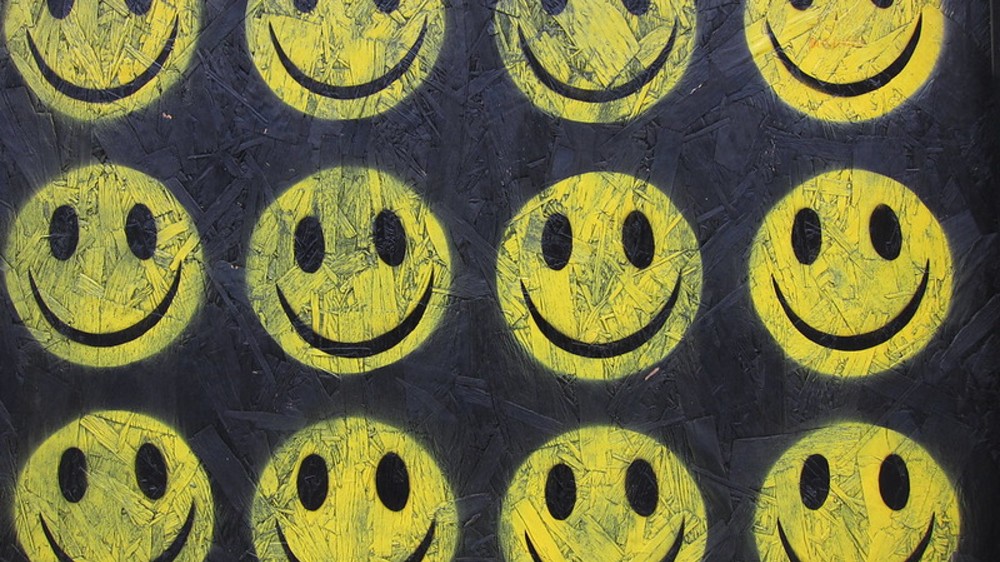 We’ve been in a Wuhan flu tunnel for a while, one made much worse by Democrat policies and Democrat spin. I see a light, though, and I’m very optimistic.

I mentioned Friday, in connection with my latest illustrated edition, that writing lately is like living through Groundhog Day while still having to produce fresh content. Nevertheless, I am thinking about things optimistically, so I’ll tell you what I think is good:

1. At Walmart, for the first time probably in Walmart’s history, every single bicycle in the store was gone. I’m not going all “green” when I say this is good. That is, I’m not looking forward to an allegedly golden age with no cars. I like cars. No, I’m saying this is good because it’s a sign that children are not sitting all day staring at smartphones and computer monitors. Whether with their own age group or with their parents, they’re doing what we older folks did as kids: Getting out and biking.

2. It turns out that sunlight kills the virus quickly and easily. In those total lockdown regions, people need to be let out of their homes and into the sunlight. In places such as South Carolina, where beaches and parks got shut down, they need to be opened (and, indeed, Florida has opened the beaches and South Carolina will).

3. Leftists have been buying guns like crazy and are learning a few things: (a) When you’re worried about a societal breakdown, there’s nothing like knowing that you can protect yourself. (b) It’s really hard to buy a gun. (c) More guns do not mean more mass murders. (d) Less public school seems to mean fewer mass murders.

4. Panicked or power-hungry governments have shown themselves to be every bit as oppressive as conservatives have always said Big Government would be given the chance. Across America, people are prisoners in their own homes, and they’re being punished if they rebel against their house arrest, even they do so in safe ways. The latest example of being punitive is the way the town of San Clemente covered with sand a skatepark in which people, by the nature of skateboarding, where keeping social distance, and in which they were getting lots of that virus killing sunshine. San Clemente was once Richard Nixon’s home and it is a mostly conservative town.

California is filling their skate parks with sand to make them unusable amid mandated lockdown.

5. Trump has been proven right about China. It is a bad actor. Even if we assume that it released the virus from a lab by mistake, rather than as some evil plot for world domination, it’s behavior from the moment the virus hit the street has been evil. It was evil in the first instance with its cover-up, which created a deadly pandemic. It was evil in the second instance when it realized that the pandemic was destroying the economy in various nations around the world, thereby creating bargains that China is snatching up. China should not be rewarded for its irresponsibility and its malevolence. Countries need to make it illegal for China to buy businesses within their borders — and they should keep the money China paid for those businesses as partial compensation for the havoc China wreaked with its negligence and affirmative evil. And that should be just the beginning of the world’s wrath against China.

6. This virus happened in the internet era. This kept people from going crazy at home — and it prevents the Left from shooting information into the memory hole. This tweet is from April 1, but it perfectly illustrates how the media (this time via Joe Scarborough) is trying to erase the past. Scarborough says Democrats were on top of the virus from the get-go, while the record (and the internet is forever) shows the opposite to be true:

Scarborough claims “everybody saw this coming in early January.”

Really? Just watch what the Democrats had to say AFTER Trump began the crackdown… pic.twitter.com/l3aL3tMmqM

7. Hydroxychloroquine works — and the leftists’ moral corruption shines through in their efforts to prevent patients from having access to it just because Trump expressed the hope that it would in fact work:

[F]irst let me mention the latest Rasmussen poll, which shows that only 18 percent of Democrats would take hydroxychloroquine if they were sick with coronavirus.

Folks, that’s just nuts. Democrats are suicidal. They not only don’t value human life; they don’t even value their own lives.

So why would leading Democratic politicians ban it or refuse to recognize its success? There’s only one answer: Trump derangement syndrome.

President Donald Trump was the first to tout this miracle drug. He has urged doctors to use it on victims since the earliest days of the pandemic. That was all it took for Democrats to despise this lifesaving drug; run away from it like the plague; refuse to educate the public about it via the liberal media; and, in extreme cases, actually ban it.

You know what you call that? Crazy, insane and dangerous. Democrats would rather let Americans die than give Trump a chance to take credit. Some might call that murder, or, certainly, manslaughter.

We already have an effective treatment. It’s time to reopen the economy. Why are Democrats in denial?

There is no reason for this irrational fear of coronavirus, not when about 90 percent of those infected either get it in very mild form or don’t even know they had it; not when 98 percent of those infected recover; not when many of us have already developed so-called herd immunity; and not when those who are left — the elderly, the sick, the immunocompromised — could simply take this miracle drug at the first sign of illness.

Why is anyone still scared? The answer can only be one thing: Trump derangement syndrome. Trump touted the drug first, so Democrats and their allies in the media hate it, ignore it or deny its remarkable success: proof positive Democrats are crazy, insane and a danger to us all.

8. Because we have a cure (give the hydroxychloroquine cocktail early and it seems to cure just about everyone), and because it turns out that the flu’s mortality rate is low (although a lot of people catch it), we will get back to work very soon. Moreover, the economy will bounce back. Why do I say that? I don’t know. I just feel that very strongly.

9. We might see a reorientation of our culture. People will still be fascinated by pop figures who live glamorous lives, but more people will realize that these glam people are not important (and many aren’t very bright). They’re entertaining, and that is worth something, but they should not guide our core values.

Facts are stubborn things and I have hope that people will realize that America’s problem is Democrats.

So for the above reasons, even when trapped in Wuhan Flu Groundhog Day, I feel optimistic.