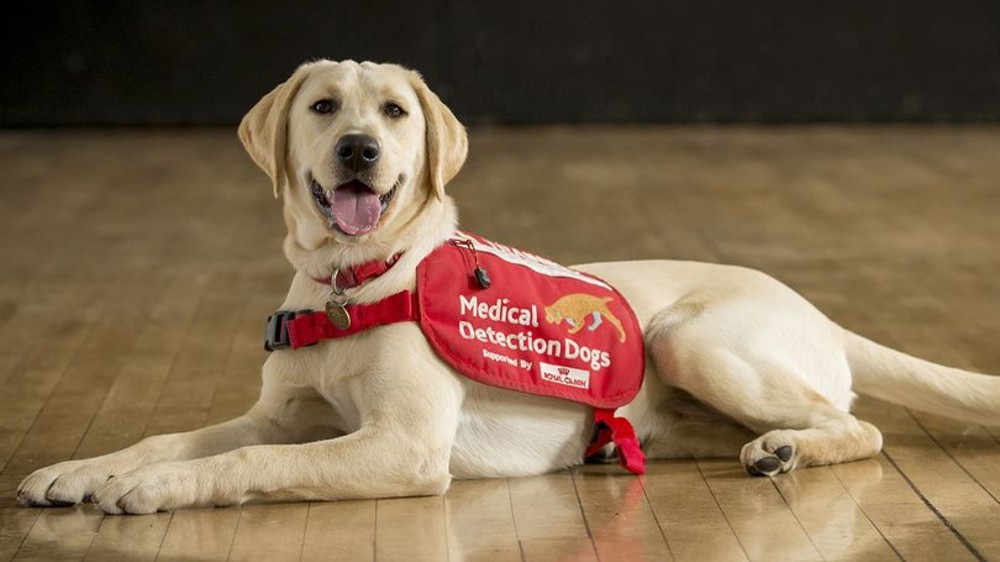 Lab testing for the virus; Dan Crenshaw’s defense of government response to Wuhan virus; 1st Amendment rights to assemble and petition government, and finally, Gov. Cuomo has praise for the federal response.

1.  When you have to visit the lab to get tested for the Wuhan virus . . . remember to pet him and bring bacon.

From the Mirror:  Coronavirus: Dogs being trained to diagnose bug and could screen 750 people an hour (via Legal Insurrection)

Lab(bie) testing for the virus will be a reality.  What you will never see for this or any other virus are . . .

2.  President Trump puts his seal of approval on a bravura performance by Dan Crenshaw

3.  A Constitutional Primer for Governors and progressive Congresscritters . . .

Gov. Inslee of Washington has accused Donald Trump of instigating civil unrest for supporting citizen protests against draconian state provisions placing citizens in strict lock-down, and New Jersey Governor Murphy had a woman arrested for organizing a protest against the overreach of that state’s lock-down order.  Crazy Nancy is mystified that anyone would complain.  The Governors and Ms. Pelosi have a very weak case.

The First Amendment to the U.S. Constitution protects “the right of the people to peaceably to assemble, and to petition the Government for a redress of grievances.”  Those provisions came to us out of British law with a history centuries old even at the time we adopted them into our Bill of Rights.  Writes the Heritage Foundation:

The Magna Carta [of 1215] first formally recognized the right to petition the King. Initially, the right applied only to certain nobles. Later,Parliament claimed the right to petition as a quid pro quo for its approval of royal requests for new taxes. In 1669, Parliament recognized the right of every British subject to petition Parliament, and in 1689 the Declaration of Rights established that not only is it “the right of the subjects to petition the king,” but that “all commitments and prosecutions for such petitioning are illegal.” At a time when the King was considered above the law, petitions were the only method (short of revolt) to seek redress for illegal royal action. . . .

And when American colonists tried to gather together to address the government overreach, in 1767, Britain ordered colonial assemblies dissolved for responding to the Mass. Circular Letter, then in 1775, declared the Constitutional Congress illegal and attempted to arrest a list of people involved in organizing peaceful opposition to the British government, including Samuel Adams and John Hancock.

Of course, it is a truism to say that the Constitution is not a suicide pact.  And there is a long history of enforced quarantine of the ill and those exposed to contagion that long predates the birth of our Nation.  Indeed, for but one example, in colonial Charleston, SC, the quarantine of people ill with small pox was required by law and enforced by armed soldiers.  That said, there is no history in the colonies or in pre-1776 Britain of quarantining entire cities, nor enforced quarantine of people not believed ill or, for a certainty, exposed to contagion.

So the question becomes, what right do the governors have, in our current situation, to suspend our Constitutional rights, and particularly the rights to assemble and to petition government?  While Governors have substantial powers in a public emergency, they are still required to exercise those powers to minimize encroachment on Constitutional rights.  It certainly seems like many of the governors have exceeded their authority.

And to throw another twist on this: Zuckerberg: Lockdown protests organized on Facebook will be taken down as “harmful misinformation”  It is long past time to treat those platforms that control so much of our speech as pseudo-public entities subject to the First Amendment.

4.  Praise for Trump and the Federal Response from Gov. Cuomo today