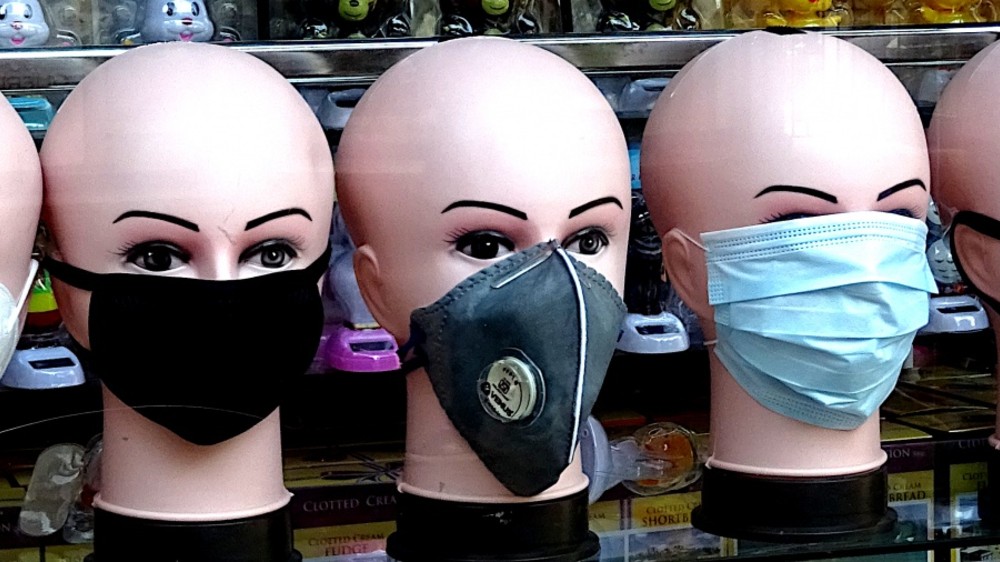 An older friend of mine lives in Oregon, which has had 137 deaths from the Wuhan virus. In a population of 4,217,737, that means that 0.0032% of the Oregon population has been felled by the virus. Forty percent of the deaths have been in Multnomah County, which is home to Portland, Oregon’s largest city.

My friend lives in Deschutes County, which has had a total of zero deaths. It’s also had 94 cases. With a population of 186,807, that means that only 0.05% of the county caught the virus – and, again, no one has died.

Despite these staggeringly low statistics, Oregon’s governor, Kate Brown, a Democrat, has announced that the entire state of Oregon will continue to be locked down until July 6. This is insane, whether we’re looking at insane paranoia or an insane lust for control.

Despite the lockdown, the governor has not made masks mandatory. Unfortunately for my older friend, the Costco in Bend, Oregon, is making everyone wear a mask. Again, keep in mind that all of Deschutes County has had zero deaths.

So my older friend dutifully dons her mask, goes to the Costco – and a short time later collapses from hypoxia (i.e., oxygen deprivation). Fortunately, since she has ongoing balance issues, she wears a helmet. Had she not worn a helmet, she could easily have struck her head, gotten a brain bleed, and died.

Did I mention that there have been zero deaths in Deschutes County?

Nor is my friend anomalous. Just after I got off the phone following her tear-filled call, I coincidentally read that a man who Wuhan who tried running while wearing a mask suffered a collapsed lung:

A man in China burst a lung after running for more than two miles in the coronavirus epicenter city of Wuhan while wearing a face mask, according to a report.

The 26-year-old jogger was rushed to Wuhan Central Hospital, where he underwent major surgery for the collapsed lung after he began having difficulty breathing, the UK’s Sun reported.

Health officials believe the man’s lung burst because he was wearing a mask while running.

Chen Baojun, head of thoracic surgery at the hospital, said the man was already susceptible to a spontaneous pneumothorax because of his tall and lanky frame.

In two other incidents involving physical activity, two Chinese boys dropped dead within a week of one another recently while wearing masks during gym class.

The above is not just the craziness of China’s socialized medicine system. While masks are as yet unproven when it comes to protecting against the Wuhan virus, a retired neurosurgeon warns that they can cause real health problems. In ordinary cases, the more stringently a mask protects against particulate matter, such as an N95 mask, which my friend was wearing, the more likely the mask is to cause headaches.

The reason for the headaches is hypoxia:

As to the cause of the headaches, while straps and pressure from the mask could be causative, the bulk of the evidence points toward hypoxia and/or hypercapnia as the cause. That is, a reduction in blood oxygenation (hypoxia) or an elevation in blood C02 (hypercapnia). It is known that the N95 mask, if worn for hours, can reduce blood oxygenation as much as 20%, which can lead to a loss of consciousness, as happened to the hapless fellow driving around alone in his car wearing an N95 mask, causing him to pass out, and to crash his car and sustain injuries. I am sure that we have several cases of elderly individuals or any person with poor lung function passing out, hitting their head. This, of course, can lead to death. (Emphasis mine.)

And there you have my friend, saved only by the fact that she wears that helmet whenever she’s out of the house.

It gets worse. Cutting through the medical language, Dr. Blaylock explains that hypoxia can affect the blood oxygen level. You’re not just breathless; you’re fundamentally de-oxygenated. A significant drop in blood oxygen impairs immunity, meaning that people are more, not less, likely to get the Wuhan virus.

Low blood oxygen can also stop the body’s ability to fight cancer. So people in lockdown areas who are forced to wear masks are less likely to get their cancer diagnosed or treated and also less likely to have a robust immune system to fight it.

Oh, and one more thing, according to Dr. Blaylock: The most significant factor in the severity of a Wuhan virus infection appears to be viral load. If you catch a few free-floating virus particles while in a parking lot, you’ll probably have a mild case, But if you get a whomping big load on the subway or in a hospital setting, you’ll have a bad case.

People who have a mild or asymptomatic case, because of a low viral load can unwittingly increase their viral load by exhaling the virus into the mask and then inhaling it again. How’s that for an ironic kick in the pants?

The Western world is going to go down in history (assuming there’s anyone left to write a history), as the only civilization that died, not from the plague, but from its insane overresponse to the plague. We are engaged in the civilizational equivalent of a cytokine storm.

Here’s what I mean: The human body’s immune system can overreact, killing someone affected with a contagious illness that is not necessarily fatal. Cytokine storms were the reason that so many healthy young people died from the Spanish influence – it triggered a massive overreaction of their immune system. The Wuhan virus seems to do the same.

In America and other Western countries, our governments and media have responded to the virus with a massive overresponse of preventive measures. Whether it’s total lockdowns that kill the economy or masks that cause oxygen deprivation deaths, it’s not the Wuhan virus that’s destroying us. It’s our overwrought response to the virus.

If America is to survive the Wuhan virus, it needs to ratchet back on its political and culture cytokine storm. Otherwise, we will destroy ourselves before the Wuhan virus even gets its chance to try.