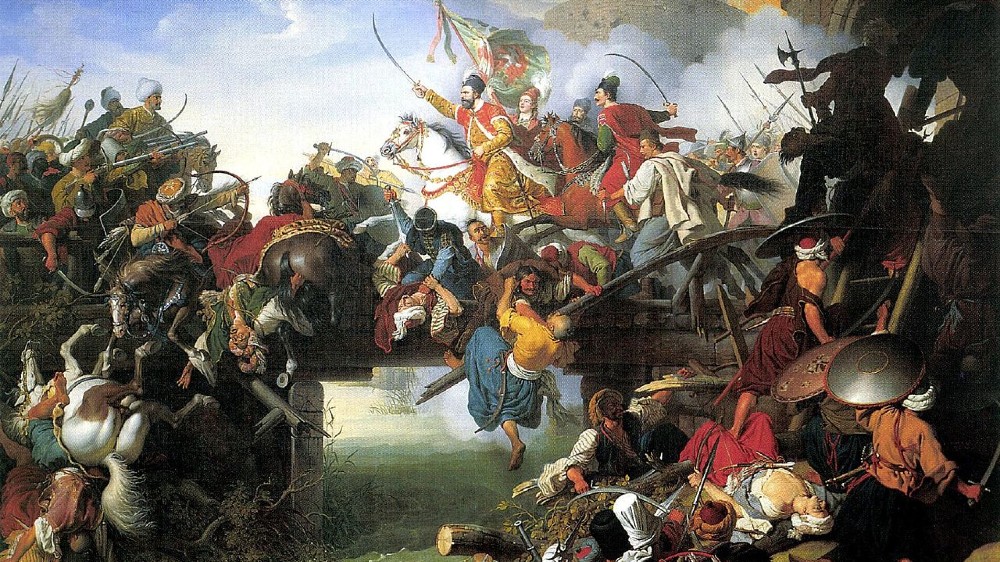 I seem to have come under a denial of service attack. I’ve loaded CloudFlare — which you already know if you’re reading this post — and am just hoping that this whole thing resolves itself.

Having said that, I’ve had a steep learning curve about servers, denials of service, and all sorts of other interesting stuff I would have been happier not knowing.

My understanding is that, when the DoS attack ends, that stupid Captcha thing will end too. It’s cute once; it’s not cute over and over.

I’ll be back tomorrow with intelligent things to say. For now, I have paying work I have to do.

I am so sorry. The only consolation I can offer, if it is consolation, is that I am almost certainly more frustrated than you.

Here’s a fun little meme I made up, though, while I was biding my time for my blog to get resuscitated (again):

(The image for this post is a cropped version of a Johann Peter Krafft painting (ca. 1825) showing the Siege of Szigetvár. It shows the Hungarian defense against a 1566 Ottoman attack against the Hapsburg empire. The Ottomans prevailed, but they were so depleted that it took them until 1683 to attack the Hapsburgs again. And as all you history students know, the Seige of Vienna was a resounding defeat for the Turks, ending the Muslim push to conquer Europe right until their successful stealth attack over the past 30 years. It seemed appropriate for how I’m feeling.)