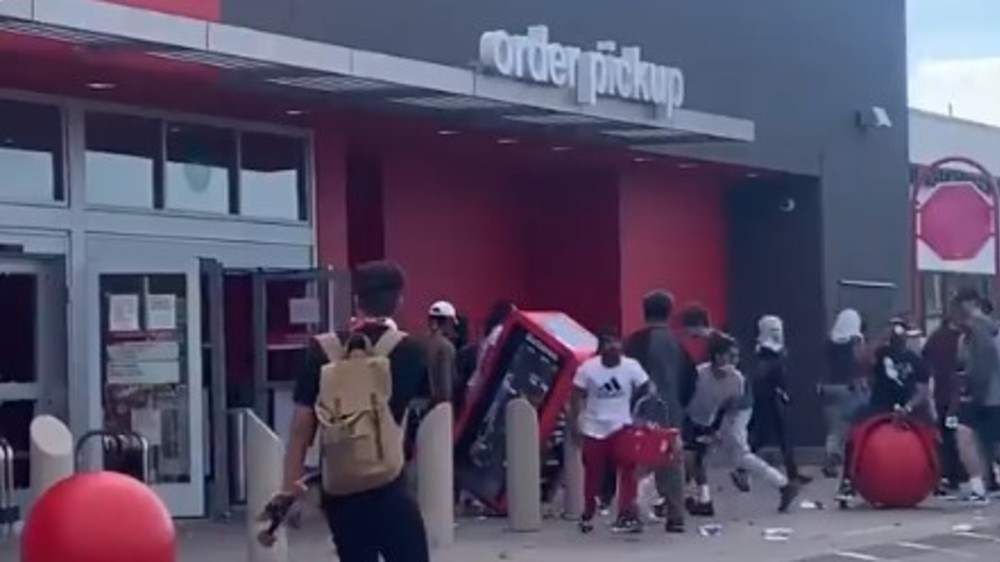 Tom Wolfe famously said, “The dark night of fascism is always descending in the United States and yet lands only in Europe.” Aside from being as true now as it was the day he spoke those words, a variant applies to America as well: “The dark night of racism and income inequality is always descending in America’s conservative heartland and yet lands only in its Democrat-run cities.”

This should not surprise anybody. Democrat policies, even as they ostensibly “fight” racism and income inequality, create the perfect environment for those vices to grow and eventually smother the host.

Income inequality inevitably occurs when the government perverts the marketplace. Humans are marvelously adaptable creatures. We will follow wherever the incentives lead. In leftist cities, the incentives are broken. The government puts its thumb on the scale all over the place.

As just one example, think of rent control, which leftists argue is necessary to ensure that poor people can afford rent. Additionally, what’s paired with rent control is a set of laws that makes it almost impossible for a landlord to evict non-rent paying tenants.

What these two sets of law do is shrink rental stock. If you have rent control and it’s impossible to evict deadbeat tenants, there’s no profit and therefore no incentive for people to invest in rental property. In addition, for those who have braved the rental market, landlords are loath to maintain it at anything other than a bare minimum of livability. This is why leftist cities end up with housing for the wealthy and slums (see, e.g., San Francisco). The process has been slower in Minneapolis, which has more acreage than San Francisco but rest assured, even Minneapolis will get there.

“Under-classism,” which is where so much racism incubates, will invariably occur when you have a government that incentives the underclass. Welfare is one example. I believe in taking care of the widows and orphans, by which I mean people who are truly unable to care for themselves. However, our welfare system, beginning in the 1960s, incentivized single-motherhood. Indeed, it was set up to ensure, not only that women jettisoned husbands, who decreased their welfare payments but to make it profitable to have more children.

Back in the 1970s, even 60 Minutes noticed a problem with this, for I distinctly remember an episode that spoke about the way New Jersey’s welfare system was set up to make having illegitimate babies economically sensible for young women, with more babies bringing in significantly more money. As well all know, single motherhood is the most certain path to generational poverty. That episode, by the way, was one of the first stepping stones in my long, slow journey across the Rubicon from Democrat to conservative.

Leftist cities also have hosts of regulations, all with an eye to making things “more fair” for the poor and for minorities. However, by making business too expensive and difficult, the laws just drive businesses out. I’ve written before about the way in which the legal problems associated with firing minority employees mean that employers leave the marketplace, creating unemployment and a lower tax base.

In addition, those laws tell minorities, who are not incompetent but are, instead, completely rational, know that they don’t have to work as hard to keep a job. The law, therefore, degrades them, for the offer employers their worst conduct not their best. “Best,” after all, takes energy, and conservation of energy is one of the universe’s most honored controlling principles.

Another way leftist cities creating an underclass is the misguided sympathy that sees them allowing street crimes and underwriting drug use. Last year, Chesa Boudin, San Francisco’s Marxist District Attorney, announced that he would no longer prosecute any lifestyle crimes, making the city one giant cesspool. Not only does this draw in the criminals and addicts, but it also drives out the tax base. People with jobs and families can no longer stay in that kind of environment.

One thing that happens when you’ve created this kind of landscape is that the police degrade. Instead of having true community policing, where the police and the law-abiding in the community have a partnership aimed at keeping the environment healthy, you end up with police facing off against the functional equivalent of zombies, whether gangbangers or insane druggies.

It’s the rare police officer dealing with this day after day who can hang onto humanity and decency. Eventually and inevitably, police stop seeing the people on the other side of the thin blue line as fellow humans. Instead, because government policies induce many to act like animals, the police fall into the error and evil of treating them that way.

This problem (i.e., police dehumanizing the citizens they’re supposed to protect) gets worse as good cops leave the police departments in decayed cities. Two things happen, then. First, the only ones left are the bad cops. Second, applicant quality declines, leaving the police departments stuck hiring people who shouldn’t be holding badges and guns. (I urge you to read the book I reviewed in this post, for it tells about the horrible damage a bad police department can do.)

When you have a large enough underclass, and you light the spark, suddenly you have Minneapolis. This poster sums it up: Martin Luther King led law-abiding citizens who dreamed of being middle-class people in a functional society. Black Lives Matters draws its strength from the mob. It has no intention of encouraging its followers into civilized behavior. It needs anger, chaos, and terror to achieve its power.

Part of me looks at what’s happening in Minneapolis and thinks, “That’s so awful. It’s a very nice Midwestern city and I really hate seeing random destruction.” The other part of me looks at what’s happening and thinks, “For decades, you’ve been pursuing hard-left policies that create greater economic inequalities and that highlight racial divides, all while you’ve been smugly telling conservatives that they’re evil for not doing the same as you. All you did, though, was worsen those problems. As you sow, so shall you reap. In other words, it couldn’t happen to a more smug group of leftists.”

Still, there is something karmic about it happening to Target of all companies. After all, Target, which is headquartered in Minneapolis, is one of America’s most dutiful virtue-signaling corporations. Who can forget its decision to open women’s restrooms to all genders? Likewise, if you go to a Target in June, you’re buried in LGBTQ rainbow iconography. The leftist virtue-signaling is smothering.

Of course, the sad thing is that these leftists will not learn from this failure. Instead, like the classic insane person, they’ll keep doing the same thing, all the while hoping for a different outcome. Indeed, if history is a guide, they’ll double down on their bad policies.

UPDATE: One of my little Bookworms lives near enough to the riots to make me nervous. She texted me about the helicopters circling near her home and the sound of endless sirens. Friends of hers sent her texts about the fact that cars racing through a red light stopped at the CVS by their apartment, jumped out of the car with bats, and smashed their way into the store. She and her friends are beginning to understand the difference between a protest, which can be a principled and honorable thing, and an ugly, opportunistic riot. I wonder if this night will serve to be the “mugging by reality” that causes them to rethink some of their past political views.