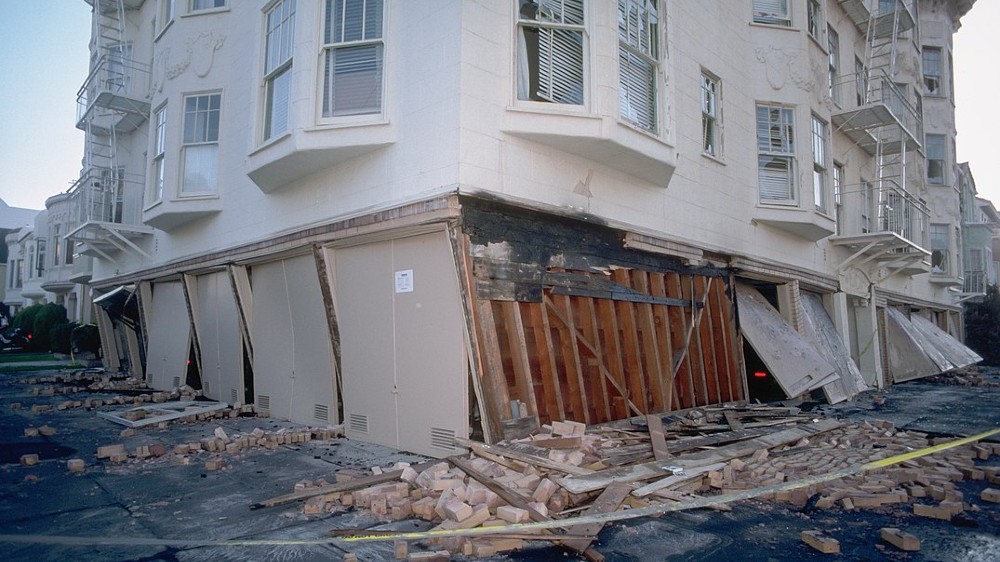 The media are lying to us: Outside of the media’s Democrat-run communities, Americans are getting along fine and are well aware of what’s really going on.

Believe it or not, things in America are better than you think. In a way, America is the equivalent of a fundamentally healthy plant under attack from hard-left aphids. If we can rid ourselves of that parasite, we will be fine. This post needs three personal anecdotes to explain what I mean.

Anecdote One: I lived in San Francisco in 1989 when the Loma Prieta earthquake struck. It was a severe earthquake that killed 63 people, most of whom died when a freeway in the East Bay collapsed. I missed it entirely because I was on vacation in Hawaii.

Thirty-one years ago, there was no internet, and the phone lines into the City were down. The only way to know what was happening was to watch television news. Because my family was still in the City, I was glued to the TV set. Every outlet showed images of fires and collapsed buildings.

It was only when my initial panic subsided that I realized that the media was focusing on just three or four locations in San Francisco. The neighborhoods in which my family members and I lived never made it to the television screen because nothing had happened there. My parents lost a TV that fell off its stand, and a picture in my apartment was crooked. While the media focused on the bad things, for most people, once they got their power back, life was normal.

Anecdote Two: My friend and I went to a local gun range a couple of weeks ago. We were the first people waiting in line. A few minutes later, a young black man joined the line behind us. I greeted him, he returned my greeting, and we started chatting. Within a few minutes, he looked at us – two middle-aged white people – and said, “What happened downtown, that’s not who we are here. Those people, they just want to make trouble, burning a car, and making a mess. Here, we’re all in it together. We’re good people.”

I found it utterly endearing that this young man wanted us to feel safe and comfortable. I also believed him. In my very mixed-race, suburban community, outside of the Democrat-run urban center, things are peaceful, and people treat each other with kindness and respect.

Anecdote Three: I was in Madison, Wisconsin, recently. A few days before I arrived, rioters hit the city center, where the state capital is, with a vengeance. I spoke with a woman who’s lived in Madison all her life. She was furious at the state and city government for allowing these riots to happen. I suspect she’ll still be angry in November.

At the Madison airport, I blatantly eavesdropped as three white men sitting near me, all in their 30s or 40s, talked to each other. They were obviously strangers who had bonded as travelers do, over a shared belief system. They believe that black lives matter and that police lives matter. They think that the rioters are dangerous people who are putting white and police lives at risk and that they need to be stopped. None of the three men struck me as a news junkie, but all were well-informed and worried about what was happening. If they haven’t voted before, I think they’ll vote now.

Getting to the point: The point of my first anecdote is that the mainstream media outlets are headquartered in and focus on the big cities. Rather than looking outside of their narrow focus, they extrapolate from it. If New York and other Democrat-run cities are in shambles racism, then all of America must be racist.

My second and third anecdotes hint that the media are wrong. (Two anecdotes don’t make data, but they’re a start.) When you get outside of America’s big cities (and I’ve traveled extensively in America over the past couple of years, so I’ve seen a fair bit of our country), most people transcend race or at least rub along well enough for communities to avoid racial friction. They have the shared bonds of neighborhood, jobs, hobbies, children, and, although leftists may find this hard to believe, love for their country and its values.

Naturally, the media aren’t selling this narrative merely because they’re insular. They’re selling it to make people believe that America is a disaster and that Trump is the cause. As William A. Jacobson explains in a must-read post, this is what the media does every time a Republican president runs for re-election. They spin the news to demoralize Americans away from voting for the Democrat. This year, they’re spinning harder and faster than ever, aided by Democrat-approved mobs tearing up the streets.

Remember, though, what you’re seeing is Democrat America. It’s in Democrat America that unemployment is high; that people are trapped in their homes, dying from untreated diseases, loneliness, and economic despair; that mobs are ransacking cities and destroying cultural institutions; that police have been bullied off the street, leaving the cities’ predators to go on murderous rampages; and that cultural institutions (such as museums and once-revered colleges and universities) are immolating themselves. The rest of us are doing just fine, thank you!

The fact that the media are selling a narrative that only goes to a minute segment of the American experience doesn’t mean that it cannot do untold harm. Neither Hitler nor Lenin got a majority of votes in elections. As with China’s Xi, Russia’s Putin, and Turkey’s Erdogan, all that mattered was that they got close enough to power to seize it. It’s still up to ordinary Americans to stop the takeover. My point is simply that the media are lying and that many ordinary instinctively understand the truth.

Rudyard Kipling, who long ago became a literary persona non grata thanks to his highly imperialist views, wrote a poem called If. I’ve never been a fan of his poetry, but I think the first verse of If is worth remembering:

If you can keep your head when all about you
Are losing theirs and blaming it on you,
If you can trust yourself when all men doubt you,
But make allowance for their doubting too;
If you can wait and not be tired by waiting,
Or being lied about, don’t deal in lies,
Or being hated, don’t give way to hating,
And yet don’t look too good, nor talk too wise….

If you can do that (and a few other unrelated things), Kipling promises that “you’ll be a Man, my son!” Nowadays, it would end, “you’ll be an American, my friend!”

Let’s not lose our heads this summer as the media works to amplify Democrat self-destruction to demoralize the rest of us. Keep your head, separate the truth from lies, don’t give in to hate against your fellow man, and vote a straight Republican ticket in November. Trump deserves your vote; Biden does not.

As for the many Republican quislings seeking election and re-election, patriotic conservatives need to do better in the primaries. Once they’re officially on the ticket, we risk everything if we let the perfect be the enemy of the good. Don’t lose sight of the fact that, no matter how weak they are, they’re still better than a Democrat-run Congress.