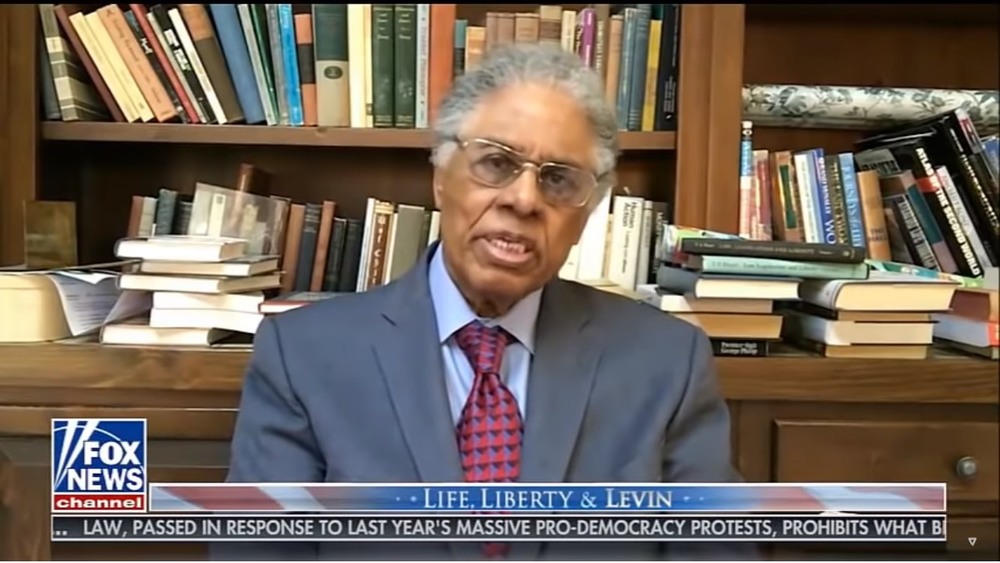 Dr. Sowell recently observed that the term “systemic racism” is meaningless and that we are rapidly approaching a point of no return, much like ancient Rome.

Below was the entirety of Mark Levin’s July 12 interview of Thomas Sowell.  In the first several minutes, Levin asks Dr. Sowell about our current national situation.  Dr. Sowell makes two points.  One, there will come a point where our nation is so altered that we cannot recover and, like as happened in ancient Rome, we will implode.  Two, the basis for much of the current mass hysteria, “systemic racism,” is a term that, in 2020, has “no meaning.”

Update:  the original video has been removed by Youtube.  Here are the first few minutes of the interview.

The phrase “systemic racism” was coined by Stokely Carmichael in the 1960’s at a time when laws and regulation meant to deny  equal opporturnity to blacks were just beginning to be dismantled in the U.S.  Today, those legal impediments have been removed, to the point that, as a matter of law, black’s have full equal opportunity — and, moreover, they are the beneficiaries of at least some positive legal discrimination.

On moral and legal grounds, that is all that we as a nation owe any and all of our citizens.  That is the social compact written into our Constitution and its amendments.

The radical left’s complaint now is not that equality of opportunity is being denied blacks, but that there is inequality in (some) outcomes.  That is a socialist / communist argument that has no basis in our Constitutional system.  Furthermore, such equality of outcome can only come about by the force of a police state.  History teaches us what happens in that event — and if you are unaware, you can read Roger Kimball’s take on why no one should have been celebrating Bastille Day yesterday.  To pretend that is a moral good is, at best, deliberate ignorance, and at worst, evil.