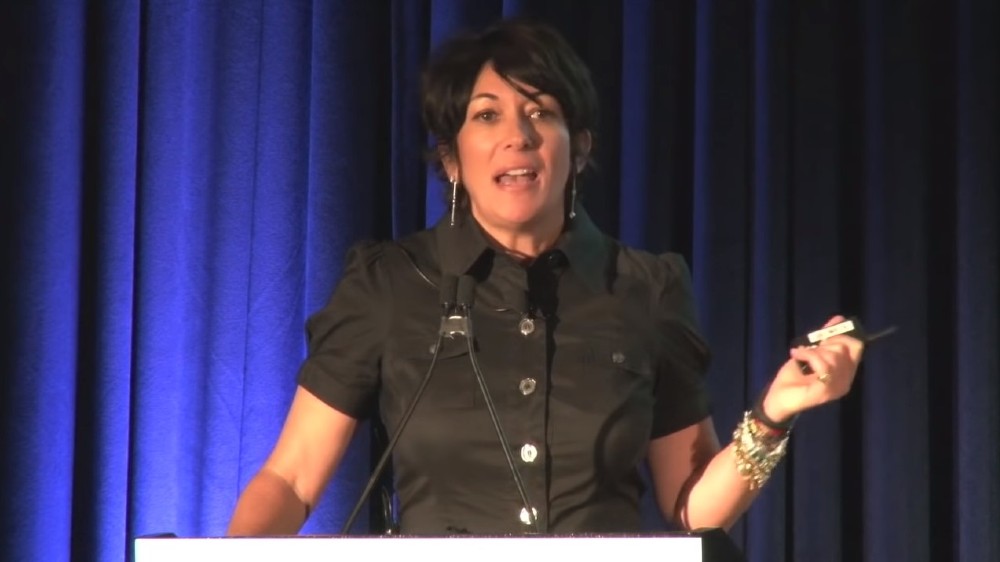 America no longer constrains the powerful from indulging in their lust for control or their desire for perversion, putting us in great danger.

I like listening to Andrew Klavan’s podcasts when I walk my dog. Instead of merely rehashing news stories, he offers a philosophical perspective informed by his journey from left-wing atheist Jew to conservative born-again Christian. I found his show on Tuesday particularly illuminating because it talks about the two doctrines that guide America.

It’s not just that the Founders held correctly that we are all endowed with certain inalienable rights that a good government supports, rather than controls or destroys. It’s also that the Founders, as good Christians, recognized that we humans are all inherently flawed and likely to remain that way. That negative idea is an important one because they tried to build a system that protects against our inherent failings.

Leftists believe that, with enough government pressure, we can all be brought to a state of human perfection. In the early 20th century, for example, leftists believed that we could do that through smart breeding and extermination tactics. Margaret Sanger pushed that idea in America. Hitler took the same idea to its logical conclusion in Europe.

For a good 70 years or so, the left abandoned the notion of racial perfection and focused, instead, on modifying behaviors through coercion. In every leftist country, from the hard left of North Korea, China, the former Soviet Union, etc., to the soft left of Europe, leftists have used government to force us to conform to whatever perfection happens to be the flavor of the day. Right now, the Chinese are doing a big “perfection” job on the Uighurs, forcing them into concentration camps, “re-educating” them, raping the women, etc. They’re also telling Christians in a time of viral panic that, if they want government aid, they’d better abandon Christianity. Meanwhile, in England, police are good with Muslim rape gangs, but they arrest teenagers for mean posts.

In America, frighteningly, open racism is back in play. It’s totally okay now for whites to be told they’re subhuman, toxic, dangerous, lacking, evil, etc. The left is pushing this narrative as hard as it can.

Many white people are at the forefront of the push, whether because 50 years of Marxist education has brainwashed them or because, like all appeasers, they’re hoping the mob will forget to come for them. They’re the living embodiment of the two men who are running from a bear. One man breathlessly says, “Why are we doing this? We can’t outrun a bear.” The other man (obviously a white leftist) replies, “I don’t have to outrun the bear. I just have to outrun you.”

Whatever the leftist goal-of-the-day, the reality is that most humans won’t achieve it. The only way to do it is with force. Lots and lots of force. We see this here with cancel culture, which has not yet been officially incorporated into government, but has become the norm in Democrat enclaves, both socially and, yes, politically. Right now, leftists are mostly purging each other but, once the American Bolsheviks have seized power, they’ll come for the rest of us.

Klavan’s point is that the Founders went the other way, for they understand that perfection is impossible, and that the attempt to perfect people can happen only with force. Knowing that humans are inherently flawed and that power corrupts (something they figured out long before Lord Acton) they set up a system intended to prevent any concentrated power in America.

Under the Founders’ system as written, no matter how bad someone gets, he or she doesn’t have the reach of a statist, who’s bad ideas and bad acts can wreak untold havoc across a nation and even across a world. To see what the Founders desperately wanted to avoid, just look at what power-mad governors are doing in Democrat states — killing old people, destroying people’s lives and businesses, destroying the economy, dictating clothing, food, socializing, etc. — and realize that, having gotten off to a roaring start in the spring, they’re doubling down in the summer.

I’m not explaining this anywhere near as well as Klavan himself said it. I’ve queued up the video to the start of his discussion:

Thinking about Klavan’s point, I’ve realized that it goes beyond the political and gets to the perverse: Specifically, to the Epstein/Maxwell matter. What’s quite clear is that Epstein and Maxwell gained power by enabling rich and powerful people to indulge in vice. It’s probable that some of these people didn’t even know that they were open to perversion until Epstein and Maxwell made it possible for them to do so with seeming impunity.

In this regard, that disgusting duo reminds me of a defendant in a case I briefly worked on three decades ago. He had made a fortune in San Francisco working with corrupt City Hall employees. I’ve never forgotten what the main attorney on the case told me. He said that the man had the unique gift of finding a vein of corruption in a person — a vein buried so deeply in the person that the person might not even have been aware it was there — and then mining it.

Thomas Carlyle famously said of Robespierre that he was “sea-green incorruptible,” a poetic phrase that I’ve always understood to mean that Robespierre never deviated from his (admittedly awful) values. (As the sea is always green, so Robespierre was always incorruptible?) Few people are like Robespierre. If you push hard enough, you can find the badness in them.

With famous and powerful people, my bet is that you have to push less hard. They’ve figured out that their wealth, power, and fame insulate them. Laws really are for the “little people.” The worst of them, therefore, conclude that they are above petty morality, such as the rule that says you don’t sexualize or, worse, have sex with children. So when an Epstein or a Maxwell comes along and promises a safe haven for exploring vice, they’re willing to go along with it.

Again, as Klavan said, we are all bad. Starting as children, we all have bad thoughts and desires. The degree of badness may vary, but the fact that we are all “sinners”, as Klavan said, is unvarying. What’s important is having a system that opposes that sin. A coercive system may squash sin in ordinary folks, but as the Epstein/Maxwell experience shows, it magnifies sin in those who think they’re more than ordinary. They can squash us, but no one can squash them.

The optimal system, whether in encouraging liberty or squelching perversion, is exactly what our Founders envisioned: An acknowledgment that we have inherent rights that a good government exists to protect and a social structure that somehow reminds us that we must avoid vice and embrace virtue. (I suggest a virtue that starts with the Ten Commandments and that extends to cover everything from personal generosity to the poor to not raping small children.)

(NeoWayland, I’m not insisting on formal religion. As you know, I’m not on board with Klavan’s born-again Christianity. I suspect I’ll be a non-doctrinal-but-theistic Jew until the day I die. However, the Ten Commandments are a good starting point for basic morality, whether they’re derived from God or man. Moreover, telling people that they’re derived from God and that violating them will result in everlasting punishment has a bit more heft than just telling people that the Commandments are, in a Martha Stewart way, “a good thing.”)

What we’ve developed in America — or at least in Blue America — is the worst of all worlds. People with a great deal of power (in politics, in the media, in corporations) are working hard to upend our inherent rights. Meanwhile, those same people are also working to upend any fixed moral standards. Because power corrupts and absolute power corrupts absolutely, they’re making the standards up as they go along, always with an eye towards aggregating ever more power to themselves. And what we’re seeing, of course, is that the more power they acquire, the further they deviate from their own standards.

(And yes, the above is a bit Virginia Woolf-ish or James Joyce-ian stream of consciousness, but I’m really struggling to articulate a strong principle here and that can take a few go-rounds of writing.)