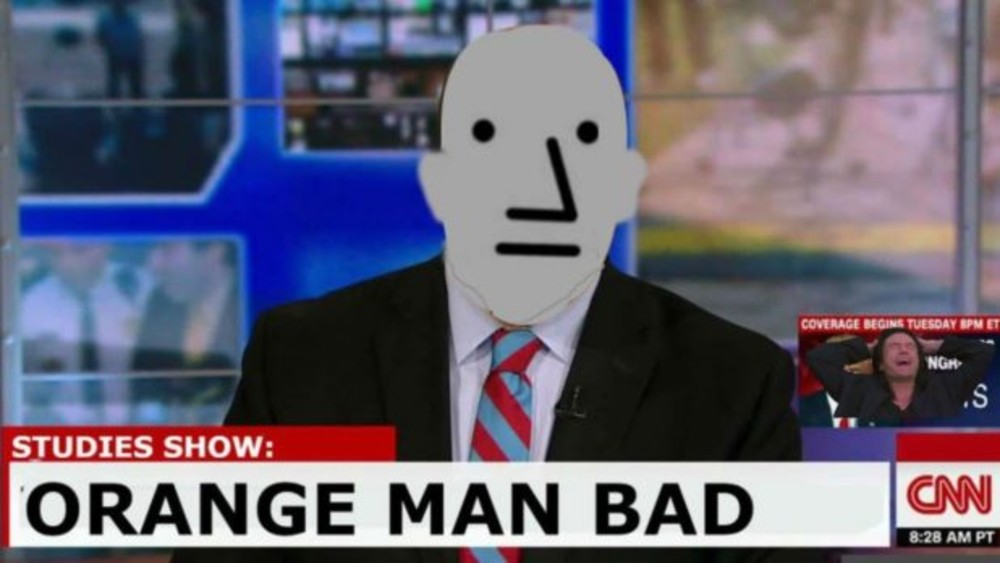 William Saletan of Slate has written a masterpiece of fake news with his claim that President Trump caused all of the Covid-19 deaths in the U.S.

The progressive leftists are all a’ twitter, so to speak. At Slate, William Saletan has composed an epic rant, writing a ponderous near 6.000 words about “The Trump Pandemic,” charging that Trump is personally responsible for “killing” 140,000 Americans. At progressive websites such as Alternet, they call it a “must-read report [that] lays out the damning details of Trump’s horrific pandemic response in a ‘blow by blow account.’”

So is Saletan right? Or is he an intellectually dishonest piece of human garbage whose work is just par for the course in the progressive sewer of “fake news?”

It is worth pointing out that William Saletan has a history of being an emotionally overwrought writer for hard-left publications. He regularly churns out ridiculous hyperbolic canards, such as claiming that “ISIS’s leader, Abu Bakr al-Baghdadi, sounds like a [2016] Republican candidate for president;” that a world without a federal constitutional right to an abortion (which we had for over 182 years) would be a “hellscape;” and that only groundless anti-Obama “psychosis” — as opposed to conservative values — led Republicans to support Trump in 2016. Saletan regularly portrays everyone on the right as delusional or evil. He also likes the “delusional and evil” formulation.

Okay, so Saletan seems to be a hardcore progressive, but so what? More important than that, is he intellectually honest to the extent that he holds everyone to his same standards? Matt Taibbi, for instance, is a pretty hardcore progressive who supports Bernie the Red. But Taibbi is also intellectually honest, to the point that I trust his factual cites and his analysis, even if I disagree with his ultimate conclusion. Suffice it to say, Saletan is no Taibbi.

Under Saletan’s logic, if Trump is responsible for all deaths due to Covid-19, then Obama and Biden must be deemed liable for all of the deaths of people who became afflicted with H1N1 during the pandemic on their watch, when there was no shutdown of the nation, nor any mandate to wear masks in public. Wholly unsurprisingly, though, Saletan has never taken that position, either in the instant case or in any of his prior writings. Saletan never explains in his most recent article why the H1N1 pandemic was different in that respect from Covid-19, but it is implicit. The sole dispositive difference is ORANGE MAN BAD.

Saletan’s premise is that, if only Trump had not been some combination of evil and incompetent in leading the federal response to Covid-19, then no one in the U.S. would have died — or, at least, many fewer people would have died. It is not necessary to get into the weeds to test the validity of each of his citations. \Those few that are not spin are, for the most part, objectively false. Just one example is his claim that “[Trump] disbanded the federal team in charge of protecting the country from biological threats . . .” Nor is it necessary to cover Saletan’s many omissions of relevant facts favorable to Trump (see detailed timeline). There is no reason for any of that because, as a threshold matter, Saletan’s entire premise is ludicrous.

We have the world’s most advanced economy, which of necessity means that we are the most physically interrconnected nation in an increasingly interconnected world. There may be populations in some countries, such as headhunting aborigines in small colonies deep in the Amazon, that are cut off from the outside world and will never experience Covid-19, but such isolated populations do not exist in this nation. In other words, the entirety of the U.S. is vulnerable to the Covid-19 virus. It was not and never will be possible to stop the progress of Covid-19 throughout the nation short of gaining herd immunity.

Given a disease that is moderately to highly communicable, it is inevitable that the vast majority of people in America will be exposed to Covid-19 at one time or another, just like the flu or the common cold. Indeed, Saletan studiously ignores the fact that the basis for the “shut down,” was never to stop Covid-19’s spread permanently. The goal always was to flatten the curve of those requiring hospitalization so as not to overwhelm the medical system in the March-April timeframe.  The fear was that overwhelming the system would lead to deaths from a lack of available care, as happened in Italy. Using that metric, Trump’s response was a complete success. Even at the site of the worst of Covid-19 infections in the U.S., New York, hospital capacity was never overwhelmed.

Moreover, Saletan tries to make Trump an omnipotent dictator, excusing all others of any and all responsibilities related to Covid-19. The reality is that those things at the federal level that Trump could do, he did imperfectly, but with overall good results. Everything that the governors asked of Trump, from ventilators to hospital support, he provided. And while the CDC and FDA may have failed with their initial testing for Covid-19, that is hardly Trump’s fault.  In other words, the initial failure on testing did not come about because of a Trump policy initiative. To the contrary, between unilaterally nixing regulations that impeded the federal response to involving the private sector in testing, Trump’s response to Covid-19 was effective and substantial.

But Trump is a President with limited powers, not a dictator. In reality, the responses of individual governors to the virus were every bit as important as Trump’s. Again this is something Saletan ignores, but it is crucial when evaluating Covid-19 deaths.

For COVID-19 cases the . . . elderly are at the greatest risk of dying, if infected with this virus.

It may not simply be that the older you get, the more at risk you are, though. As we show in the next section, the CFR for people with underlying health conditions – such as cardiovascular diseases, respiratory diseases or diabetes – is higher than for those without. Elderly people are more likely to have those conditions, which is likely to be part of the reason why the elderly are most at risk from COVID-19.

The average age of those who have died in the U.S. from Covid-19 is 75.  And from the American Council on Science and Health:

. . . [D]eaths in young people (from babies to college students) are almost non-existent. The first age group to provide a substantial contribution to the death toll is 45-54 years, who contribute nearly 5% of all coronavirus deaths. More than 80% of deaths occur in people aged 65 and over. That increases to over 92% if the 55-64 age group is included.

To answer the question I posed at the top of the post, William Saletan is an intellectually dishonest piece of human garbage. He is perfectly at home in today’s mainstream media.  And that media, to quote Ms. BWR’s observation of this day, is ” truly America’s enem[y].”

[Correction:  This post updated to note that Arizona’s governor is a Republican]