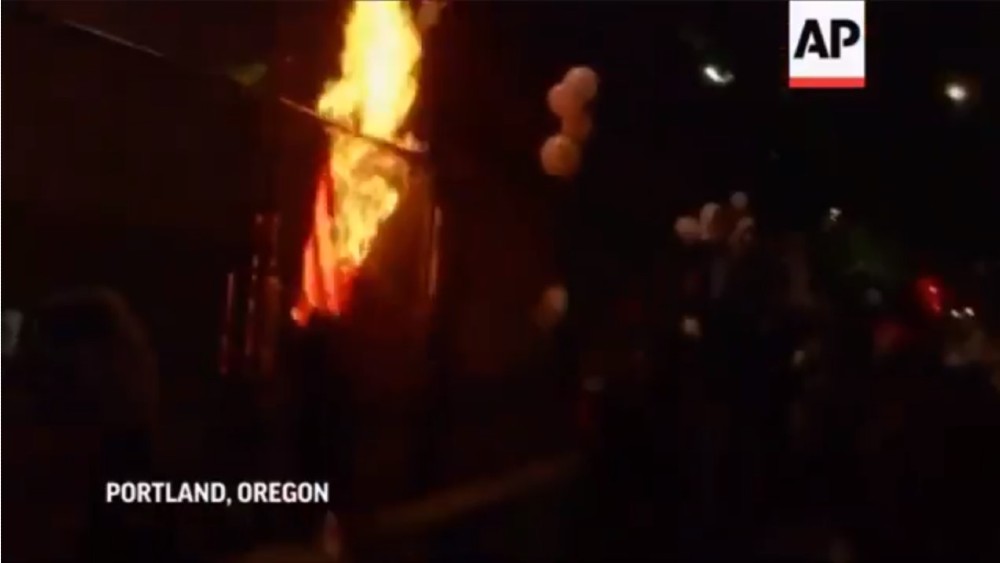 I had the germ of an idea and a very smart person turned it into the perfect campaign video, one that should be widely shared.

On Monday, I boasted that I had come up with a great idea for a pro-Trump and Pence political advertisement. I based it on the anti-drug television commercials from the 1980s. If you’re over 40, you may remember them. They identified an egg as “your brain”; a frying pan as “drugs”; and a sizzling egg as “your brain on drugs.” The group that created these ads was the Partnership for a Drug-Free America.

The ad played in my head whenever I read anything about how Antifa and BLM — both of which are the paramilitary arms of the Democrat party — were engaged in destructive violence in Democrat-run cities. I’ve been to a lot of those cities — e.g., St. Paul, Minneapolis, Seattle, and Portland — and remember them as very beautiful places. Seeing them torn apart, burned down, and bloodied is terribly disturbing.

With those images and the old ad campaign playing in my mind, I used my minimal visual, creative, and computer design skills to rough out a poster about the Antifa scourge in America’s cities. Here’s that poster: 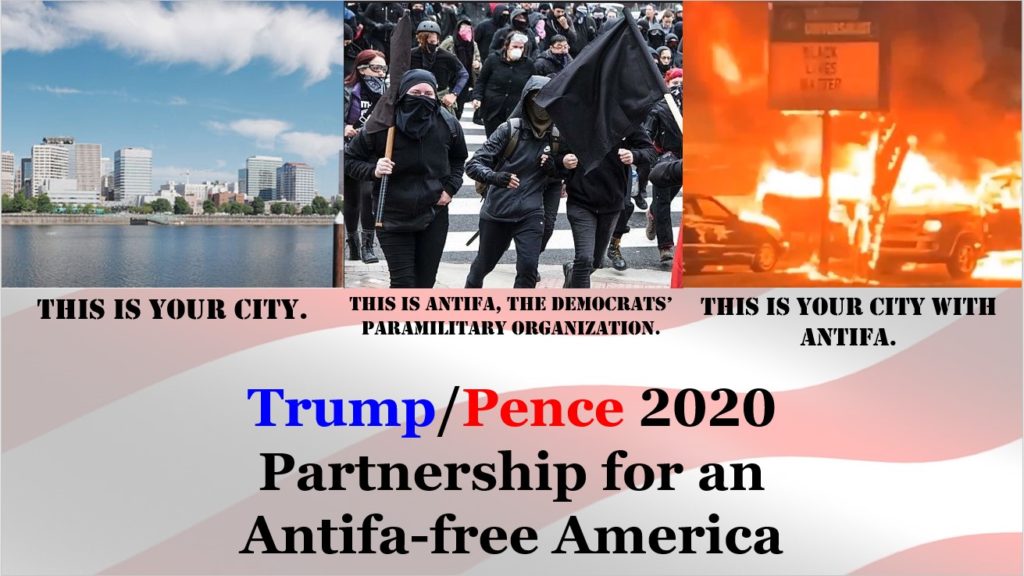 Imagine my delight when one of my readers put together a clean, simple, and very powerful campaign video to bring my flat idea to life:

I think my idea’s decent and I think the video is incredible. I urge you to share the video far and wide.