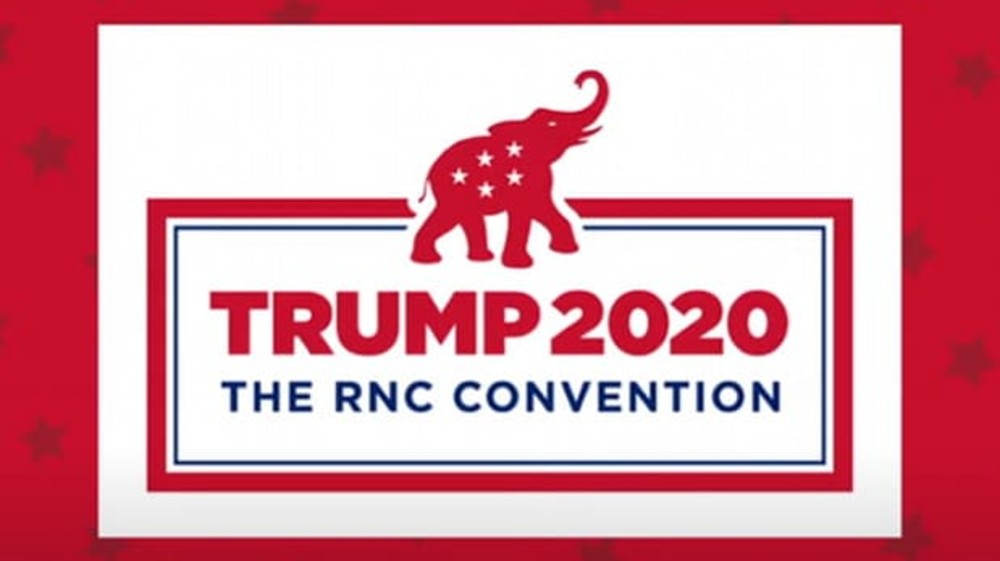 America, the Land of Opportunity

The major theme of the night was “land of opportunity,” with emphasis on economic opportunity under Trump, but also “the land of opportunity” in other important ways, particularly the right to a second chance for criminals who have served their time, a new life for lawful immigrants, the right to life, and the right to potentially life-saving medicines.  Moreover, Mike Pompeo spoke to national security — a prerequisite to enable Americans to make use of all other opportunities — and Trump continued what is a relentless pitch for black votes.

White House Economic Advisor Larry Kudlow gave a short speech on the Trump economy prior to the Wuhan Flu and made some very upbeat projections going forward:

“Our economic choice is very clear: Do you want economic health, prosperity, opportunity and optimism? Or do you want to turn back to the dark days of stagnation, recession and pessimism?” Kudlow said in remarks on the second night of the 2020 Republican National Convention.

“I believe there can’t be better economic policies than we’ve had in recent years. So I say, stay with him.” . . .

. . . [Prior to March and the pandemic,] “everyone was better off — a rising tide lifted all boats,” Kudlow said.

“Right now, our economic health is coming back — with emergency spending and tax cuts, Americans are going back to work,” Kudlow said. “There’s a housing boom, there’s an auto boom, a manufacturing boom, a consumer spending boom. Stocks are in record territory. A V-shaped recovery is pointing to better than 20 percent growth in the second half of this year.”

Well, we won’t have that recovery if Democrats have anything to say about it — or MSNBC, for that matter, but I repeat myself.  Rachel Maddow actually cut into Kudlow’s remarks to insure that no one would think there is economic daylight at the end of the Wuhan Flu tunnel.

Many of the speakers and pre-recorded segments that followed were of everyday Americans who benefited from the Trump economy.  One that stood out was a former Never Trumper, James Joyce, a lobster fisherman from Maine

Another speaker of note on the theme of economic opportunity under Trump was from flyover country — Eveleth, Minnesota’s Democratic Mayor Robert Vlaisavljevich.

I doubt the economics will be clarified by November — there are too many progressives with a vested interest in destroying the economy in order to justify taking power.  But I seriously doubt the ability of these liliputins to keep the economy so effectively tied down that an explosive recovery is not foreseeable and imminent.

Opportunity For A Second Chance and Black Outreach

Bank robber Jon Ponder on Tuesday shared his unlikely road to redemption as a born-again prisoner rehabilitation advocate and praised President Trump for shaking the hands of 29 ex-prisoners.

Ponder, speaking on the second night of the 2020 Republican National Convention, is now founder and CEO of HOPE for Prisoners, Inc. in Las Vegas, and helps other former prisoners rejoin society. He reflected on Trump’s visit to his group’s “graduation ceremony” in February.

Trump “went out of his way to shake the hand of every one of those 29 graduates,” Ponder said.

“Today, praise God, I am filled with hope. A proud American citizen who has been given a second chance. My transformation began in a prison cell, while I found myself a three time convicted felon facing yet another sentence. I gave my life to Jesus” Ponder said. . . .

Ponder’s story was quite powerful — and at the end of the segment. Trump concluded by issuing Ponder a pardon.

Cameron, the first black person elected AG in Kentucky, invoked Biden’s now-infamous gaffe of saying in a May interview that black voters torn between voting for him and Trump “ain’t black.”

“Mr. Vice President, look at me. I am Black. We are not all the same, sir,” Cameron said. “I am not in chains. My mind is my own and you can’t tell me how to vote because of the color of my skin.”

Cameron continued to deliver a blistering rebuke of the former veep, and accused Democrats of taking black voters for granted. . . .

This continues the black outreach that has the progressives quite concerned.  Dem. flack Chuck Todd raised the issue of Trump “overperforming” with black men.  And Van Jones, on a recent CNN panel, stated “there is no denying what President Trump has done for the black community.”

“Everybody here..should applaud the fact that the Trump administration has helped the black colleges, criminal justice reform. There is stuff here that should be applauded,” he said.

That went over like a lead balloon.  Actually, rather than applaud it, the progressives are calling black Republicans “Uncle Toms” on twitter. And CNN managed to cut to a commercial Monday night when Kim Klacik spoke at the convention.

It has decades since Republicans should have been making this type of a push to bring black voters back into the Republican party.  And the time has been ripe for doing so since at least 2012 when the plight of black Americans under Obama stood out in stark contrast to the rest of the country.  If Trump succeeds, it will work a sea change to American politics on one hand and vastly improve the lives and opportunities of black Americans on the other.

Ryan Holets, a New Mexico police officer, voiced his thanks to President Trump during the second night of the Republican National Convention for his declaration of the opioid crisis as a public health emergency.

Holets shared a personal story about how opioids have affected his and his family’s life in a very unique way – he adopted the baby of a woman that he saved who was addicted to opioids.

It was quite a story.  The third segment, which I have not been able to find on youtube, is about those critically ill patients who have been able to access experimental drugs as a last-chance hope to save their life.

Land of Opportunity for Immigrants

In a pre-recorded segment, five lawful immigrants to America, having completed the required process, were sworn as U.S. citizens in a ceremony attended by Trump in the White House.  This from the Washington Examiner:

The Republican National Convention took a break from the normal partisan beat of a convention to highlight one of the greatest American events that doesn’t get talked about enough, as five immigrants became naturalized United States citizens.

“Today, America rejoices as we welcome five absolutely incredible new members into our great American family,” President Trump said. “You are now fellow citizens of the greatest nation on the face of God’s earth.” . . .

This was a relatively low-key event.  The RNC did not use it to highlight either illegal aliens, the wall, or the broken immigration system.  Still, the MSM could not resist condemning the event.  As NBC commented:

As President Donald Trump swore in new Americans on the second day of the Republican convention, hundreds of thousands of immigrants waited in a citizenship backlog.

And many are unlikely to be able to vote this year as a result.

Trump has a very strong record of national security accomplishments.  Rand Paul first spoke to it early in the evening, commenting that Trump is taking us out of wars and bringing our soldiers home.  But it was Mike Pompeo, speaking in a short recorded segment from Jerusalem, that summed it up.  This from the NY Post:

“The primary Constitutional function of the national government is ensuring that your family and mine are safe and enjoy the freedom to live, to work, to learn and to worship as they choose,” said Pompeo, in remarks pre-taped at an undisclosed location in Jerusalem.

“Delivering on this duty to keep us safe and our freedoms intact, this president has led bold initiatives in nearly every corner of the world,” he said.

But he also talked up alliances Trump has cultured around the globe, as with Israel.

“The president moved the US embassy to this very city of God, Jerusalem, the rightful capital of the Jewish homeland,” he said. “Just two weeks ago, the president brokered a historic peace deal between Israel and the United Arab Emirates. . . .

Pompeo’s speech had the proggies going off the deep end.  This LA Times article is a relatively mild version of what is going on in progressive fantasy land.

The First Lady gave the concluding speech of the evening from the newly remodeled KKK Garden of White Supremacy at the White House.   As a threshold matter, I think it safe to say that no First Lady has ever looked so good in what appeared to be a Cuban military knock-off uniform.  All she needed was a beret for the full “Che” effect.  Fashion aside, her speech was good and not overly memorable but for one key point.  She called for civility as she highlighted America as a melting pot:

“We must remember that today we are all one community comprised of many races, religions and ethnicities,” Melania Trump said. “Our diverse and storied history is what makes our country strong, and yet we still have so much to learn from one another.”

I do believe the lady gets it.

Overall, it was a strong second night and, for the most part, quite upbeat. But so was night one, and that didn’t stop the journolist from coming out with an obviously coordinated response. God help us if these bastards succeed in pushing Joe and Kamala over the finish line.