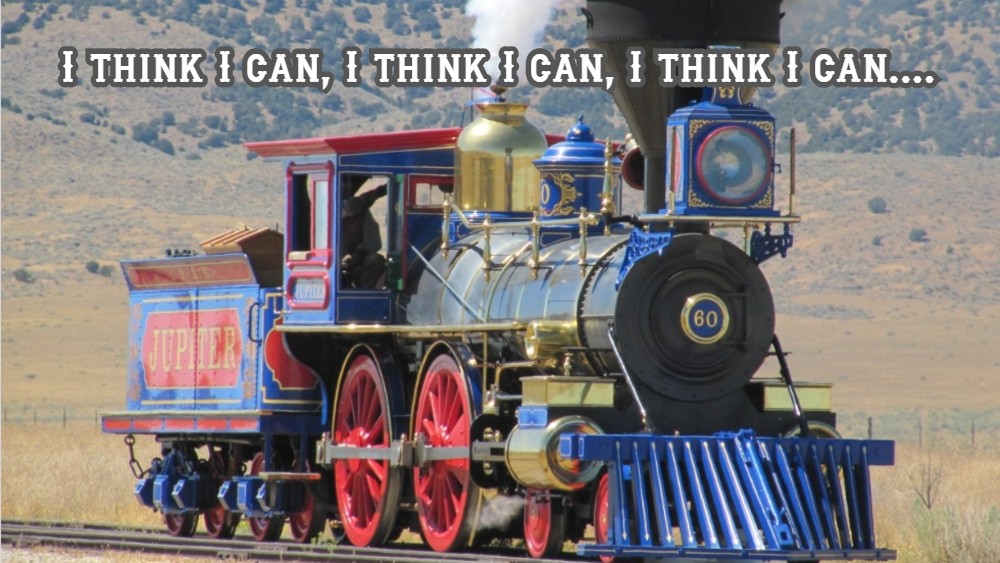 One of my favorite books, back when I was quite little (younger than 5 or so), was The Little Engine That Could. I also loved the Burl Ives song that went with it:

Another of my favorite books at that time was Mike Mulligan and his Steam Shovel.

Both books celebrate an individual’s ability to achieve something through hard work. Neither is about a team effort. I vaguely remember more books like that — books about successful individuals — although sitting here I’m just too tired to put a name to them.

Wath occurred to me is that, when my own kids were little, back in the “long ago” early 2000s, the new generation of books for children was about collective accomplishments. Again, I’m too tired to think about specifics. I just have a memory of classrooms, teams, neighborhoods, communities, etc., accomplishing things.

None of them stand out in my mind as books about an intrepid individual. The only exceptions were the politically correct books telling how someone black, Asian, female, Hispanic, gay, etc., fought back against an oppressive system.

Am I rewriting my childhood as well as my children’s, placing over real memories a political gloss that suggests subtly advancing leftism in books for little kids? It’s been a long time since I sat with my children and read them storybooks and an even longer time since I learned how to read storybooks on my own. My sister thinks I’m correct, but she’s even older than I am and never had children.

Would anybody care to chime in on this one? Don’t be shy. You can confirm my vague feelings or set me straight.