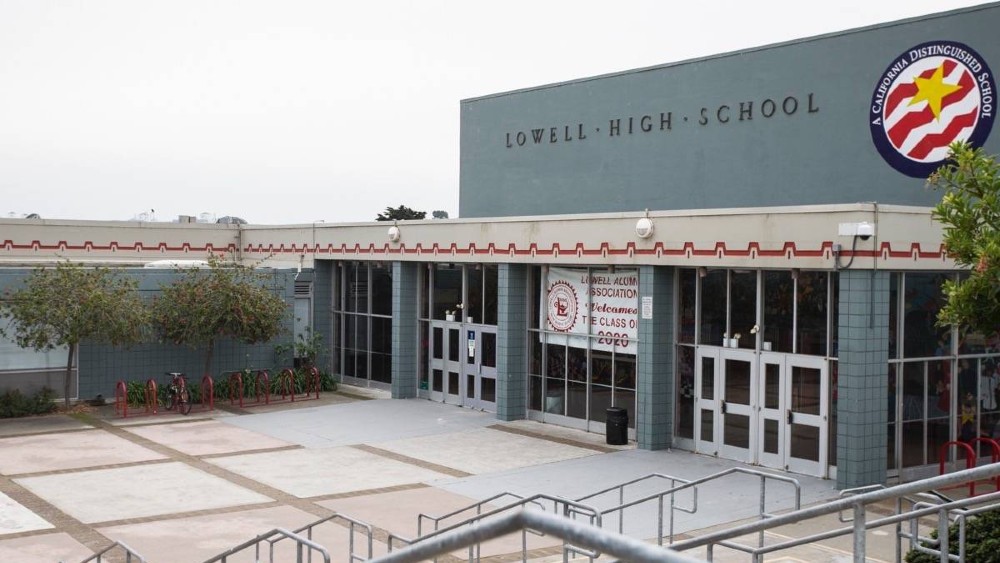 I’m on a short road trip. I had the pleasure on this trip of connecting with very dear friends. It’s been so long since we’ve seen each other, I wasn’t sure if I was walking into a Biden or Trump home. I’m happy to report that not only are my friends the same wonderful people I remember, they’re Trump all the way.

Catching up meant no blogging, so I thought I’d share with you the thoughts of someone who sits on San Francisco’s Board of Education. As best I can tell, the context is the school board’s latest attack on Lowell High School. Once, it was ranked in the top ten of all high schools in America (that was back when I attended, although no thanks to me). Entry was by grade only.

The school board has always hated it. For a long time, after I left, the city imposed quotas, limiting the number of Asians who could get in and holding places for blacks who didn’t grade in. The Asians finally sued that discrimination out of existence. Now, admission is based on grades, tests scores, and some fancy term that boils down to showing through your life story that you come from a disadvantaged background. I think 30% of all spots go to these kids who are too disadvantaged to qualify academically.

The school board, however, has seen the lockdown as the time to deal a death blow to Lowell. It’s announced that, because of the virus, admission will be based on a lottery, as with any other public school. No more grade requirements. The board says that will be only during the lockdown, but everyone knows it’s a lie. Alumni are unhappy, as are current parents and students, who are witnessing the value of their work get degraded.

The following critical race theory is what a board member put on Twitter (and maybe created a few Trump voters by doing so):

A thread by Alison Collins 高勵思

This is a “learning moment”. So let’s get educated.

This article was recommended by Dr. @DumiLM an associate professor at NYU, my alma matter! (Thank you! 🙏🏽 )

It discusses the history of eugenics and standardized tests, and their relationship to the concept of meritocracy. 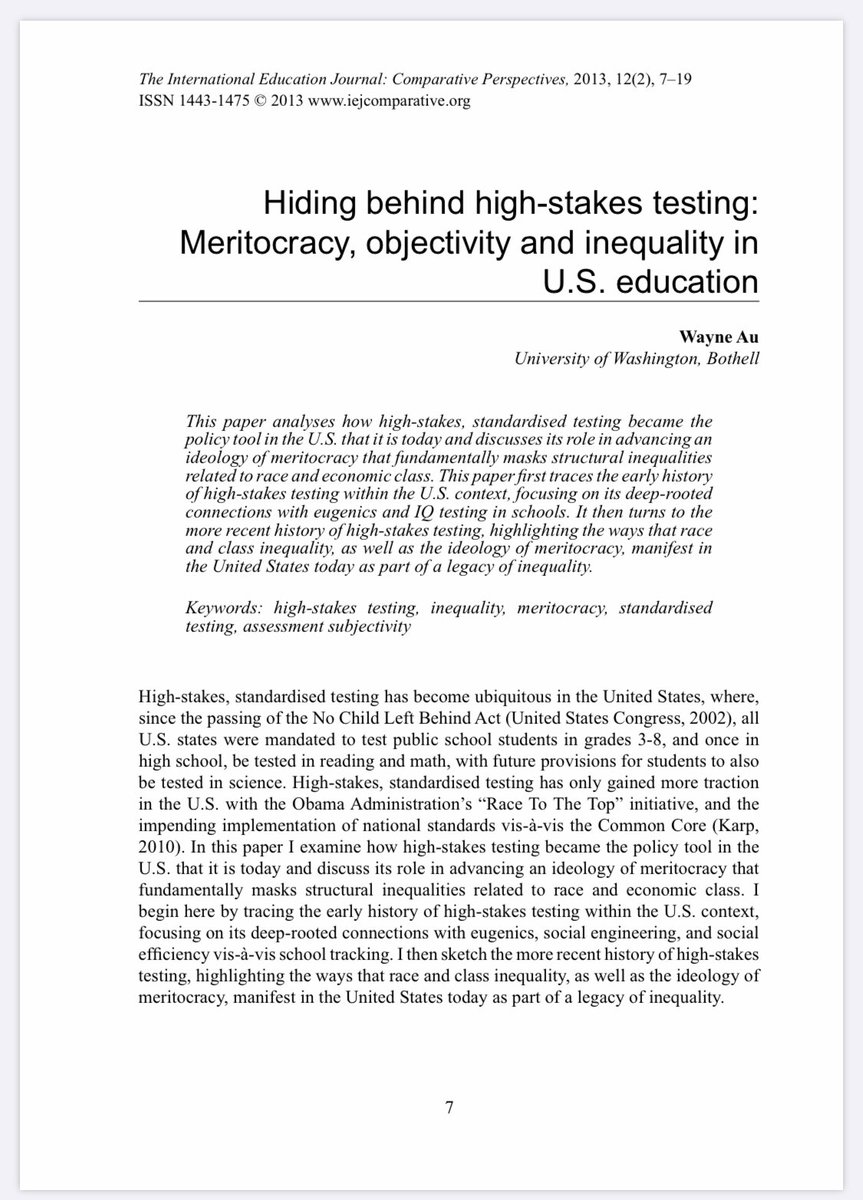 Here’s a link to the full article: (files.eric.ed.gov/fulltext/EJ101…)

I’m sharing this article because I’m hearing from community members offline there is a LOT of anti-Black/Latinx sentiment popping up in online spaces and within Lowell community because of the discussion coming up about considered changes in Lowell’s admissions policy. For the record, admissions changes are being considered based on logistics (SFUSD doesn’t have grades or tests scores as we did in previous years due to COVID-19.) Nonetheless, when the topic of Lowell admissions comes up, so does race, which I feel needs to be addressed.

Please be aware: what we say has impacts on Black, Brown and Asian children. Some comments folks are making are creating trauma for Black/Brown children, families and educators who have been targets of racial aggression in educational systems, incl. public, private and charter.

Please be mindful that “merit” is an inherently racist construct designed and centered on white supremacist framing that justifies who IS and ISN’T worthy of education, safety, justice, empathy… basically humanity.

When we say some kids “deserve” access to a quality education, we are also inherently saying some don’t.

When we say some schools are “academic” we are saying others aren’t.

When we say some cultures value education, we are saying some don’t.

These are what folks who are experts in critical race theory call binary thinking. Black vs. White, good vs. bad, safe vs unsafe…

These are all ways we racially code our world based on implied beliefs that privilege whiteness. This is also known as the “white frame”.

And, yes, this even applies at a majority Asian-American school. The Model Minority Myth only exists within the context of a continuum that pits people of color against one another yet leaves the status quo unchecked.

Fundamentally the issue of selective enrollment is about access and resources, not justice. In this way “merit” is not about fairness, it’s just another sorting mechanism to justify who does or doesn’t deserve access to resources.

If you are interested in exploring this conversation further, I discussed the question of merit a while back in a post I did on my blog. (sfpsmom.com/so-whats-wrong…)

Please keep in mind, data presented in this post 👆🏽is several years old, and gentrification and displacement has made disproportionate representation for Black students an even bigger issue in all high choice high schools in SF except Ruth Asawa SOTA.

The Lowell’s culture has also had an impact on Black and Latinx children choosing the school. But that conversation is for another post.😁

I also want to say, this is not to disparage any Lowell students or families, or those who wish to go there. I’m talking about the concept of merit which I believe is really harmful in our district.