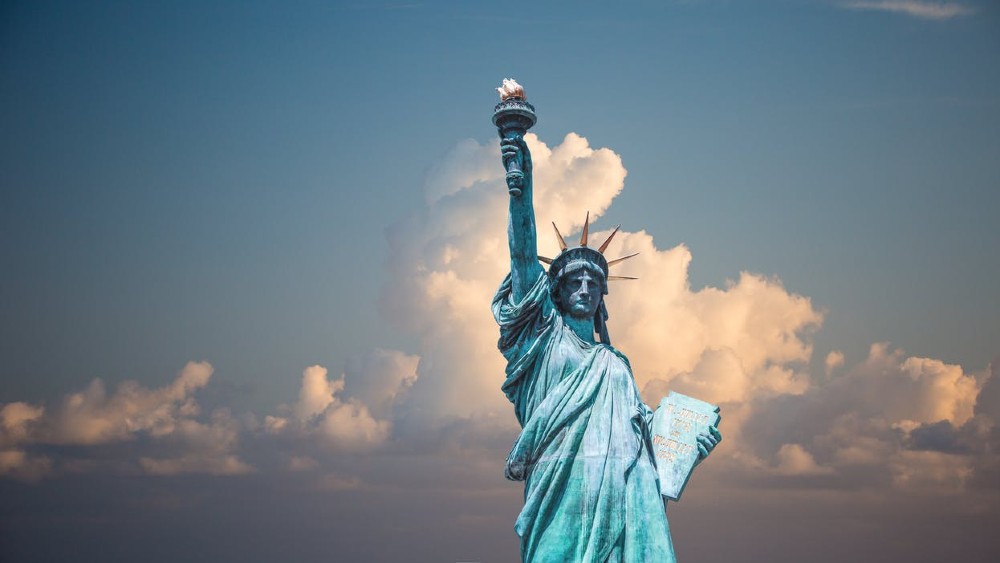 Nodrog imagines what this country might look like in 34 years if we beat back the fraud in this election.

The little girl was standing in the sunshine, holding her grandfather’s hand, looking up at the huge statue.

“That was the first female President of our country. You are named after her.”

Laughing, “No, your real name. When I was a boy she led the country out of the waste-land. There are six statues just like this in six State capitals, Michigan, Wisconsin, Georgia, Pennsylvania, Arizona, and Nevada. . . and countless smaller ones in smaller cities and towns all across America. There are even some overseas.”

“A lot think she was. When she exposed the treason within the nation she went on to become President and restored the World’s faith in democracy.”

“When I was a boy America had become divided – half hated the other half.”

“Worse. You wouldn’t hit Betsy would you?”

“Well half the country hadn’t hit back for a long time and one side decided it could be in charge all the time. And they cheated.”

“You are right Pumpkin, it was like the country was a school playground. Anyway, the bad people were found and went to jail and all the kids in the playground found that they could be friends as long as they weren’t being told all the time that they hated each other.”

“Right again. America had been divided into “Them and Us” – and we were no longer the United States of America – nothing united about us.”

“Can we get an ice cream now?”

“Sure we can Honey, that’s sort of what America had been saying for 100 years – every time it got hard they went for an ice-cream.”

“Can I have strawberry please, why are you smiling?”

“I amuse myself sometimes. Where was I, oh yes, fighting in the streets – friends hating friends. It was terrible and then Madam President, before she became that, showed everyone that they were being manipulated by China and Iran and a whole lot of really bad people who didn’t want America to have any fun anymore.”

“And they made her a statue.”

“And they made her a statue, but not before she brought America back together, all working for the same goal. She got rid of the “Them and Us” attitude until we were just “us” – working for life, liberty, and the pursuit of happiness. That’s why the plaque on the statue says “US of America.”